"We just want everybody to take things seriously here and just stay indoors, it's not going to be that much longer." 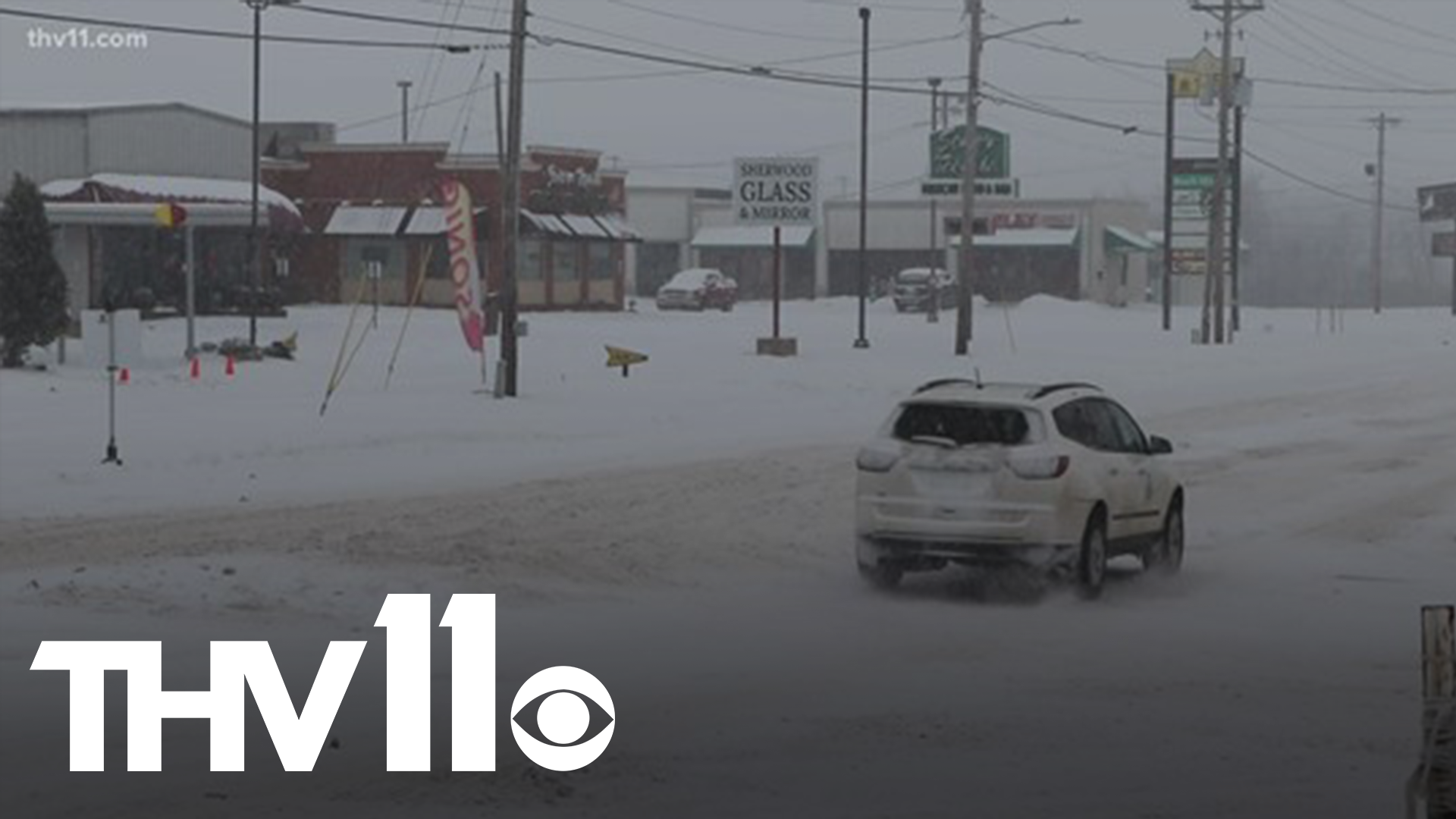 SHERWOOD, Ark. — The message has been clear from the beginning: Don't be on the roads if you don't have to.

Whether it's the highways or your city streets, it's just too dangerous out there.

While these dangerous conditions only worsen as the snow continues to fall, police departments are sending out a warning.

The snow-covered streets and icicles forming on buildings paints a beautiful picture of the natural state.

"Enjoy the weather, enjoy the snow, I know this is something Arkansas doesn't experience a whole lot of," Officer Richard McNeil, with the Sherwood Police Department, said.

But past the fun and games and beneath the powdery precipitation lies treacherous travels.

That's why local law enforcement like Perry County Sheriff's Office and the Sherwood Police Department is pleading for Arkansans to stay home.

"I've seen people try to pull into their driveways and get stuck midway in their driveway," Deputy Bill Finley, Chief Deputy for the Perry County Sheriff's Office, said.

All of Finley's officers are either on duty or standing by in Perry County.

The last few days have been spent helping people who are stuck on the side of the roads and camping out in troubled spots.

"I actually even had a officer go to the drugstore here in town and was picking up stuff for the nursing home," he said.

Deputy Finley describes the roads as dangerous, too slick, and some even "impassable."

That same message comes from a police department miles away after their officers received over 80 calls in a span of 24 hours, according to Officer McNeil with the Sherwood Police Department.

"That was absolutely, it was unsettling to be honest with you," he said.

McNeil said Sherwood police have had to push cars up hills and pulled some out of ditches, which is why they can be seen scattered around the city ready to help at a moment's notice.

"When one officer clears a call, he's dispatched to another call and it was like that around the clock yesterday," he said.

At this point, Officer McNeil said it's nothing more than common sense.

"We just want everybody to take things seriously here and just stay indoors, it's not going to be that much longer," he said.

RELATED: Snow continues to fall over most of Arkansas Wednesday morning

Both the Sherwood Police Department and the Perry County Sheriff's Office are giving rides to those essentials workers, so feel free to reach out if you need a ride to work.

Late on Wednesday afternoon, the Camden Police Department also posted on Facebook asking everyone to please stay home and off the streets, so the message is clear.