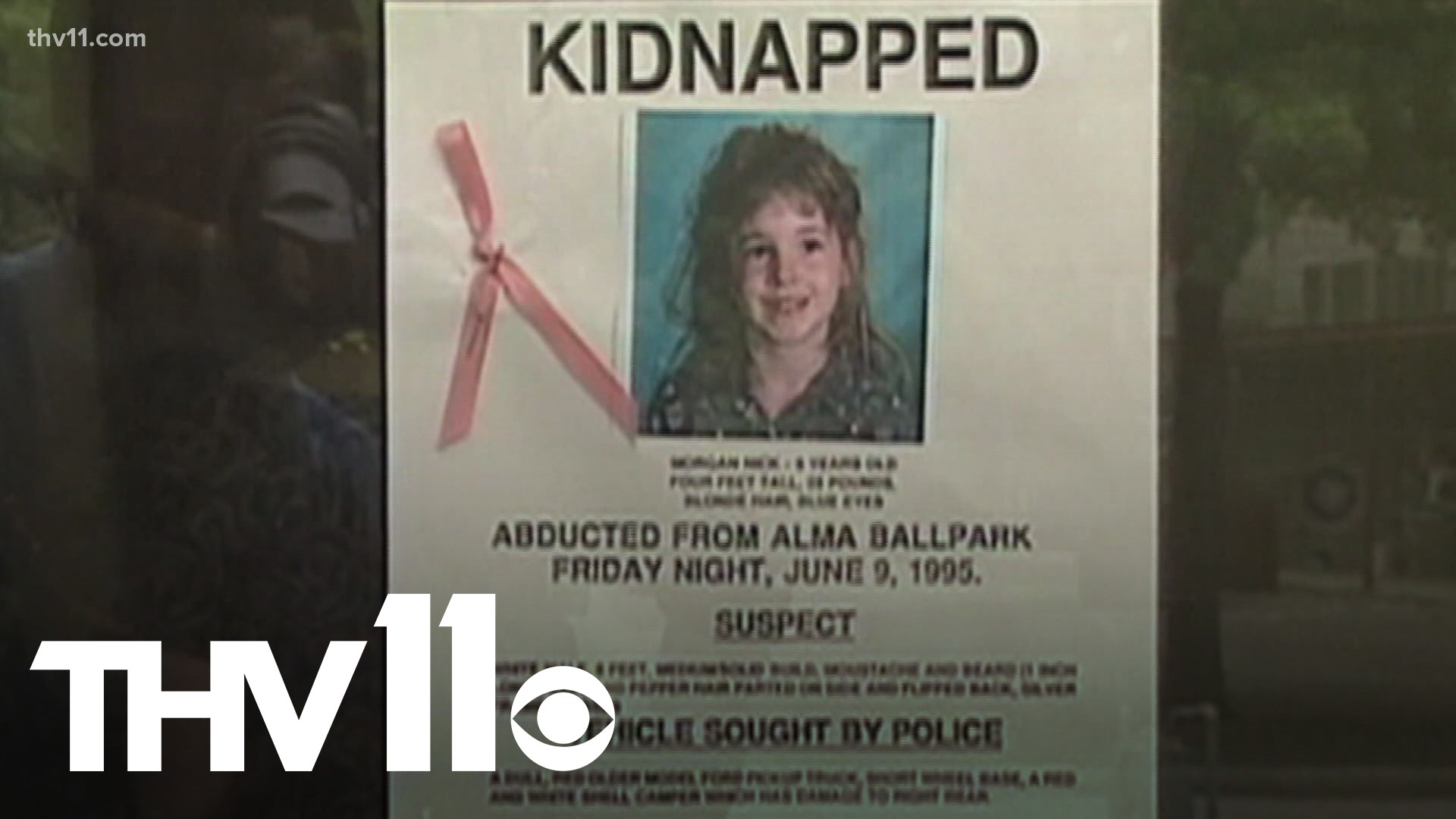 Morgan Nick was abducted from an Alma ballfield in June 1995 when she was just six years old.

Though she's still missing today, Colleen has found a lot of hope in the documentary about her daughter’s abduction.

"Since it's aired here in Arkansas, we've had 200 leads that have come in. Some of those leads have never been called in before,” said Colleen, Morgan Nick’s mother.

Colleen said although she's always held out hope for her daughter Morgan's return, 26 years later, these leads are valid. Which has encouraged her family.

"They are very good leads that are being investigated at the local state and federal level,” said Colleen.

The Still Missing Morgan documentary took two years to piece together and after watching the 90-minute segment, Colleen is pleased with how it depicted her daughter's disappearance.

"We provided home video that had never been seen before. And I believe the documentary does a really good job of showing what happened to Morgan that night,” said Colleen.

Morgan was playing with two of her friends at an Alma ballfield on the night of June 9th, 1995.

When they all started running back to the bleachers, Morgan stopped to tie her shoe and that's the last time anyone saw the 6-year-old.

And 26 years later, the documentary showed a red truck with a white camper shell.

Colleen said detectives have made that truck a priority in the investigation.

"They believe it might have been involved in Morgan's abduction,” said Colleen. “And they are really asking people to look at that truck. Look at that camper shell and find the courage to call police and report anyone you might have known who drove a truck like that back in 1995."

Every day Colleen and Morgan's family and friends remain hopeful and Colleen will keep fighting for her daughter until she has answers.

"Our end goal is to find Morgan and to bring her home if she survived and if she is out there somewhere waiting for us. And, if she didn't survive, we want justice for Morgan,” said Colleen.

If you missed the Still Missing Morgan documentary on THV11, there will be another opportunity for you to see it. Sometime this year a longer version of it will air on a national streaming platform, but the exact date is unknown for now.