"This will be an economic boom for the area not seen since the construction of Arkansas Nuclear One." 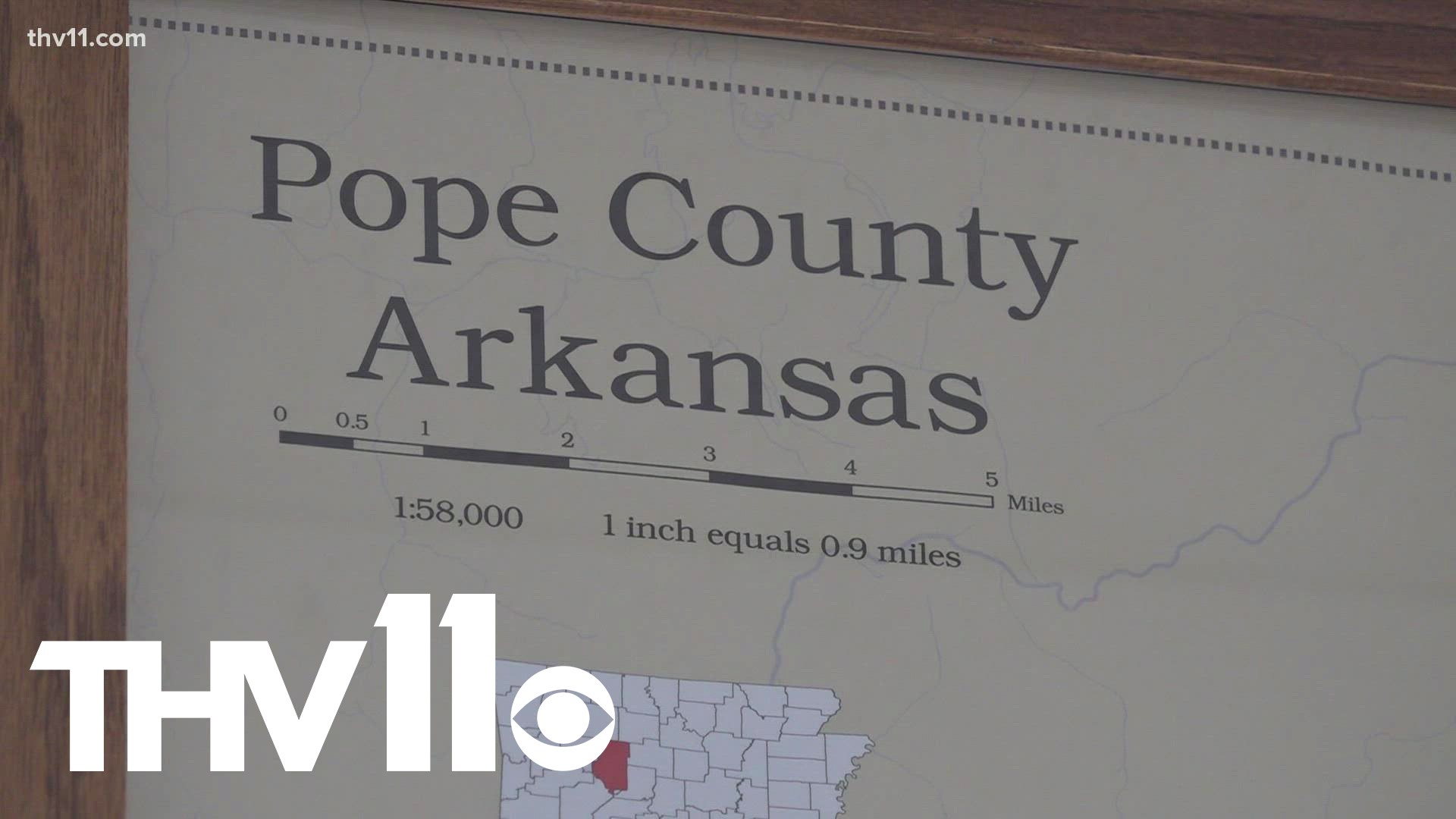 Coming soon is the new Pope County casino, but don't count on it being done any time soon.

"We're further along in this process than we were three years ago," Pope County Judge Ben Cross said.

If you asked Judge Cross what he thought of a casino in Pope County, he'd be upfront with you – he wasn't a fan.

"Once litigation started under my predecessor, I inherited that litigation and had to see it through," he said.

Three years later though, and now they'll have one. Legends Resort and Casino, owned by Cherokee Nation Businesses, will eventually open in northeastern Russellville.

But, a start date for when the casino will open has not yet been decided– there's still pieces holding this up.

"In light of the fact that there's still pending litigation in this entire issue, you know, first it's caution," Judge Cross said. "Because we know there's not going to be a groundbreaking in the next week or two."

Currently, there's two pieces of litigation in Pulaski County that are slowing this down. Judge Cross didn't want to speculate as to when those would wrap up, but he knows there is something coming for the county.

And the benefits from it could be huge.

"This will be an economic boom for the area not seen since the construction of Arkansas Nuclear One," Judge Cross said. "Just in the sheer amount of revenue that will be produced during construction, and then the jobs created."

This would also benefit the surrounding areas of Pope County as well. Cities in the county would get millions as part of an Economic Development Fee.

Christie Graham is the Executive Director for the Russellville Tourism and Visitors Center. In a statement, she said in part:

"Tourism is very healthy and vibrant in Pope County and we are ready to continue to grow and show people our beautiful area!"

Judge Cross said while the date to break ground is still up in the air, he knows his county is ready – and so are the owners of the casino.

"The corporate level of Cherokee Nation Businesses also are eager to get started, and are proceeding on with land acquisition as we speak," he said.

But, local officials aren't the only ones excited for the casino's construction. In a statement, CEO of Cherokee Nation Businesses Chuck Garrett, said:

"Friday’s issuance of the license to CNB and Legends Resort & Casino marked an exciting and significant milestone in what has been a long and complicated process. Legends Resort & Casino will be a premier casino resort with elevated amenities specifically designed to reflect the beautiful and unique qualities of the River Valley and serve as a much-needed anchor for economic growth. Our continued thanks to Pope County Judge Ben Cross and the hundreds of community supporters who have advocated for CNB as the operator of choice. We are eager to put forth our large-scale development plans to the Russellville Planning commission, and ultimately, for litigation to come to an end so that we can proceed with construction. We look to have many exciting announcements to share in the near future.”