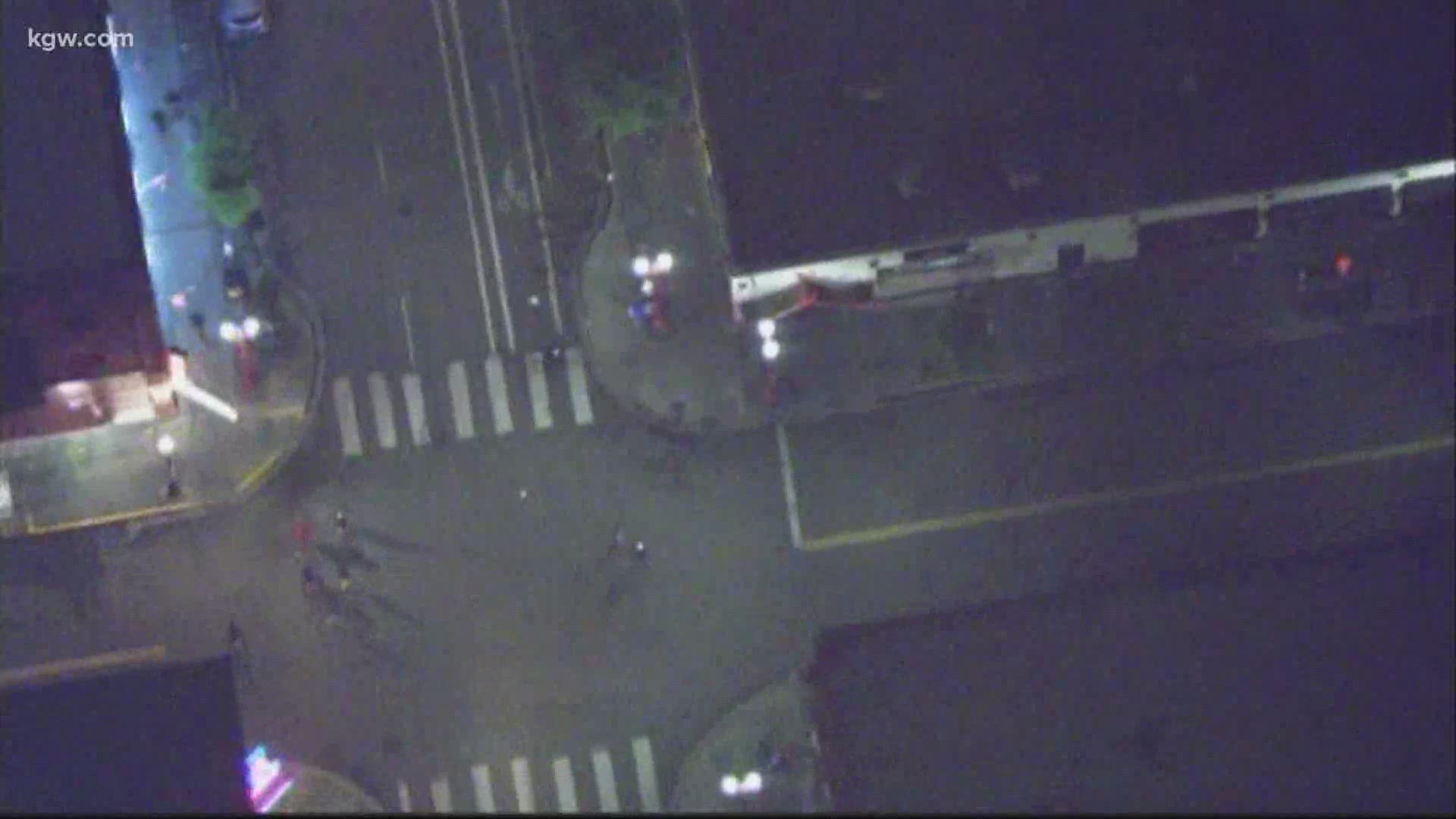 PORTLAND, Ore. — For the second night in a row, a large group of protesters hit Portland streets following the death of George Floyd in Minnesota.

Saturday night's gathering was quickly declared a "civil disturbance" as SWAT officers spread throughout the city in an effort to quell rioting and violence.

Officers said they arrested 48 adults and nine underage kids, who were later released to their parents.

Portland police said during the protests, which lasted around 5 hours, protesters threw fireworks at the Multnomah County Courthouse, projectiles at officers and assaulted an officer.

Several social media posts going around Portland claimed there would be a riot at the Lloyd Center Mall on the east side, but a heavy police presence began in the area about an hour prior. The Lloyd District area, like downtown, was quickly deemed an "unlawful assembly" as some demonstrators gathered there.

Police tweeted around 2 a.m., saying things had died down.

Police used flash bangs against the crowd earlier in the evening, as they gathered at the Multnomah County Justice Center in downtown Portland around 8 p.m. Saturday.

Initially, hundreds of protesters attended the demonstration, but quickly disbursed into smaller groups as Portland police attempted to break up the gathering. As of 10 p.m., only small groups remained downtown.

The protests began in Portland Friday night, following a vigil for George Floyd, the black man killed by a Minneapolis police officer.

At least 13 people were arrested as a peaceful vigil turned into a riot in downtown Portland Friday into Saturday morning, that led to several fires, looting and acts of vandalism. Two officers were injured, and a bystander in a car was shot.

RELATED: Here's what a mandatory curfew means in Portland