The protesters gathered outside the Capitol building on Saturday afternoon as police monitored the situation. 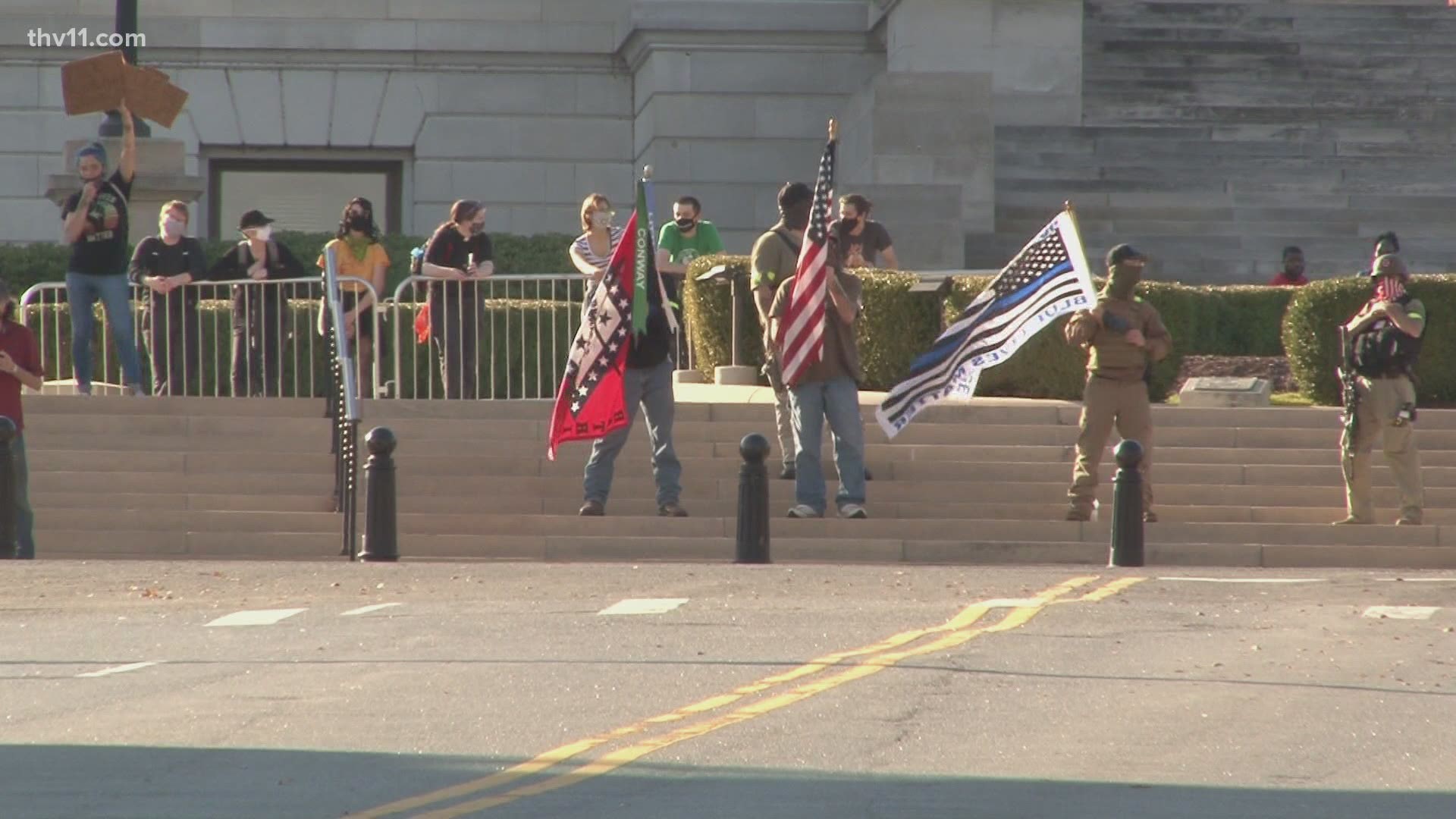 According to Michael Hibblen with KUAR, at one point in the afternoon, a group of heavily armed protesters joined the Trump supporters in front of the Capitol.

Several of our viewers said they witnessed the two groups shouting at each other, but it didn't seem to escalate further than that with police monitoring.