"This situation won't get any better until they start making changes." 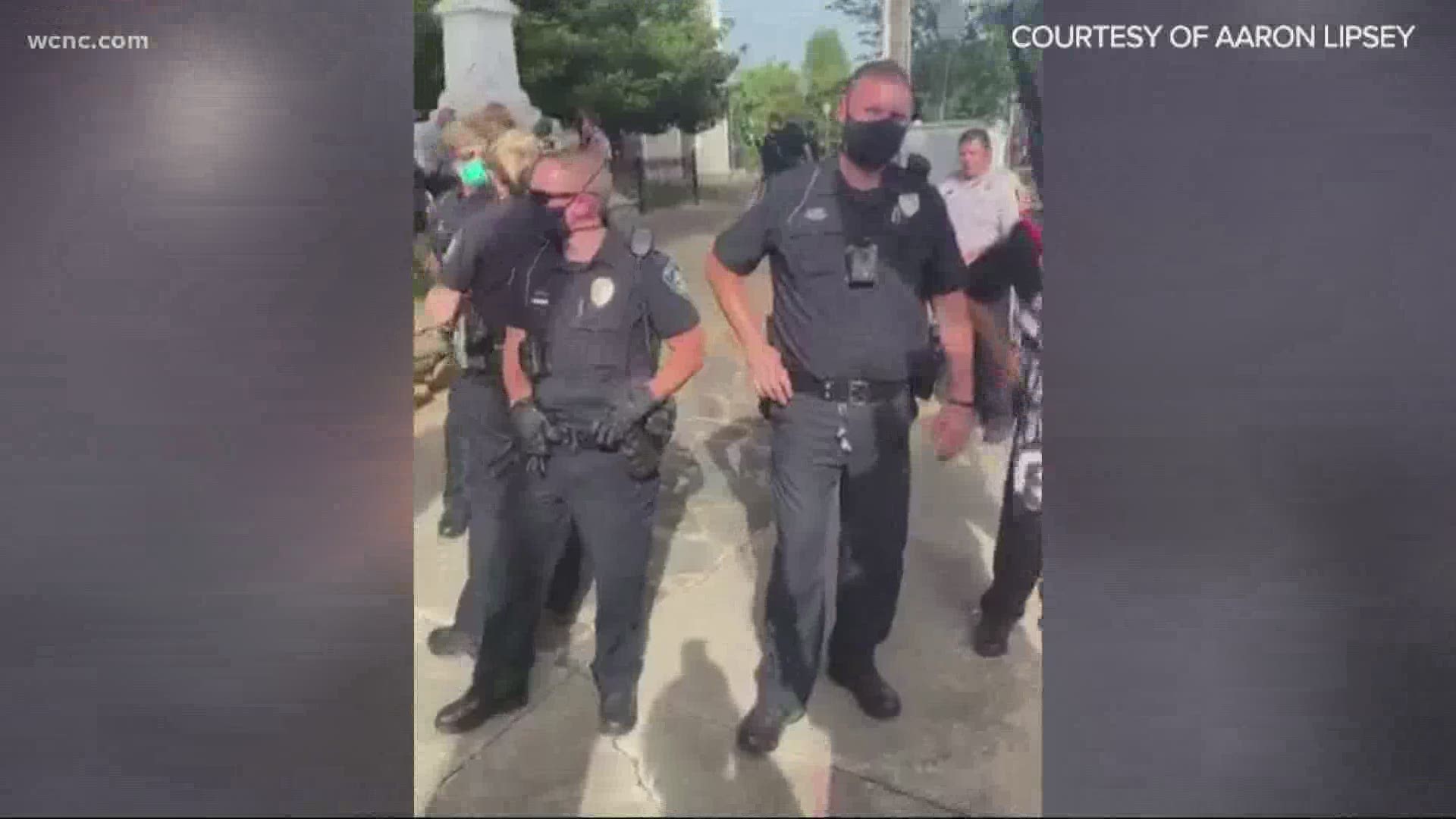 MORGANTON, N.C. — Tense protests were caught on camera in Morganton Saturday over a Confederate monument.

A group gathered in support of the Confederate monument in downtown Morganton near the Historic Burke County Courthouse. Some of those gathered had visible guns and Confederate flags.

A group of Black Lives Matter counterprotesters were also there. Aaron Lipsey, who sent WCNC Charlotte photos and videos of the event, says he has been advocating for the removal of the monument for years.

“I’ve been working to try to get this statue removed legally for like two years,” Lipsey said. He says he’s spoken to public officials about it in the past. "They ignored me, they ignored Black people in Burke County. This situation won't get any better until they start making changes."

Police were also on hand in downtown Morganton, but there haven't been any reports of arrests or violence. WCNC Charlotte has reached out to Morganton Police and the Burke County Sheriff's Office for more information, but at this time have not heard back.

How will North Carolina's face mask requirement be enforced?