The march ended at the mural of Floyd on 7th Street in Fayetteville where protesters took a knee and sat silently together, hoping for change. 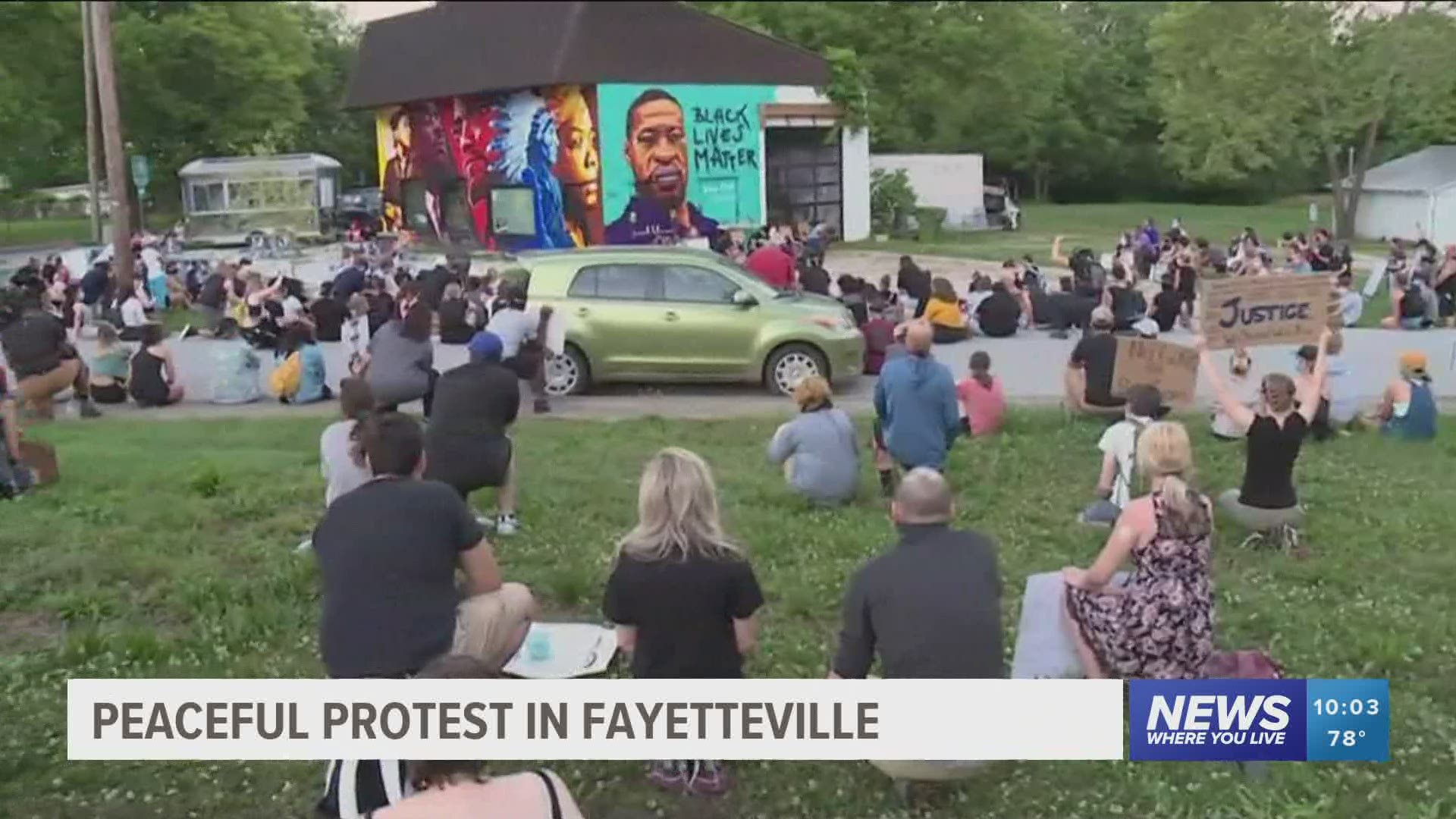 FAYETTEVILLE, Ark — Protesters gathered for a peaceful march down M.L.K. Boulevard in Fayetteville Tuesday (June 9) evening to hold a vigil for George Floyd on the day of his funeral service in Texas.

The march ended at the mural of Floyd on 7th Street in Fayetteville where protesters took a knee and sat silently together, hoping for change.

"As a black person, it is truly exhausting to see this keep happening to black brothers and sisters," Myrlinda Soedjede said.

The march comes two weeks after Floyd was killed by Minneapolis police.

Protesters say they marched as a symbol of unity, hope, and to fight against police brutality and racism in America.

"It's important for me to show up do what I can to play a supportive role and let our black community take the lead and express their grief over the killing of George Floyd but also take the lead in suggesting the changes that we need from our police department and our community in order to prevent this from happening again," Alex Tripodi said.

Marchers walked about a mile down M.L.K onto College Avenue and then to 7th Street where they placed candles and flowers at a small memorial.

"There has been such a history of racial oppression it's now coming to light and we have a huge movement going on right now and the world is taking notice and we have to take a stand on it," Katie Madey said.

People from all walks of life united as one to stand for the same cause.

"It's just really beautiful to see people of all backgrounds all ages all races fighting for a common cause," Soedjede said.

RELATED: 'He is going to change the world': Funeral held for George Floyd

RELATED: A tale of two Bentonville protests: from tear gas to unity