Protests in Little Rock continue for 6th day in a row

Protests are continuing throughout the state of Arkansas for a sixth straight day as part of a nationwide protest following the death of George Floyd. 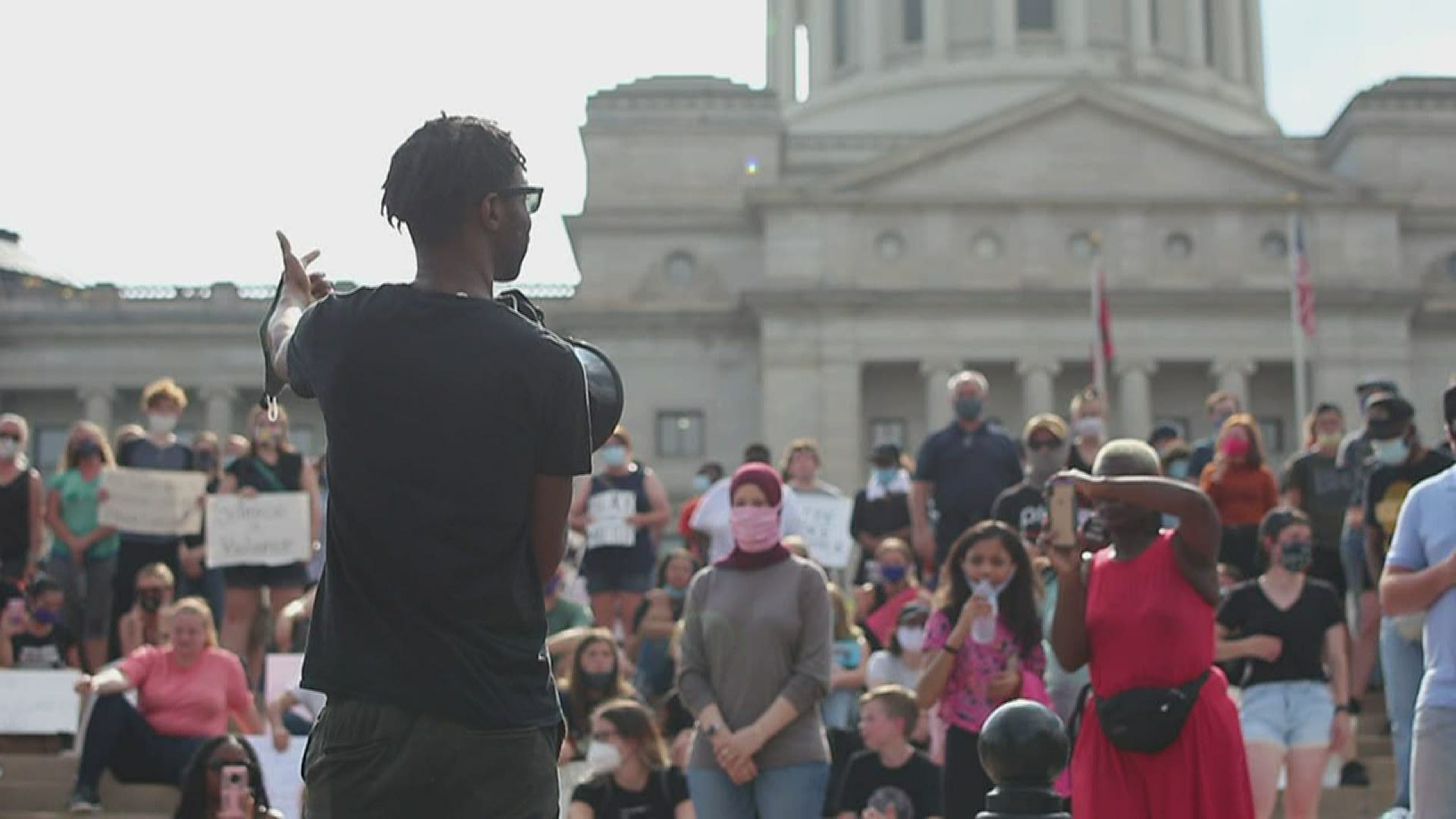 LITTLE ROCK, Ark. — Protests are continuing throughout the state of Arkansas for a sixth straight day as part of a nationwide protest following the death of George Floyd.

According to the governor, 79 people were arrested Tuesday night. All of those arrested were from Arkansas.

Colonel Bill Bryant with the Arkansas State Police said on the fourth night of protests it remained mostly peaceful until a stone was thrown through a glass window at a McDonald's downtown.

On the 5th day of protesting, the night ended with a small group of protesters walking down Capitol Avenue. The protest remained peaceful after 9 p.m., however, the curfew did go into effect at 8 p.m.

Below you will find the latest updates on Thursday's protests across Arkansas.

The caucus also said that "just as the violence and the looting will not heal the foundational wound of our country, nor will state-sponsored violent, militaristic responses."

Leaders in Arkansas addressed the systemic injustice during a discussion in an effort to find out how it can change following the tragic death of George Floyd.

RELATED: Protests in Little Rock continue for 5th day in a row