The group gathered near District 6 headquarters off Colfax and Washington in the Capitol Hill neighborhood. 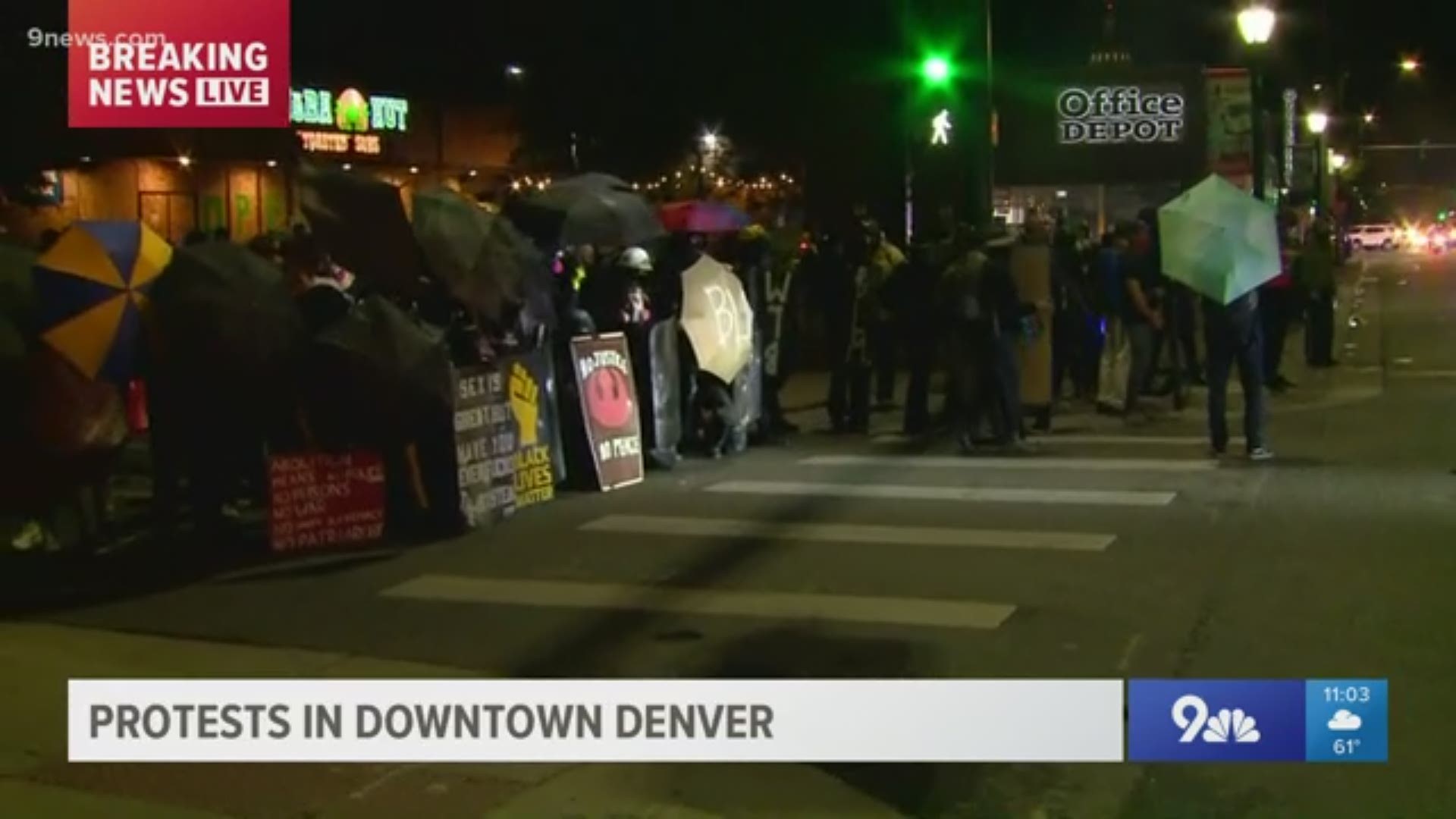 DENVER — A group of people and Denver Police clashed in the Capitol Hill neighborhood Friday night as officers used pepper balls, smoke and other agents in an attempt to disperse a crowd that gathered outside of the fenced District 6 headquarters.

By around 11:30 p.m., the crowd had moved away from the precinct and apparently moved back toward Civic Center Park, where they began their march two hours before, chanting "this is what democracy looks."

By midnight, the group had largely dwindled.

This comes after 12 hours of entirely peaceful protests during the day, but as darkness fell, groups of protesters arrived with homemade shields and helmets.

Much of Friday night's action centered on East Colfax Avenue and Washington Street, where demonstrators shouted about a resolution while officers in riot gear told the crowd to disperse to the south over a loud speaker.

Meanwhile, people continued to eat at nearby restaurants.

Earlier in the evening, Tay Anderson -- Denver school board member and activist -- warned that there could be clashes as the evening wore on, writing on Twitter: "all Denver friends and family, please head home and stay out of the downtown area.

"There are right wing extremists on the way threatening violence and could be carrying firearms."

Anderson's message included a screenshot of a tweet from Benghazi veteran and Veterans for Trump adviser Tig Tiegen, who called for action at the Colorado Capitol to "step up and defend and protect what is OURS."

Anderson later backed off, instead telling people to come out but exercise caution.

I’ve been told that organizers of today’s event in Denver want folks to still come out. I will respect their ask and encourage folks to use caution as we saw what happened in Wisconsin when these folks decided to show up. 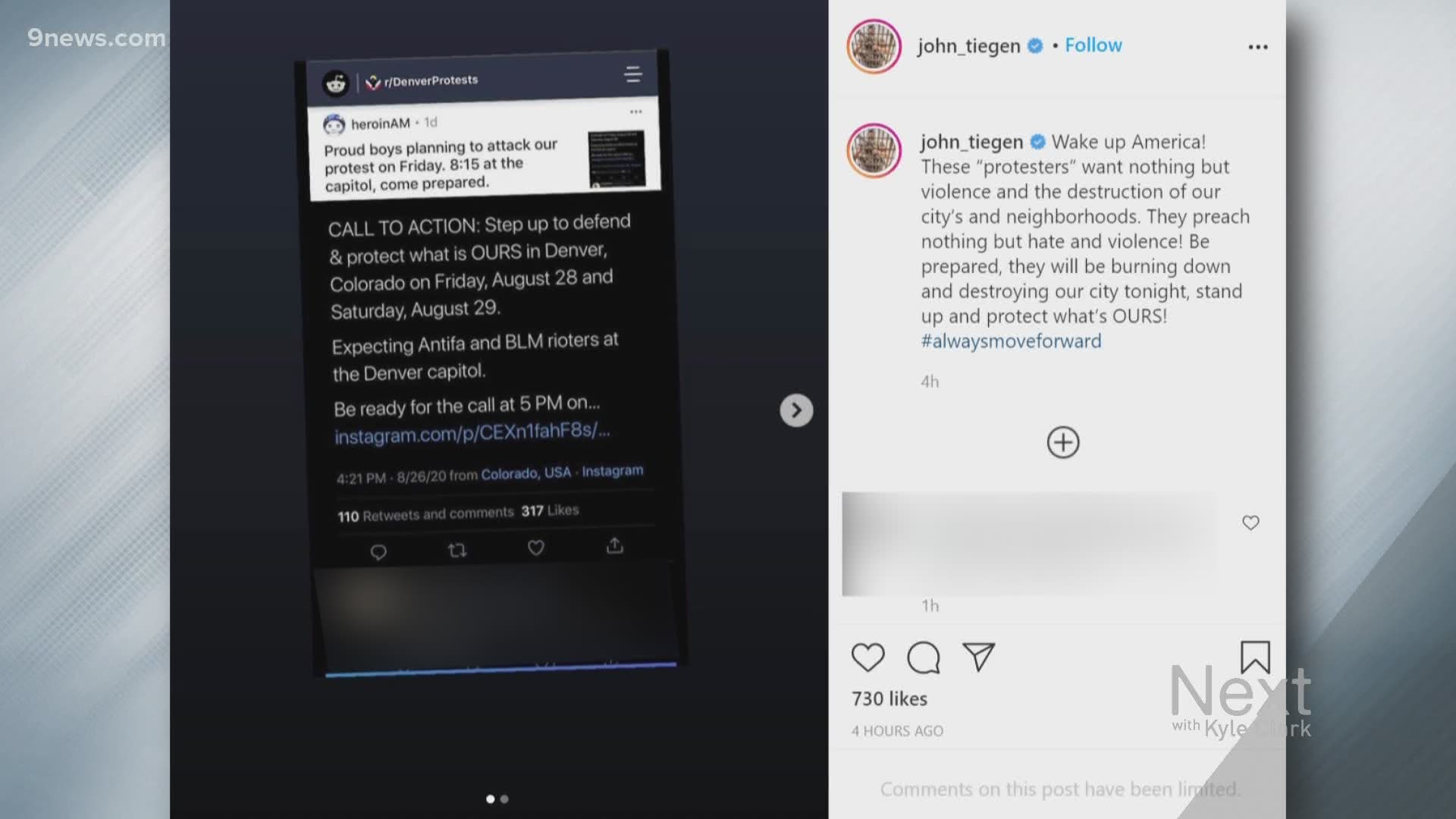 Just before 11:30 p.m., a group arrived at Colfax that appeared to be pro-police group, though that is not confirmed. The men in camouflage were seen standing with officers.

DPD spokesperson Sonny Jackson said police appeared to be casual with this group because they were asked to disperse and they complied. Meanwhile, the other group did not listen to their orders, Jackson said.

Watch the video below to see their arrival. 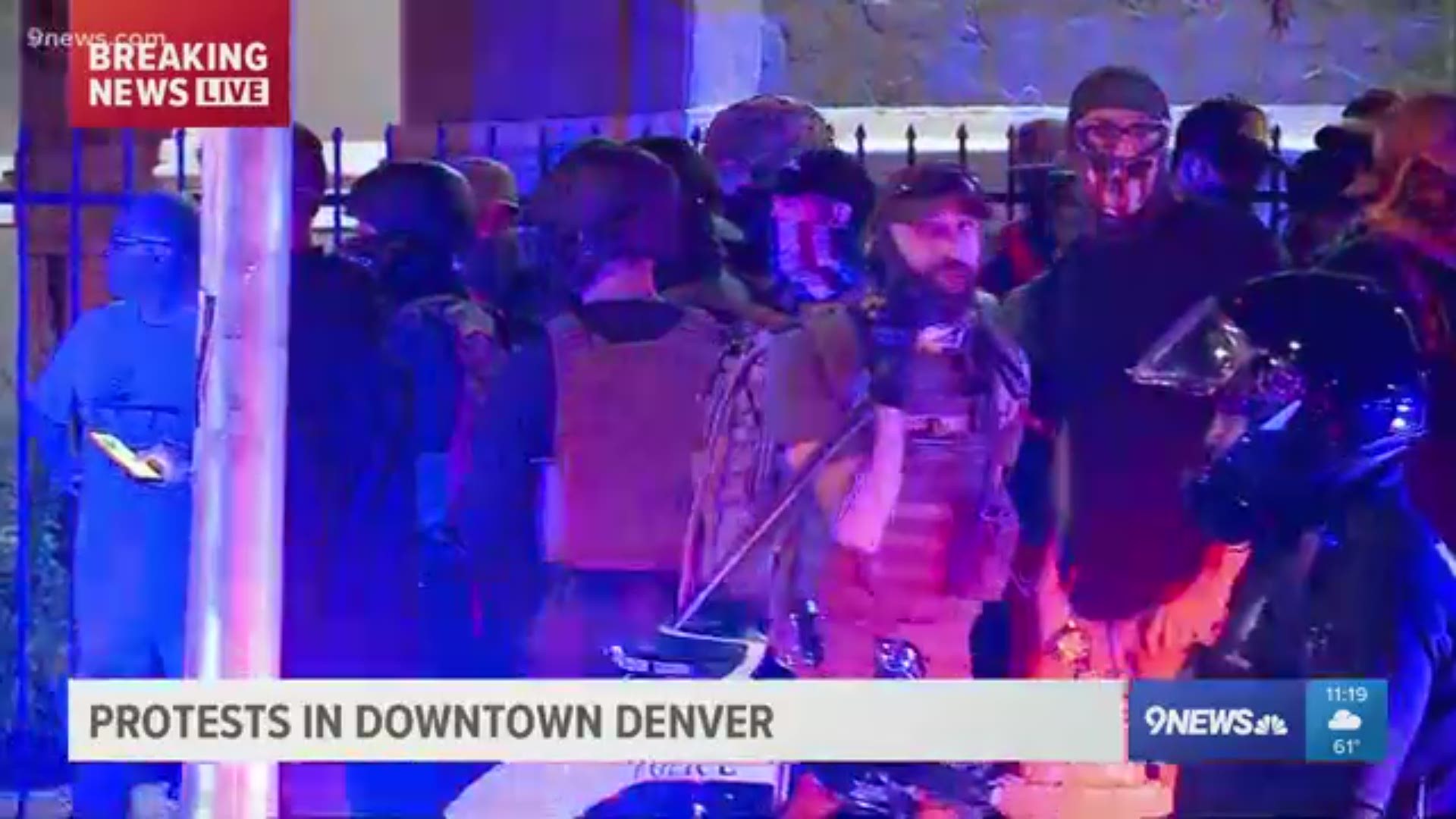 Last week, demonstrations turned into clashes with police that led to fireworks being shot at DPD headquarters, injuring an officer. A 22-year-old man was charged with four counts, and Denver Mayor Michael Hancock said he would not tolerate actions like this in the city.

RELATED: Denver mayor says vandals will have to pay for damage; Can that be enforced?

Friday's peaceful marches were on the same date as the original March on Washington for Jobs and Freedom in 1963, where Dr. Martin Luther King Jr. delivered his "I Have a Dream" speech.