The marchers moved west on Colfax Avenue from the Martin Luther King Jr. Library in Aurora to City Park in Denver. 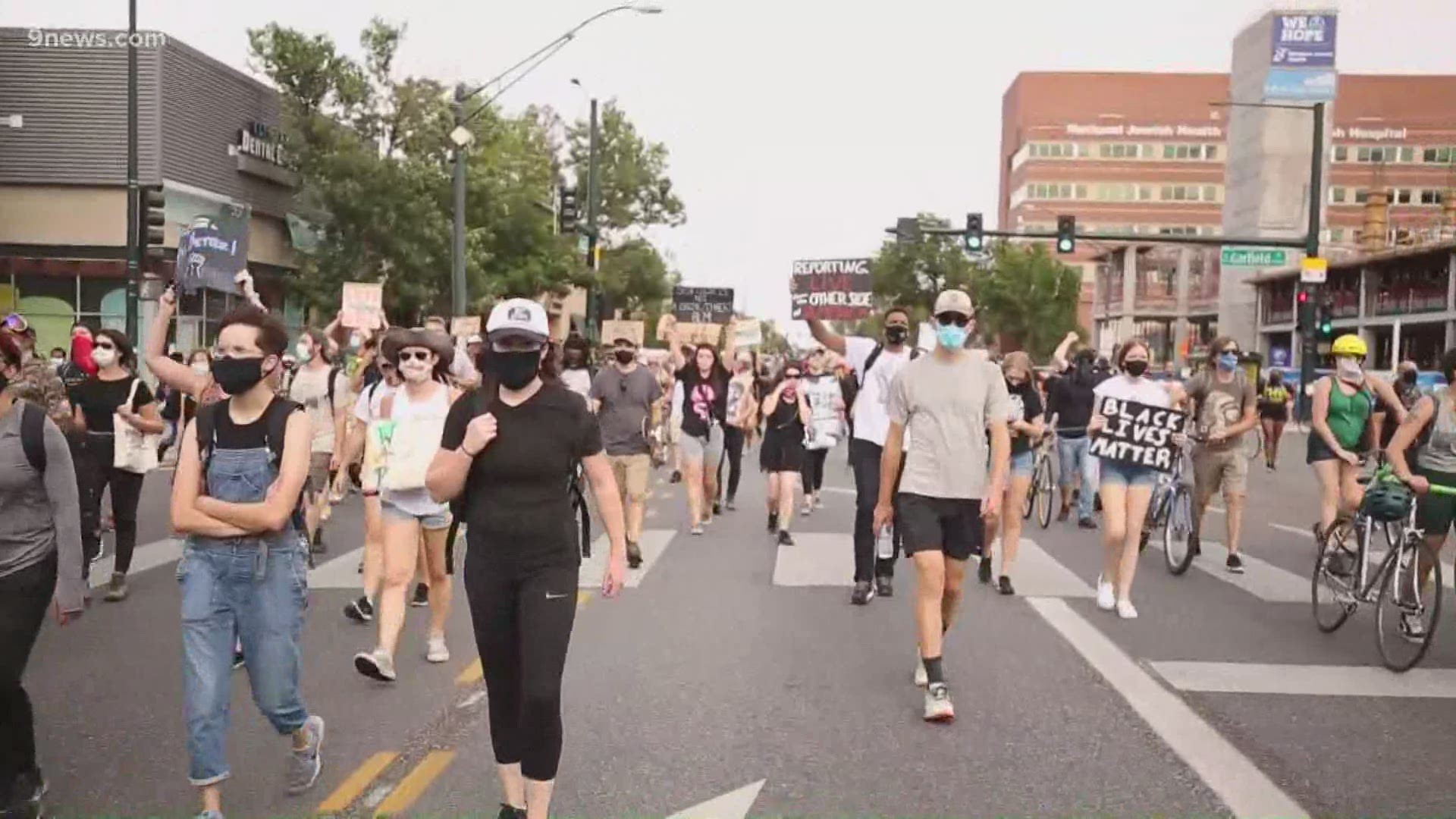 AURORA, Colorado — A March Against Racism & Police Violence took place Sunday afternoon as a group walked from Aurora to Denver along Colfax Avenue.

The march was scheduled to start at 2 p.m. at the Martin Luther King Jr. Library at 9898 E. Colfax Ave., go down Colfax about 4.5 miles, and end at the MLK statue in Denver's City Park. The crowd began moving onto Colfax Avenue around 3:40 p.m.

The organizers of the march say on Facebook that the purpose is to bring together Denver and Aurora in a show of unity against racism and police violence. The description of the march mentions the in-custody deaths of George Floyd in Minneapolis and Elijah McClain in Aurora.

Protest groups have staged several peaceful demonstrations over the past few months. In a demonstration on June 27, protesters blocked traffic on Interstate 225 and staged a violin vigil at the Aurora Municipal Center.

Other demonstrations have turned violent with property damage done to businesses and public buildings, and police response that has included tear gas and foam rounds.

On July 25, a group of protesters again marched onto I-225. A Jeep barreled down the highway as protesters got out of the way, and two of the protesters were shot and injured by another protester. The shooting suspect, Samuel Young, 23, was arrested days later on four counts of attempted homicide and two counts of assault. 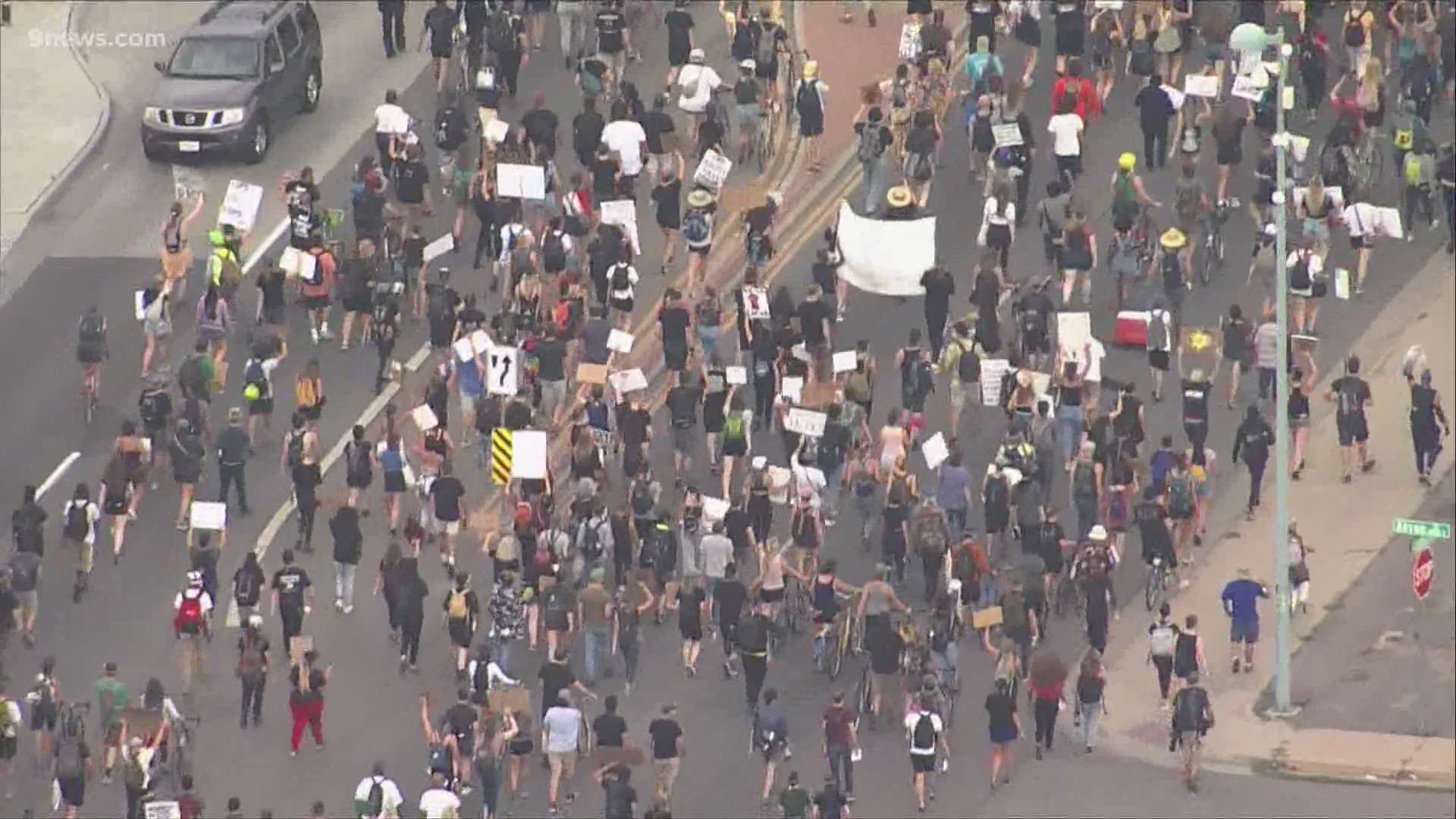 RELATED: The Elijah McClain case: A timeline of events — one year later

RELATED: Two protesters shot by a fellow protester in Aurora as vehicle drives through crowd on I-225