Demonstrators have been chanting the phrase for weeks in their calls for justice and equality. Now, Atlanta's streets echo that call, too. 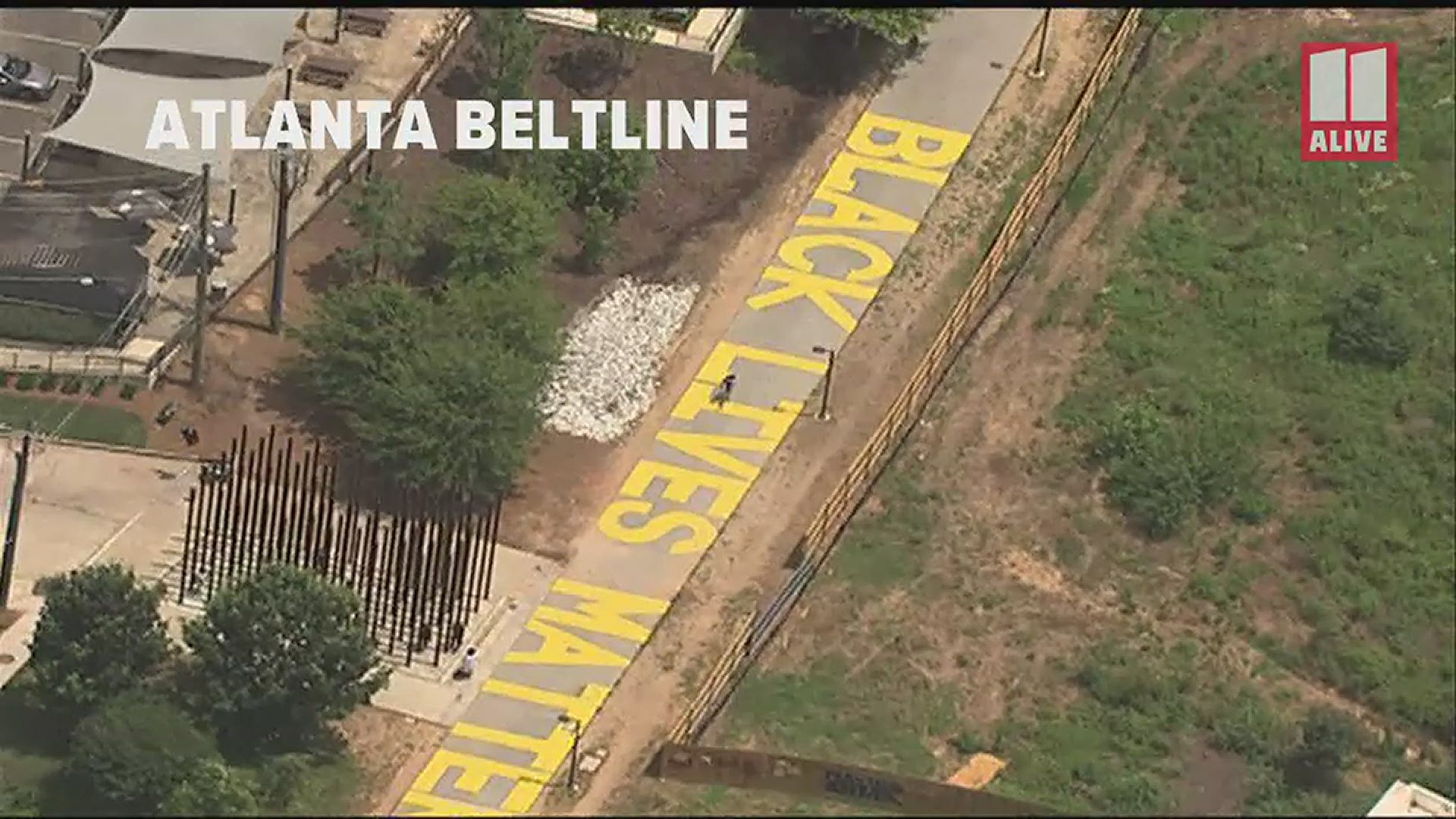 ATLANTA — The words have become a rallying cry for activists across the nation in the past few weeks: Black Lives Matter.

The words have been chanted by crowds of protesters calling for an end to racial violence, police brutality, and better equity for Black Americans. They've even been painted on the streets of cities near the epicenters of the massive, peaceful demonstrations.

On Friday, the big yellow letters spelling out "Black Lives Matter" appeared on the popular Atlanta BeltLine's eastside trail, along with a wooden board that had the names of Black Americans who died during encounters with the police spray painted. Another similar, more colorful mural was painted on a part of Edgewood Avenue. It's unclear exactly when the murals were painted.

1 / 10
Maria Martin / WXIA
The words Black Lives Matter was painted on the path of the Atlanta Beltline.

The appearance of the murals comes just one week after the fatal shooting of Rayshard Brooks during an arrest by Atlanta Police Officers Garrett Rolfe and Devin Brosnan, thrusting the City of Atlanta back into the national spotlight and conversation of alleged police brutality.

Rolfe was later fired from the force. Both he and Brosnan have now been charged in connection to the shooting.

Demonstrators hold a protest outside the governor's mansion overnight

Ralliers participate in OneRace March in Atlanta on Juneteenth