LISTEN: 'I just want peace all over no matter what color you are' | Amplifying black voices during Austin protests

Protesters at a Huston-Tillotson rally wanted to amplify black voices, which is why you won't hear any voices in this story except for those in the march itself. 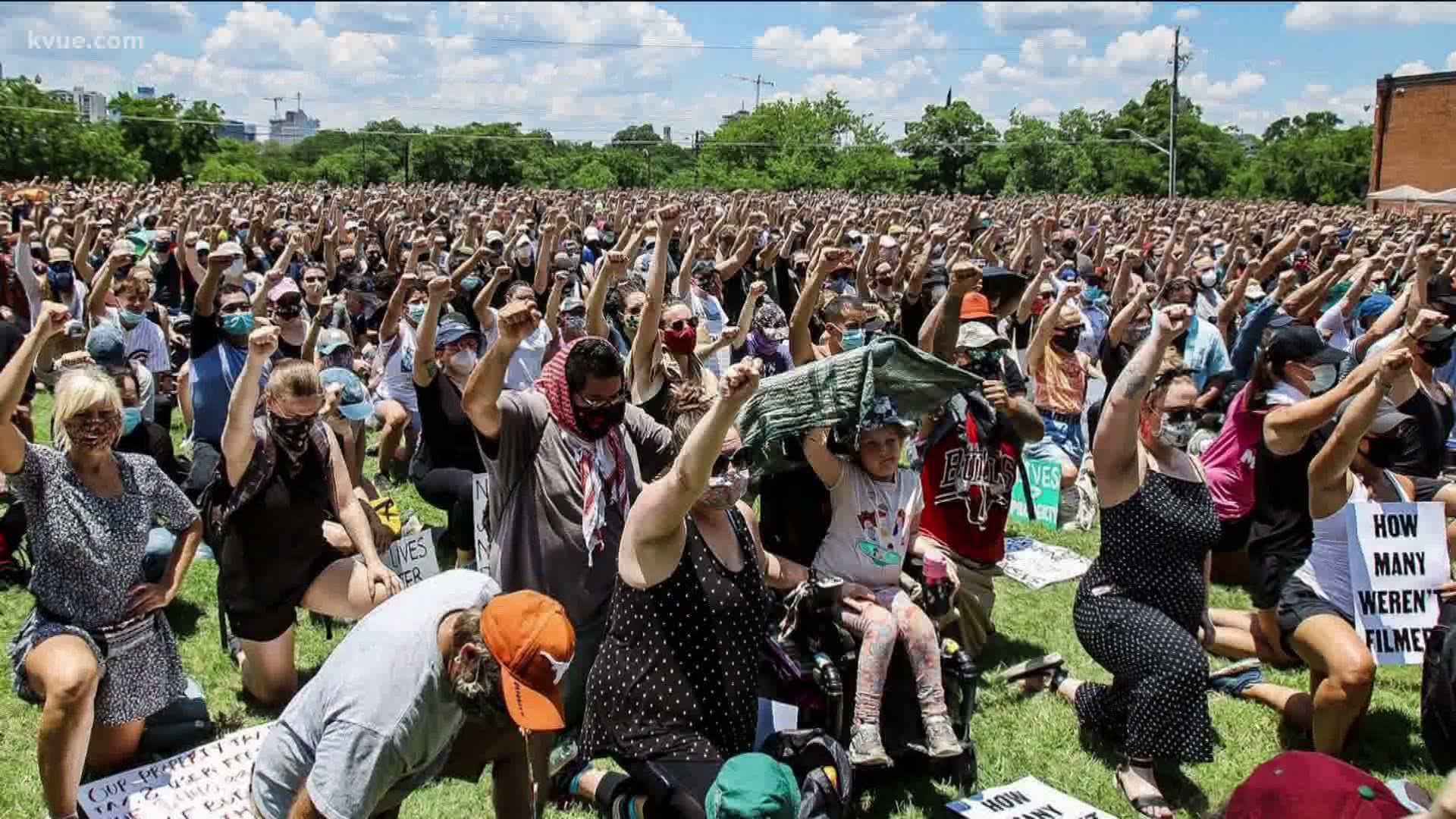 AUSTIN, Texas — On Sunday, June 7, there was a rally at Huston-Tillitson University, a historically-black college in East Austin.

Protesters raised their fists and heard from numerous speakers. The group marched all the way from the university to the Texas State Capitol.

With the march, one of the main things the Austin Justice Coalition was hoping to do was amplify black voices. That's why in this story, you won't hear KVUE reporter Hank Cavagnaro's voice at all, but rather the voices of those in the march itself:

"So, today is our Black Lives Black Rally..."

"I want y'all to know that today is not just about police brutality..."

"This particular rally, we wanted to make sure we emphasized the black voices ... because we felt like that was something missed last week."

"I encountered deep-seated biases and I experienced being treated less than because the color of skin ... my gender ... and the institution where I work."

"I'm going to ask everybody ... I'm not going to ask you to be quiet too many times in life ... but please respect Mrs. Brenda Ramos, so everybody else please take a seat. She's right here up on the stage, thank you."

"Whose streets? Our streets!"

"To make sure the black voices are heard and that your voices were heard by everybody."

LISTEN: Austinites explain why they protest