A Michigan man said he wanted to have conversations with residents in the "racist town in America" while holding up a Black Lives Matter sign. 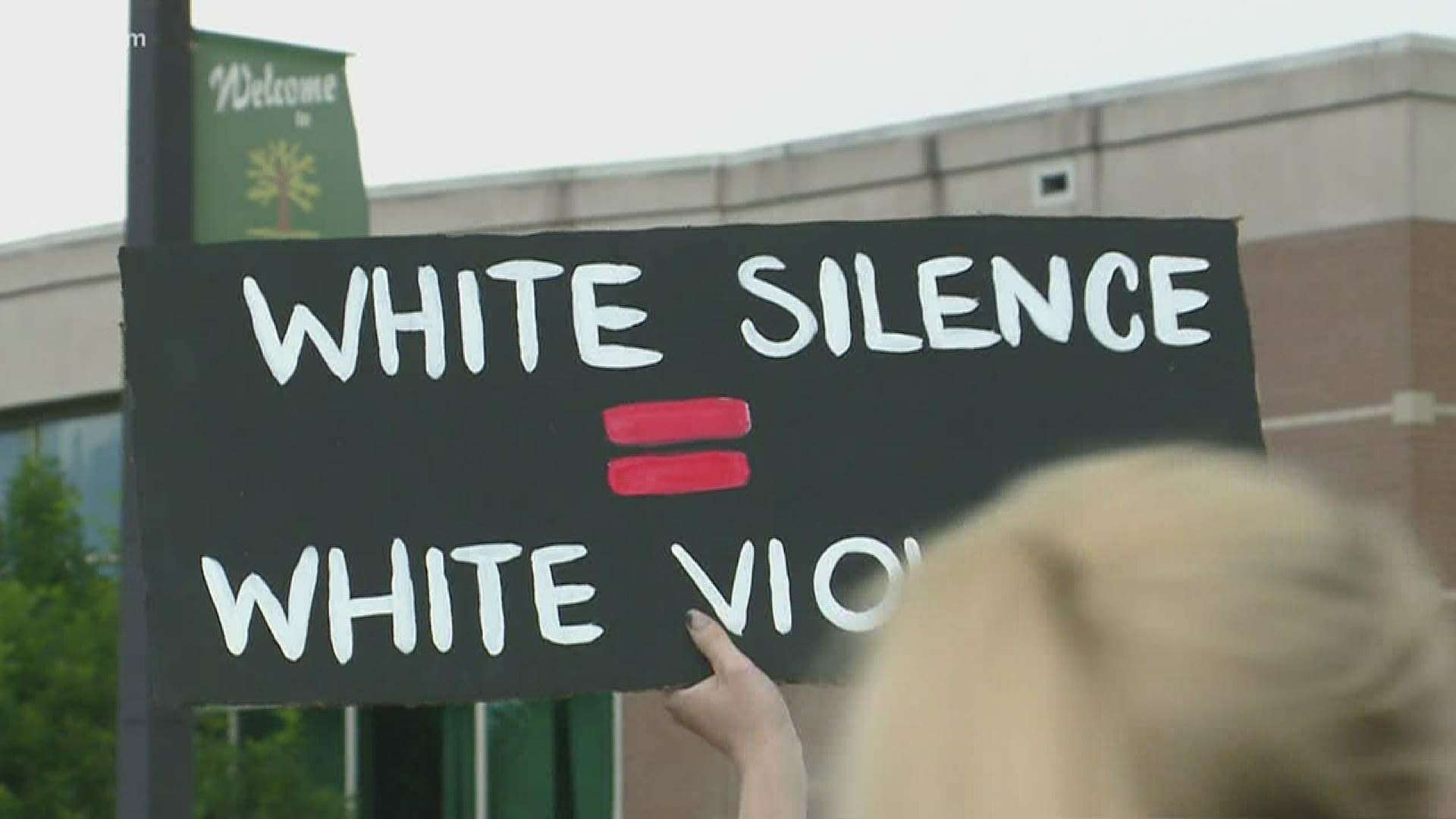 Rob Bliss, a Michigan man said he wanted to have conversations with residents in the "most racist town in America" while holding up a Black Lives Matter sign.

He shared the video of the negative interactions on social media, garnering thousands of views in less than a day.

The video, which spans a little over two minutes, shows cuts of racist language and vitriolic comments made by people.

The camera is showing Bliss's point of view facing public roads as cars drive by or as people walk in front of the local Walmart while he holds the sign.

In the first 30 seconds, there's a man driving by in a gold sedan, holding up a middle finger at Bliss.

Later, the same man drives by again and says "[in] about 10 minutes you better be f***ing gone." A voice behind the camera replies, "okay, come back."

Bliss said his motivation in choosing Harrison was to start conversations outside of "traditionally liberal areas" and that he regarded the city as "the most racist" due to its history as the KKK headquarters, along with a billboard of an advertisement for a White pride radio station still standing in the city.

He said it's the fact the town has a billboard that states "White Pride," "without any protest at all."

A clip shows Bliss getting asked to leave by the Walmart manager. He shows the manager a statement from the corporation stating their support for the Black Lives Matter movement.

The Walmart manager with the name Mike on his nametag told Bliss the corporation would respond with "exactly what I'm saying," by asking him to leave the store's property.

Bliss said he's never encountered the racial backlash that he had in Harrison while peacefully holding the sign as he stood in the town on and off for a period of several days.

While protests rage across the country nearly two months to the day of the killing of George Floyd by a police officer, the feeling of restlessness can be seen everywhere as street names, statues and policies begin to change in favor of Black Lives Matter.

For those protesting with signs— peacefully or not— they are said to be restless for a change. While across the barrier, street or state lines, many may feel resistant to that change, restless wondering what it could mean for them.

As far as Harrison, Arkansas, Bliss said it can come down to something as simple as the words "White" and "pride" and the idea that together, they can be cruel.

"If the people of Harrison feel this video does not represent them and their beliefs, then they should take down that billboard," Bliss said.

Although the video is edited to show dozens of moments of retaliation to the term "Black Lives Matter" by the residents of Harrison, in the last few seconds, the video shows a masked young person handing Bliss a piece of paper.

"Ignore the haters," it said, along with the sentiment that Bliss was being peaceful and what he was going was good. "Just a friendly reminder," the note said.