The Arkansas Razorbacks will honor the victims of 9/11 on the 20th anniversary of the terrorist attacks. 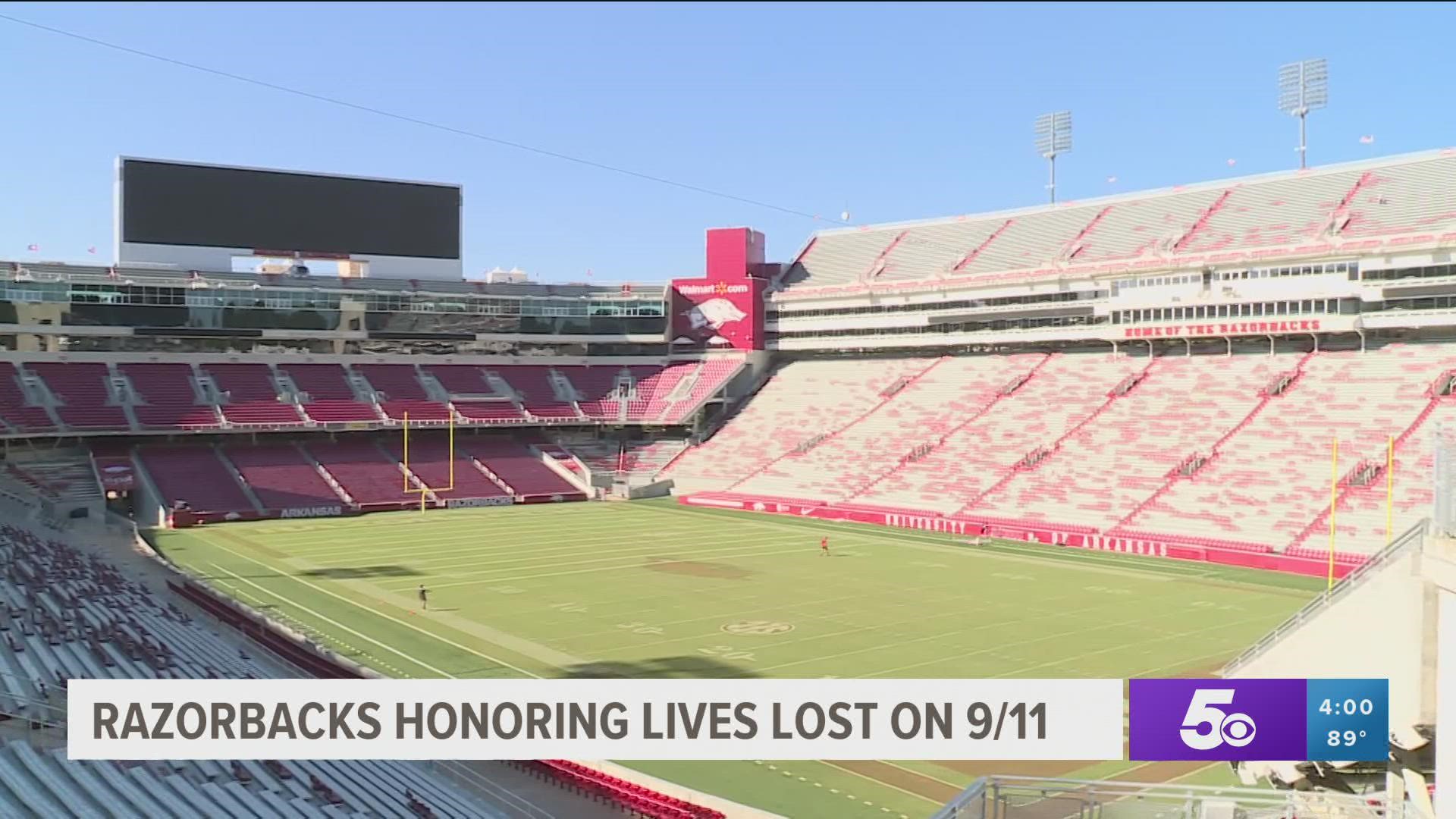 FAYETTEVILLE, Ark. — It’s a day that changed America forever, 20 Years ago this Saturday, 2,997 Americans lost their lives during the September 11 terrorist attacks.

To honor those lives there will be several events happening at the Arkansas vs. Texas football game on Saturday.

Before the game even begins, fans will see thousands of American flags spreading the message that Arkansas will never forget the 9/11 attacks.

The National Guard and ROTC Cadets will be at the game to present the flag for the National Anthem and at the end of the anthem, the bulldog flight team will make a flyover Razorback Stadium.

A moment of silence will also be observed with a 21-gun salute.

Throughout the game, there will also be moments of recognition for first responders, servicemen and women. Along with patriotic-themed fireworks, and spirit squads wearing red, white and blue ribbons.

Kevin Trainer with the U of A says while it’s a big rivalry game, and the Hogs want to beat Texas, it’s also important to remember the importance of this day.

“It's really important that even in this weekend of celebration we stop and we celebrate the first responders, those in the military, those who gave the ultimate sacrifice for our country and our freedom, and we're excited to be a part of that for that to be a part of such a special weekend, as we're all together on the 20th anniversary of 9/11,” Trainor said.

The university said it's asking Razorback fans to wear red or white to the game depending on where they sit for the "stripe out." The visitor's section will be given blue pom-poms creating the  American flag.

If you need to know what color to wear, you can go to the Razorback game day app and check your ticket.

The kickoff for the Arkansas vs. Texas game is 6 p.m.

All seats for the game are sold out. Face masks are required in all indoor areas of the stadium including shuttles and elevators.