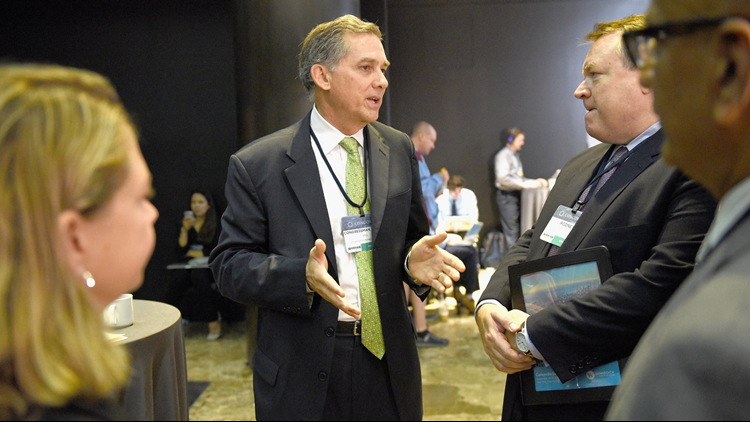 The polling firm tweeted Thursday that Hill was leading State Rep. Clarke Tucker by 47 to 42 and that "among the 53% of voters who are 'very excited' to turn out this year, Tucker leads 48-47."

Don Shaw, campaign manager for Tucker, said the poll reflects "what our campaign is seeing and hearing on the ground here in Central Arkansas everyday."

"People are paying attention to this race because they are tired of having a representative that goes to Washington and votes against the interests of Arkansans and their families," Shaw said.

Paul Spencer, another Democratic candidate, echoed the same sentiment saying people of the 2nd District are "tired of a representative who is bought and paid for by special interests."

"The Second District wants a representative willing to fight for bold ideas like Medicare for All, a living wage of $15 per hour, equal pay and paid maternity leave, automatic voter registration, and universal broadband access," Spencer said.

Voters will be able to vote for either Tucker, Spencer, Combs or Dunkley as the Democratic candidate on May 22. Early voting begins May 7.

PPP questioned 610 voters in Arkansas's 2nd Congressional District and the margin of error is +/-4%. The polling also showed that Speaker of the House Paul Ryan was "deeply unpopular" in every district surveyed.

We have reached out to Rep. Hill for comment on the poll.