Report: Woman wasn't wearing seat belt when she fell out of mountain coaster at Anakeesta

Crews worked this week to resolve an issue with Anakeesta's mountain coaster. 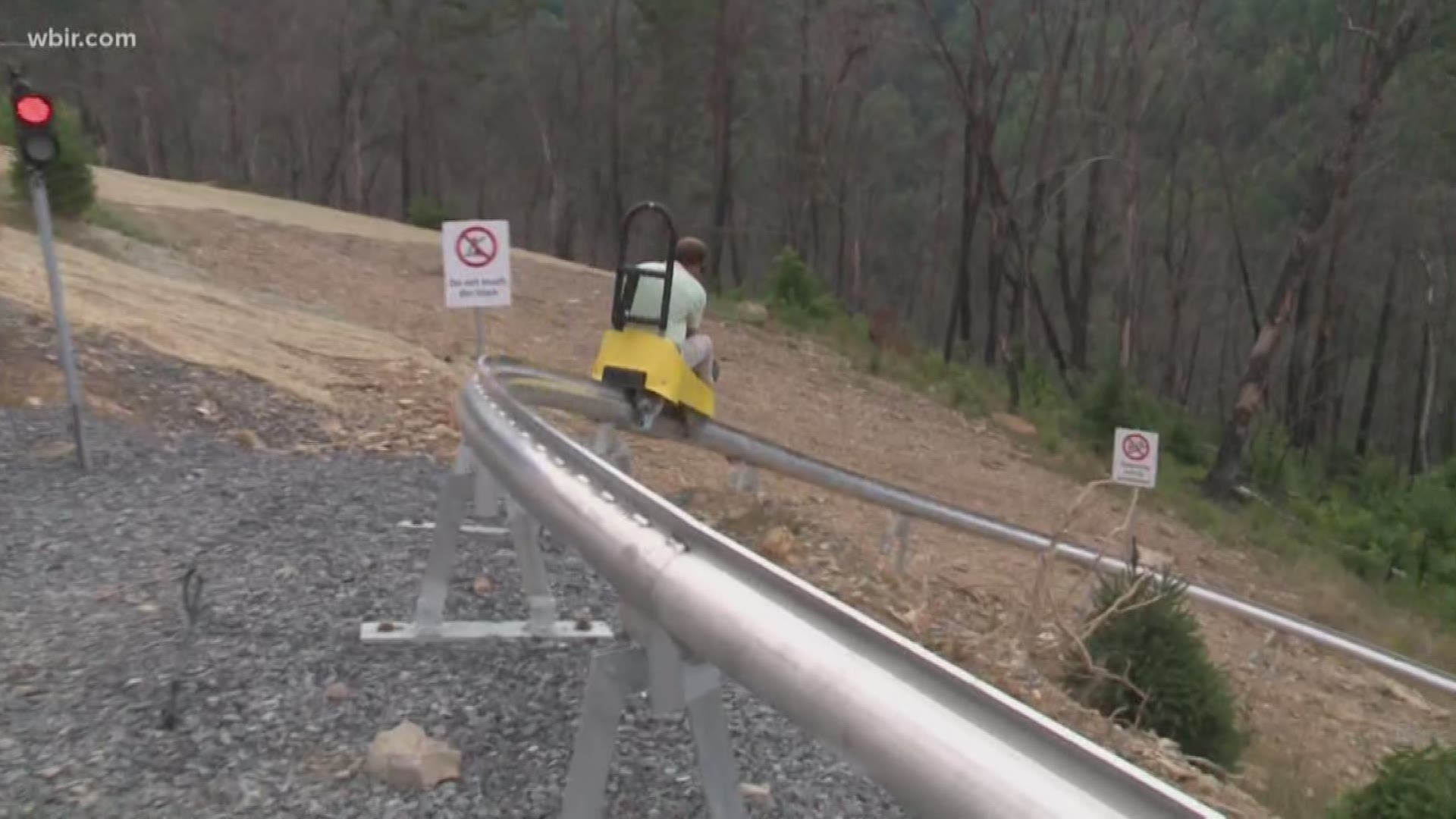 A woman riding Anakeesta's rail runner mountain coaster Saturday afternoon fell out of the ride when it went around a curve, according to the Gatlinburg Fire Department.

An incident report states the woman wasn't wearing a seat belt when she fell out of the ride. She had visible injuries to her face, legs and arms and was transported to LeConte Medical Center with non-life threatening injuries.

The rail runner mountain coaster was temporarily closed while crews worked to correct any issues with the attraction. A spokesperson for Anakeesta said Wednesday that the ride was back open and running.

According to the state Department of Labor and Workforce Development, Anakeesta representatives alerted the state on Saturday about what had happened in accordance with state law.

"That same day Anakeesta called a third-party inspector to the scene, which is also required by law," department spokesperson Chris Cannon told 10News.

The state's Amusement Device Unit on Monday issued a cease and desist order to shut down the ride. The operator already had stopped operations, according to Cannon.

On Tuesday, Amusement Device lifted the order, allowing Anakeesta to go back to operating the mountain coaster.

Anakeesta released the following statement Tuesday to 10News regarding the incident.

"A guest was riding the mountain coaster this past weekend and an incident occurred. The guest was immediately assisted by our staff to exit the ride.

We have identified the problem and are currently working to resolve it. The safety of our guests at Anakeesta is our number one priority. "

According to Anakeesta's website, the new single-rail mountain coaster is the first of its kind in the United States.

In July, 10News reported the coaster was set to open in August.

"The Anakeesta Rail Runner takes you on an exhilarating downhill ride with a 400 ft. elevation change and can hit speeds of 25 mph. The ride begins with 1,600 feet of downhill twists and turns and ends with a scenic uphill ride back to the top of Anakeesta Mountain," the website states.

Riders can ride solo or tandem with a small child.