Saturday night's incident on Aug. 25 at War Memorial, resulted in a quick end to the 2018 Salt Bowl. 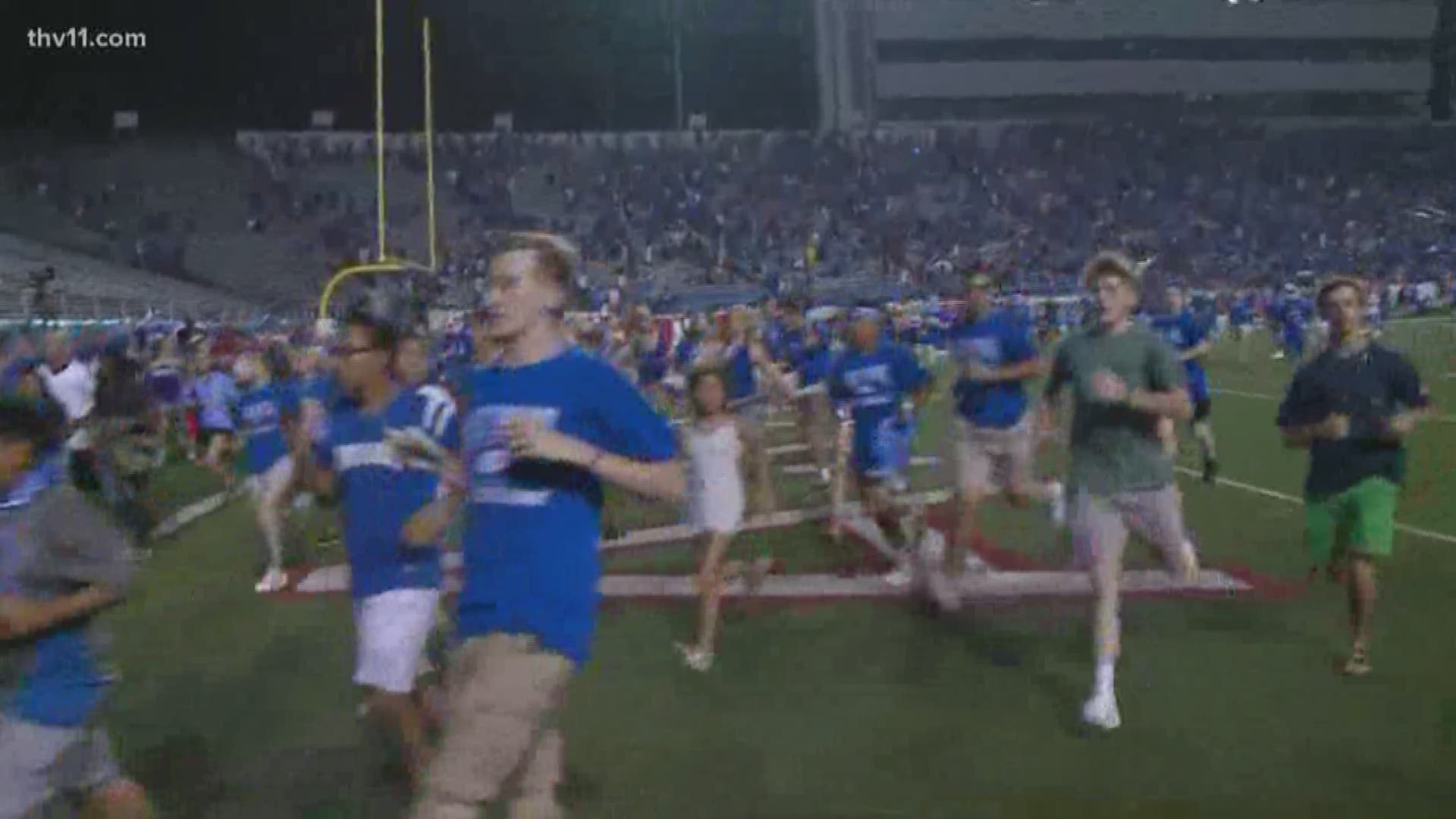 Little Rock police confirmed there were no shots fired during the game. Reports said a fight escalated, which lead to barricades knocking over therefore sounding like shots being fired.

Police are investigating the incident.

The big question is if or when the Salt Bowl will resume play.

According to Joey Walters, Deputy Director of the Arkansas Athletic Association (AAA), the Salt Bowl game will stand as is.

"If a game is suspended at any time after the first half, the game will be considered 'complete' and the existing score will stand."

The final score of the 2018 Salt Bowl resulted in the Bryant Hornets taking the victory over the Benton Panthers 28-14.