Officials say they have possibly found the car and remains of Samantha Hopper and her daughter, who have been missing since September 11, 1998. 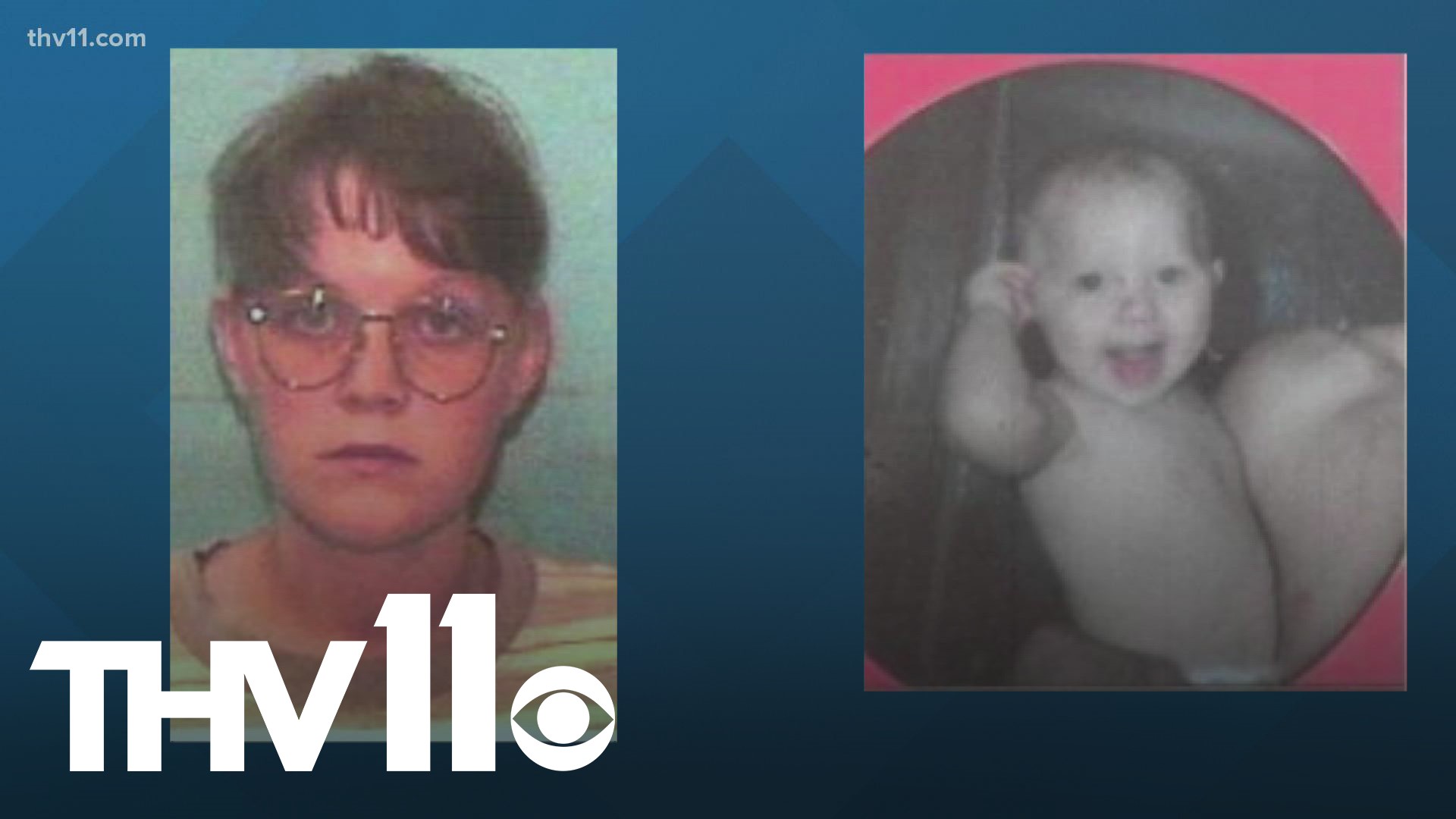 RUSSELLVILLE, Ark. — A car and human remains have been recovered in a body of water in Russellville and officials believe it to be connected to Samantha Hopper, who was reported missing in September 1998 along with her daughter.

It's a discovery that Pope County Sheriff's Office investigator, Erick Riggs, said could provide some closure to the family's 23-years of suffering.

"Everybody's had loss, I don't know anybody that's not lost somebody, but to just not know and not be able to have that closure? It's, it's huge," he said.

It's a case that Riggs has worked on for a decade and one that he now may have answers to.

But 23 years later, Riggs is optimistic closure could come soon.

"We do believe we have human remains. We don't know how many, and it looks like we have items that are consistent with our case," he said.

According to the Pope County Sheriff's Office, someone with the non-profit group Adventures with Purpose called saying they located Hopper's car near the 3700 block of Pleasant View Road in some water.

Riggs said he has worked closely with Hopper's other daughter since he took the case and it was her idea to contact the non-profit group.

Lead diver, Douglas Bishop, said they spoke with the family before coming to Arkansas.

Hopper was reported missing 23 years ago. She was traveling to drop her daughter off before heading to a concert in Little Rock in her blue Ford Tempo.

The car was found roughly 25 yards from the bank in about eight feet of water, police said.

According to Bishop, Adventures with Purpose uses advanced sonar systems, which allowed him to suit up, dive down and find the car.

"We put together a plan in the waters that we needed to search and it was flawless, you know, it only took us an hour to find her," he said.

Once officials pulled the vehicle out, human remains were found in the car. They have been sent to the state crime lab for DNA testing.

“The Pope County Sheriff’s Office would like to send our sincere condolences to the family of Samantha Hopper and Courtney Holt, and we are thankful to have been a small part of helping bring this 23-year-old case to closure,” said Sheriff Shane Jones.

While answers won't be certain until the results come back from the state crime lab, many involved believe the family will finally be able to turn the page.

"Words can't really describe what it's like to visibly watch a family's suffering, dissipate because they finally have answers. You know, what we provide is never closure for them, but it's answers to trauma that they never had," Bishop said.

Chaos Divers, who assisted Adventures with Purpose, posted on Facebook saying they used sonar under a bridge on Pleasant View Road to find the car.

The family of Hopper and her child was on the scene when the car was pulled from the water, according to the post.

Riggs said it could take weeks or months to get the results back from the state crime lab to confirm the identification.