"These devices are not big arches, like at an airport. They really look like the anti shoplifting devices you see at the back of the retail store." 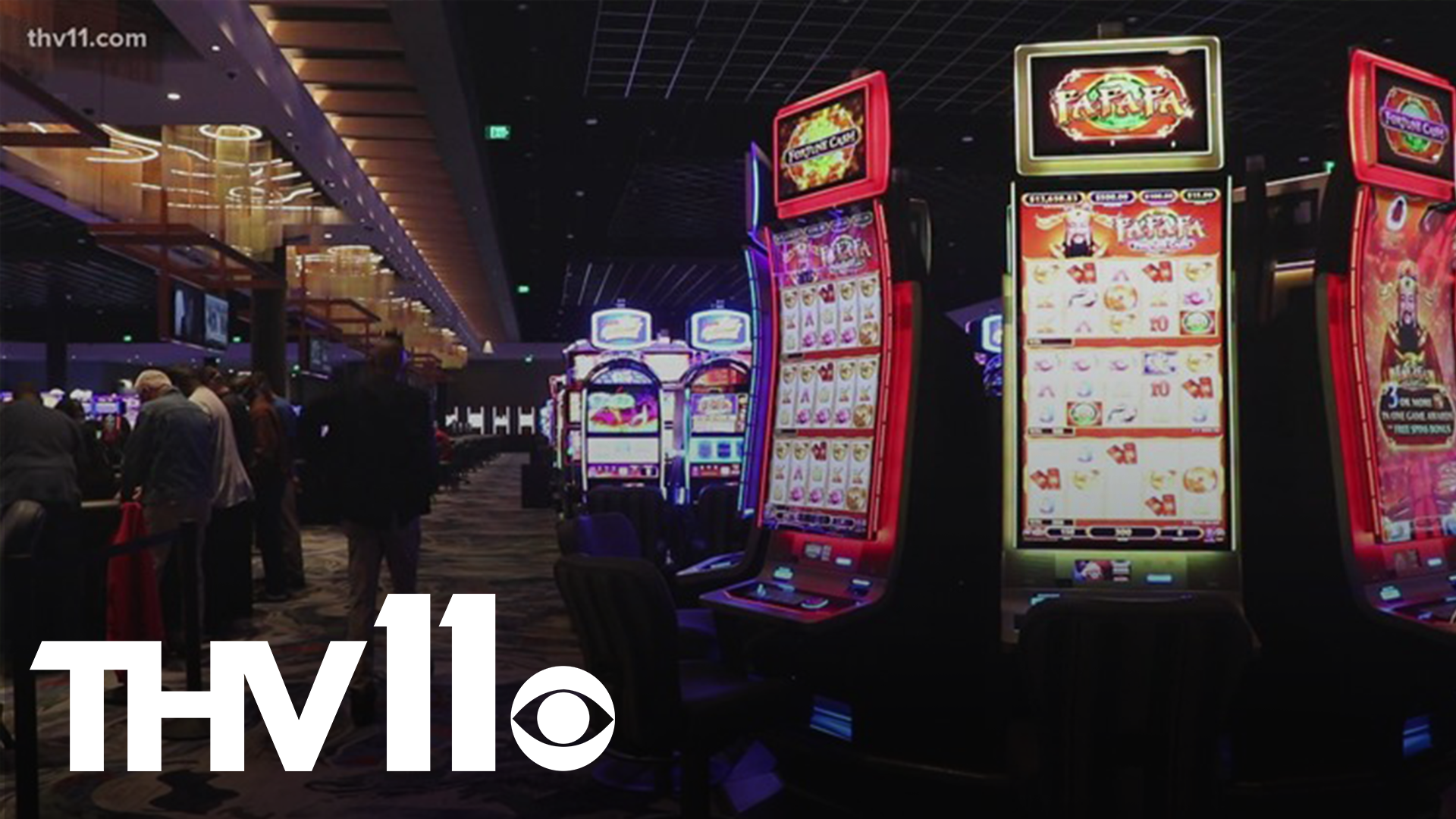 PINE BLUFF, Ark. — Two weeks ago, on Thursday, March 11, there was a shooting in the Saracen Casino parking lot.

Thanks to surveillance footage, the casino was able to identify the suspects in minutes and call the police.

Just in the parking lot alone, you can count two dozen cameras, and recently, Chief Market Officer Carlton Saffa said the casino made another major investment to ensure safety and security for their staff and people coming to play.

"Security is every bit of important as everything else that we do. It's part of our brand," he said.

When you walk into the Saracen Casino, your eyes most likely go to the flashy slot machines and bright lights, but if you take a minute and look up, cameras aren't hard to miss.

"Everything here is captured on 4K footage. We can zoom in to the granular detail to see your faces," Saffa said.

That state of the art process proved itself on the night of March 11 after men were escorted out of the casino following a disturbance inside, and gunfire was exchanged in the parking lot among several men and security officers.

Saffa said it only took them moments to identify the suspects.

"It was a matter of minutes for surveillance to identity folks in, folks out, pictures, and we are the ones who actually released that information to the police," he said.

The property is already equipped with thousands of cameras and dozens of guards, some who are armed, according to Saffa.

Even though, Saffa said, they believe no firearms were on the floor of the casino on that Thursday night, the unexpected turn of events led them to a new security investment.

"We have signed a contract with Evolv. Evolv is the pre-eminent leader in contactless security," he said.

According to Saffa, once installed, every person who walks into Saracen Casino will be screened through a metal detector.

"These devices are not big arches, like at an airport. They really look like the anti-shoplifting devices you see at the back of the retail store," he said.

Saffa said the six-figure investment is aimed at easing the minds of anyone who steps inside.

"I want folks to know when you come to Saracen, it's a safe place to be," he said.