City's mayor says Saracen Annex creates extra $100,000 in tax revenue each month, with promise of much more to come 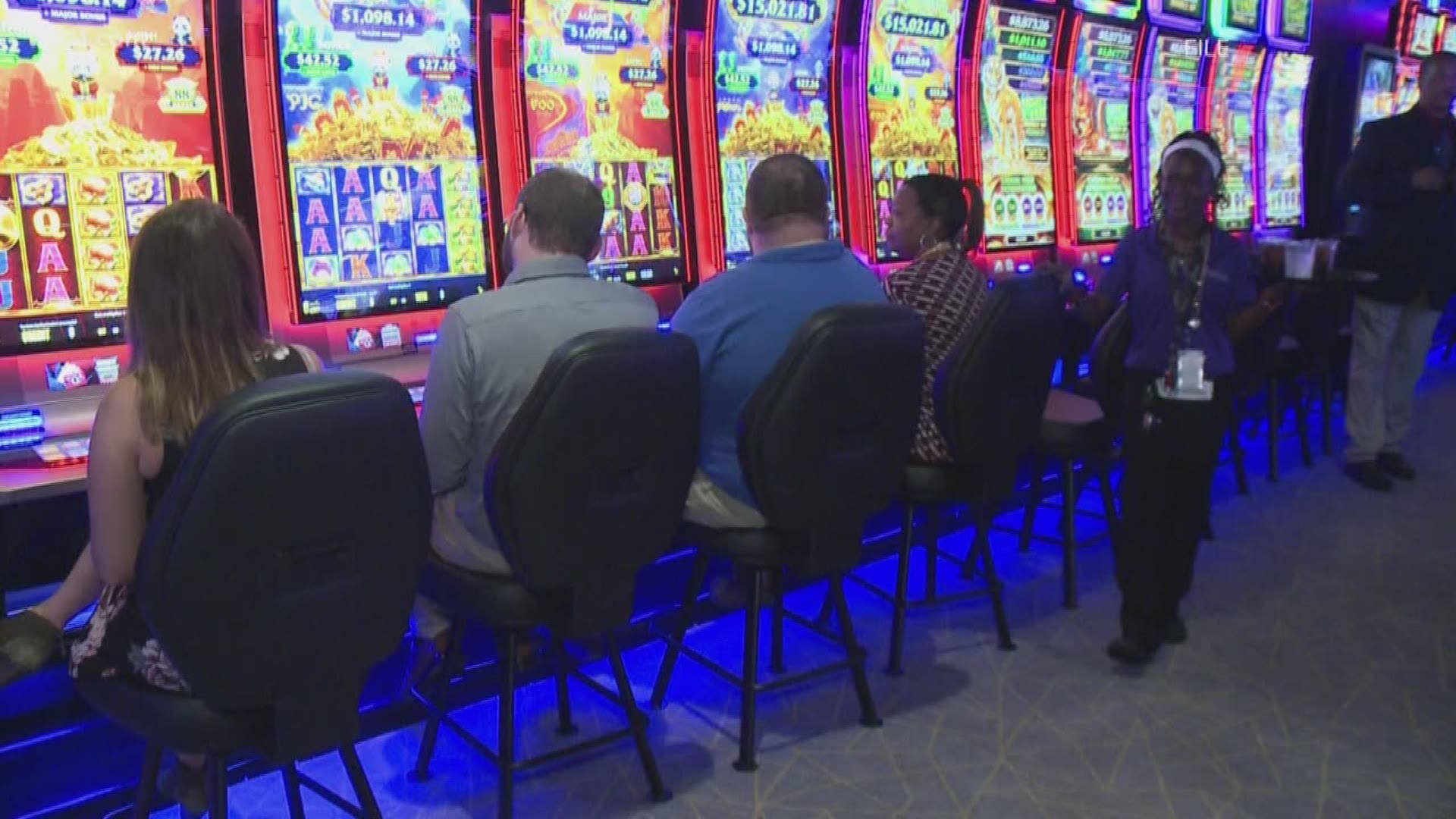 PINE BLUFF, Ark. — A big milestone in the construction of Saracen Casino Resort put the spotlight on the future in Pine Bluff Wednesday.

City leaders joined members of Quapaw Nation and the construction team for a topping out ceremony to celebrate the progress of construction on the casino’s main gaming floor.

Dozens of dignitaries signed the beam that will finish the shell of the building.

“We are standing on the site of the largest commercial construction project in Arkansas,” said Carlton Saffa, the casino’s project manager. “This is the largest single investment in tourism in the history of the state.”

The investment is expected to total $350 million by the time everything is finished. Several local construction companies are involved in the project, and Saffa made a point to emphasize that many of the approximately 1,000 jobs created thus far have gone to local workers, reducing the unemployment and underemployment in Pine Bluff.

“We’ve got close to 300 folks at work in the Annex and the Q Store,” he stated. “And those folks have health insurance, they have supplemental benefits with it: life insurance, 401K. Many of our employees told us they’ve never had a job with a 401K offered.”

The Saracen Annex opened last fall as an immediate way to allow players to enjoy slot machines and other gaming equipment.

“Numbers have been incredible,” Saffa claimed. “The Annex is busy day and night, which means the city is excited to have us. They are looking forward to a safe place to go blow off a little steam, have a little fun.”

Washington said the city’s tax revenue has increased by approximately $100,000 a month since the Annex opened, which including gaming taxes and money visitors spend on food, lodging, and gas.

“Based on what we’ve seen at the Annex, we expect incredible things to happen here in June,” Saffa said.

“When you have 300 machines versus the coming of 2,000 machines, plus 50 gaming tables, and I think that’s going to make a major impact on Pine Bluff, Arkansas,” agreed Washington.

Washington said she tries hard not to cash in the city’s chips too soon. “We really have to hold back,” she stated. “We have to be very conservative. Just seeing what has come with such a small fraction of what’s coming, yes, it’s hopeful. It builds a lot of hope, a lot of promise for what we can expect to happen in our community.”

“We want Pine Bluff to become that destination city, and we think we are on the brink of making that happen.”

The main gaming floor already has 19 miles of electrical cables and 700 tons of steel. Saffa said the building is almost dried in, so interior walls, equipment, and décor will be the focus between now and June. He said the project management team did not change any of its plans based on the success of the Annex.

“The Annex has validated what we knew,” he explained. “Our theory was that this was going to be a great opportunity, and I think it’s proven true.”

The hotel adjoining hotel, entertainment space, conference center, spa, and other amenities are scheduled to open in 2021.