The social media age requires photographic proof of your experiences. 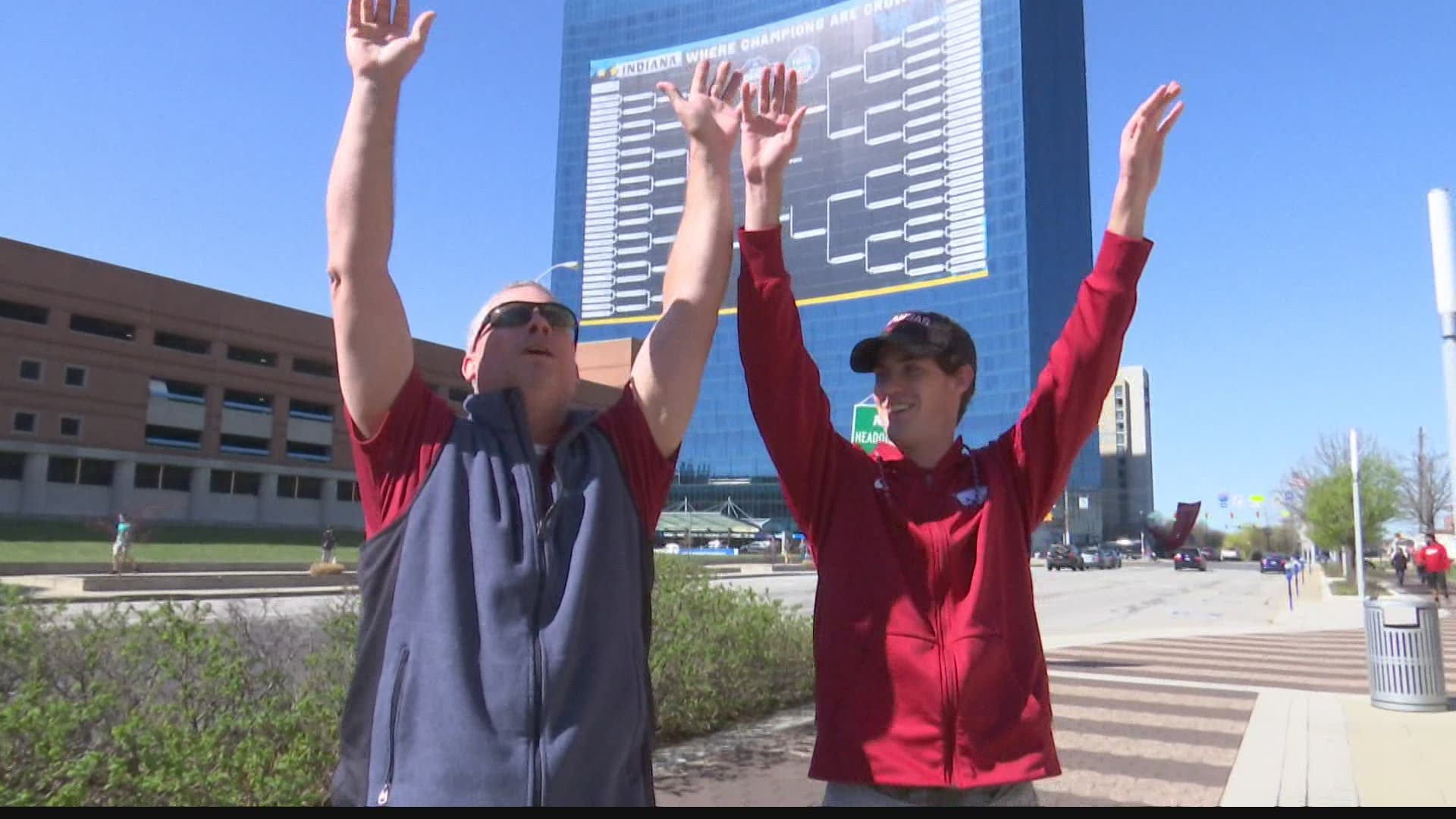 INDIANAPOLIS — It was another busy weekend for Indianapolis as the city welcomed thousands of basketball fans.

If you've been downtown recently, you may have noticed some great new places for a "photo op." The selfie stations are proving to be popular.

Cameron Fett, 11, from Michigan dribbled down to Monument Circle with his dad for a photo memory.

It was a beautiful day to play hooky after watching the Wolverines advance to the Elite 8. With dad cheering approval, some big kids missed college classes Monday for March Madness sightseeing before more basketball.

"We haven't been here in 26 years, so, you know, if you've got to miss a couple classes to see the Hogs play in the Elite 8, I don't think it's such a bad thing," said University of Arkansas student Christian Greer.

Arkansas fan Robert Greer said the experience had been "just been a lot of fun. Everybody here has been real hospitable. Prices have been reasonable for everything that we've done, so we've had a great stay."

But the social media age requires photographic proof of your experience.

There are 20 designated selfie spots around downtown, all with a connection to basketball, including one of a giant NCAA championship trophy which arrived on Georgia Street Monday.

Court murals you can step on provide more selfie stops to go with the landmarks. And the Big Dance must include Dancing Anne on Mass Ave.