After three months in the hospital, Shanderick (Shammy) Dorsey, of Lexington, got to go home. 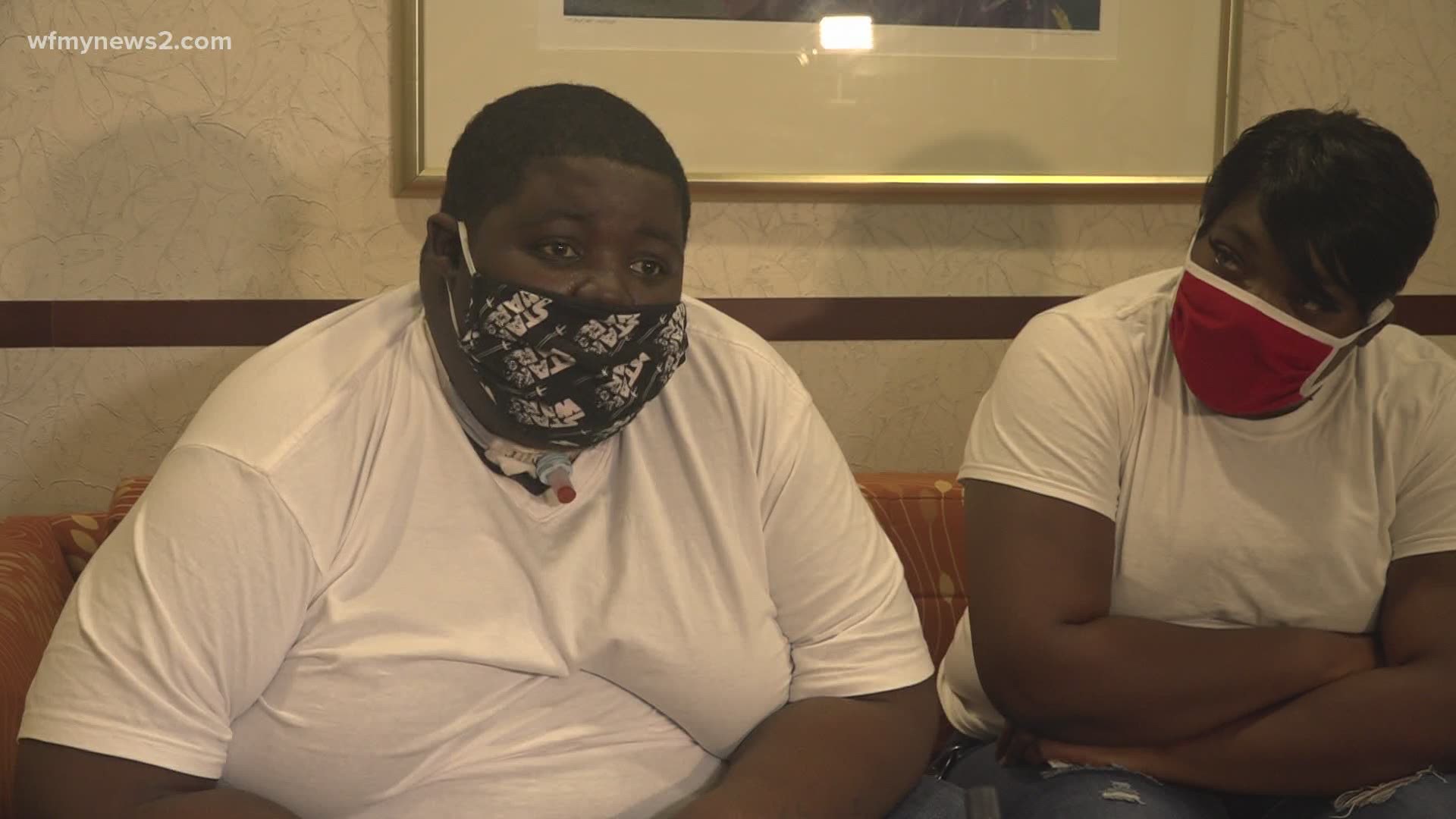 WINSTON-SALEM, N.C. — Shanderick (Shammy) Dorsey, of Lexington, was rushed to the emergency room at Wake Forest Baptist Medical Center on April 12. He’d been coughing up large amounts of blood.

Dorsey soon learned that he not only had COVID-19, but at the age of 18, he’d also experienced a heart attack and pneumonia due to the virus.

He spent the next three months in the ICU, fighting for his life.

“God placed the right care team in my baby’s world and he received the best care out there. They kept me informed every step of the way and if I could, I would give them the world, because they saved my world, my son,” Thomas said.

Thomas said she never thought her family would go through something like this.

“Never would I have imagined that my son would contract coronavirus. Never. I didn’t really even believe it at first,” Thomas said. “He did everything right – he had been quarantined for weeks due to his asthma. We later learned that I am the one who had brought the virus home from work and gave to him. I was asymptomatic; I had no symptoms at all and quit my job after learning where this came from.”

“We went through so many emotions with his family – he’d have days of improvement and then he’d have days of setbacks. I remember putting my hand on his chest a few times and telling him, ‘You got this man.’ At times, our staff was all he had, due to the limited visitor restrictions, and we really rallied behind him,” Roger said.

The medical staff even helped Dorsey celebrate his 19th birthday. They decorated his room with a birthday banner, streamers and balloons.