The sheepshead fish uses its human-like incisors and molars to crush its food. 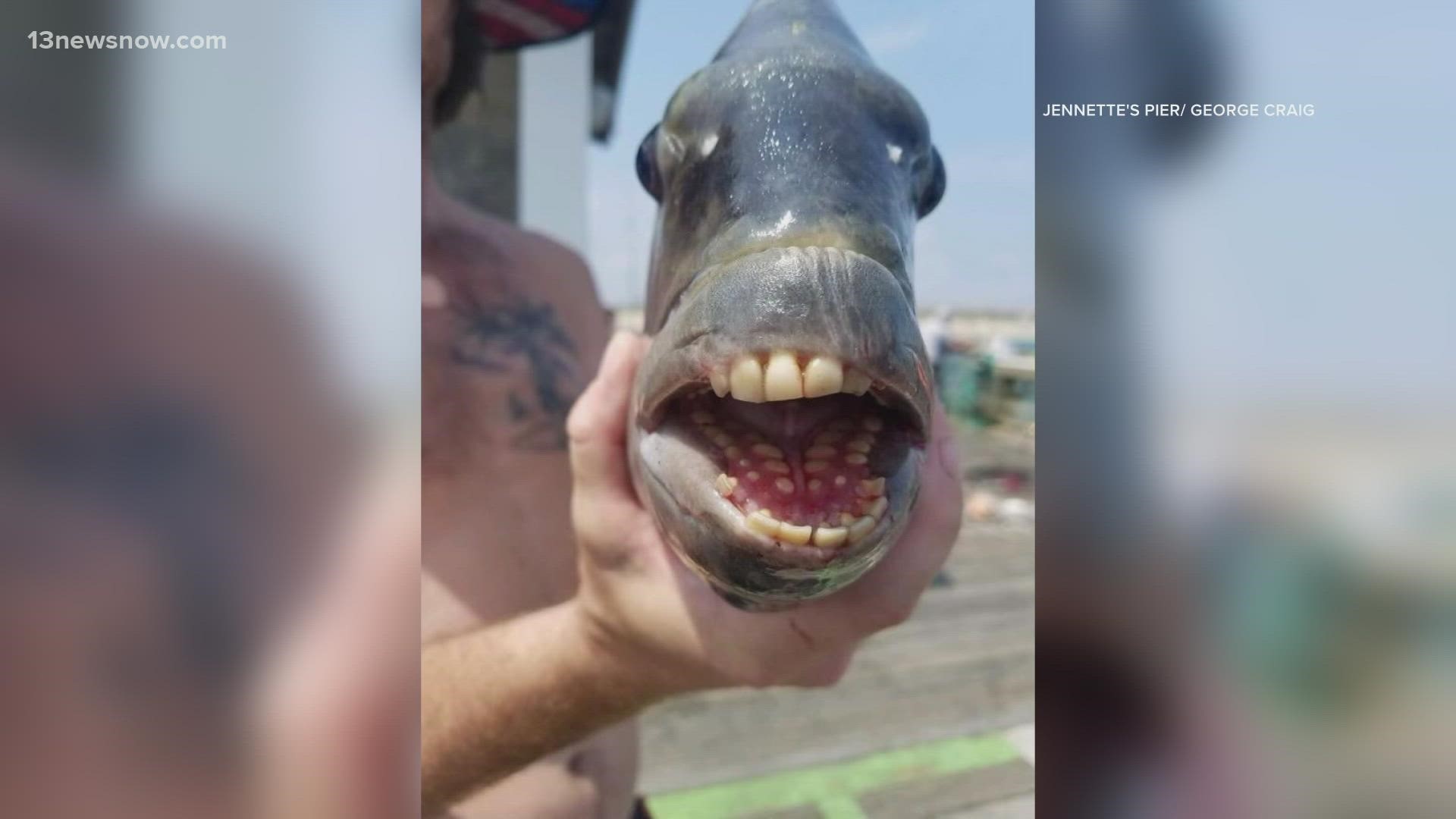 NAGS HEAD, N.C. — A fish with multiple rows of human-like teeth was caught in Nags Head earlier in the week, lighting up social media and no doubt haunting the dreams of many who gazed into its toothy maw.

Sheepshead fish usually hang out near rocks, jetties, reefs, and even bridges. They are also known as the "convict fish" because of their black and white stripes.

The South Carolina Department of Natural Resources said about another catch that the sheepshead uses its human-like incisors and molars to crush its food, which is typically shellfish and crustaceans.

Daryl Law, the public relations coordinator for Jennette's Pier, said sheepshead can often be found in its waters this time of year, feeding off the pier's barnacles.