A Sherwood woman known for her involvement on the TLC show 'Cheer Perfection' has been paroled from jail after being convicted of sexually assaulting a teenage boy. 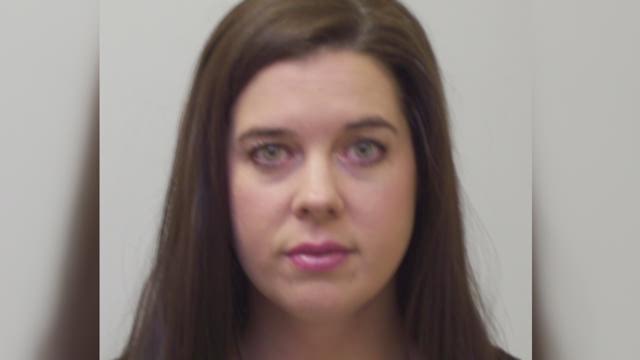 SHERWOOD, Ark. (KTHV) – A Sherwood mother sentenced to serve nearly two decades in prison for a sexual assault conviction has been released on parole.

In August of 2014, Andrea Clevenger, now 37-years-old, was sentenced to two 10-year prison sentences and two 10-year suspended sentences. At that time, it wasn’t clear if the terms would be served concurrently or consecutively.

She was released from the McPherson Unit in Newport by the Arkansas Department of Correction on Monday, August 21, 2017.

The Arkansas Parole Board placed the following special conditions of Clevenger’s release:

Court records from the Pulaski County Circuit Clerk’s Office show Clevenger had a trial set for September 2014, but she took a plea agreement a few weeks before that trial. In that agreement, she pleaded guilty to one count of first-degree sexual assault and engaging a child in sexually explicit conduct.

She was accused of raping a 13-year-old boy and was initially charged with rape to which she pleaded not guilty. She was arrested in January 2014 after police said she had sex with the boy and exchanged explicit text messages with him.

A press release sent to THV11 on November 27, 2013, stated the Sherwood Police Department received a call from the Arkansas Child Abuse Hotline about allegations of sexual assault.

Through the investigation, officers reported learning that Clevenger and the teen had been engaged in at least three separate incidents, involving various acts of sexual intercourse. Two of the events reportedly occurred in October 2013 in Clevenger's vehicle while the third incident was said to take place on November 8 at Clevenger's home.

The teen's parents told police they had found inappropriate images on the teen's phone, which had been deleted. Officers were able to use software to obtain the memory information from the phone. That data showed that there had been 32 explicit images, which the teen said were sent to him from Clevenger.

According to the affidavit, the mother told police in a written statement that she and Clevenger had a conversation following the November 8 incident. In that conversation, the mother said that Clevenger admitted to the acts occurring, then said the teen "doesn't act 13 (years old)."

Clevenger had appeared on TLC's show "Cheer Perfection", a reality TV show that followed young cheerleaders who compete competitively with Cheer Time Revolution, a gym located in Sherwood, Arkansas. The show only aired for two seasons from December 2012 to October 2013. The show had already been canceled when Clevenger was arrested. The incidents did not take place at the gym.