The Sherwood Police Department is giving young children an important reading assignment this summer, one that officers believe could save lives. 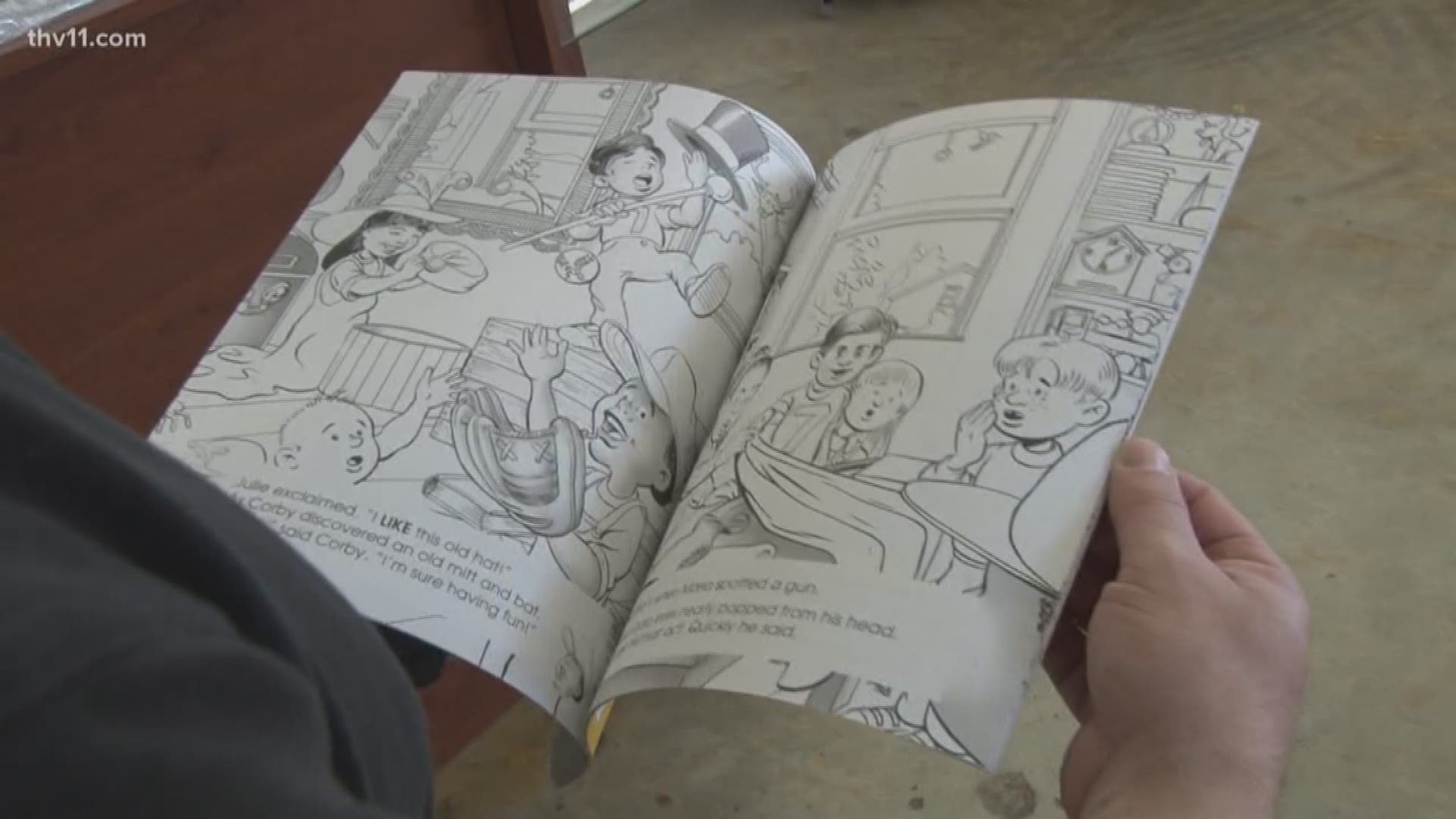 The Sherwood Police Department is giving young children an important reading assignment this summer, one that officers believe could save lives.

The department partnered with a pair of gun stores and a pawn shop to distribute activity books that teach gun safety.

“Throughout the U.S., it does happen from time to time,” Sgt. Keith Wilson said. “Kid finds a gun, doesn’t know what to do with it, plays with it, whatever. So, just want to continue to try to prevent that.”

Wilson said Sherwood police officers could not recall any instances of children in the city unintentionally shooting someone, but the department still wanted to actively prevent it from happening. Last week, it delivered books, DVDs, and stickers from the National Rifle Association’s Eddie Eagle GunSafe Program to Arkansas Armory, TRS, and Watson’s Pawn.

“It’s a good curriculum to talk to kids about, in order to help them understand what to do if they ever encounter a gun,” said Nathan House, General Manager of Arkansas Armory.

House said he has taught from the Eddie Eagle materials for a few years. “It helps work with kids on their level,” he explained, “and it’s broken up into different segments for certain age groups. So, you’ll have different activities for kids that are in Kindergarten versus somebody that may be a fifth or sixth grader.”

House said Eddie Eagle and the other cartoon characters make the information easy for children to understand. Wilson said the cartoons support work by officers, teachers, and parents to tell children not to touch guns, and to immediately tell an adult if they find one.

“That’s great, and it gives them that knowledge, but kids are kids,” he said. “They tend to forget things. But having the additional workbook to take home with them, it’s something fun. There’s connect-the-dots, different things they can color or do. But it’s something that will help stay in their memory.”

According to the Centers for Disease Control, 104 children (under the age of 17) were killed by unintentional gunfire in 2016, the most recent year for which statistics are available. Another 1,998 were reported to be injured.

House said he had not taught a class based on the Eddie Eagle program for two years, but with the new stack of activity books and interest from parents, he decided it was time to do so again. “As kids start going into the summer months,” he said, “and are probably going to be at home more—maybe unsupervised—so that they know what to do if they were to encounter a gun at home.”

The program will be offered free of charge on Monday, June 18, from 9 to 10 a.m., and if interest is high enough, he might add additional sessions.

Wilson says this is the first time Sherwood PD has handed out the activity books, but it has already received a positive response from the community.

“It’s one of those: we’ll probably never know for sure whether a child saw a gun and reported it to a parent,” he said. “The only thing we’ll know is, is that, hopefully, we won’t have any reports of a child hurting themselves or someone else.”

Wilson said the books will also be available soon at Little Free Pantry locations around Sherwood. Anyone else with a location where they want to distribute them may call Sherwood PD.