"The more I thought about it... Sherwood doesn't really have any bike lanes," she said. 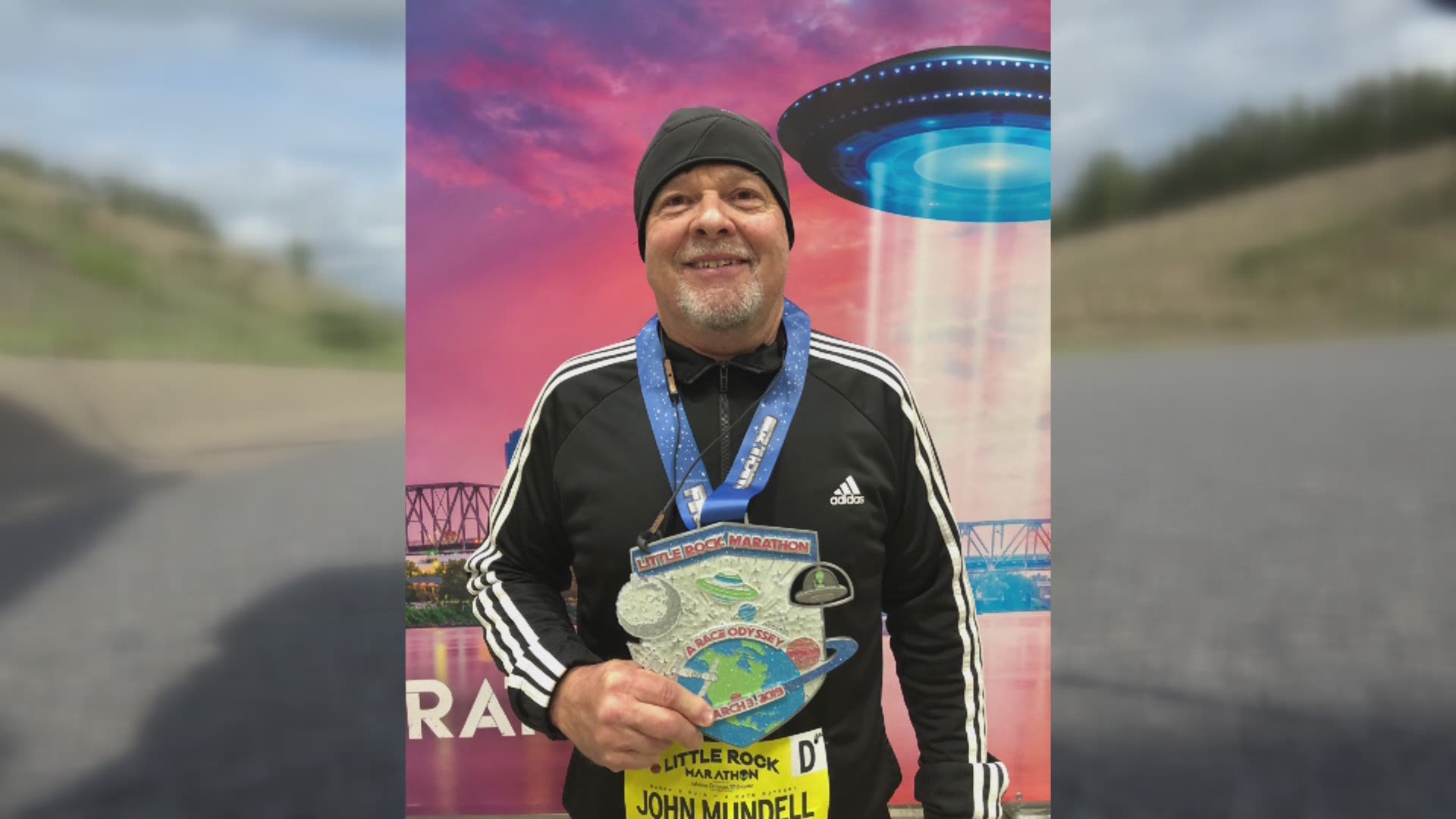 SHERWOOD, Ark. — The wife of a Sherwood cyclist killed in a hit-and-run is asking the city to do more to ensure the safety of others by putting in bike lanes.

It has been almost five months since John Mundell was killed by a hit-and run-driver on Highway 107 in Sherwood. His wife, Kimberly Mundell, said she is still searching for closure.

"As of a couple weeks ago, they're still getting leads which is great. People are calling in thinking they know the car."

But Kimberly is working to find something positive to come of John's death. She wants Sherwood to look into adding bike lanes on some of its roads.

"The more I thought about it...Sherwood doesn't really have any bike lanes," she said.

Kimberly said she reached out to the mayor and city council members with her plan. She said she is requesting they set aside money to do a study for bike lanes.

"With Sherwood being part of the central Arkansas area, there’s a huge cycling infrastructure in the greater Little Rock area with the trails by the river. How would a building those bike lanes in Sherwood connect with those larger plans?" she said.

Mary Jo Heye is a city council member and said Sherwood will be getting its first bike lanes soon.

"We will definitely be getting them on the new construction of Maryland," she said.

But she said the city needs to do more in terms of adding more trails as well..

"We need to look for opportunities and grants in which we can utilize those types of connections and make biking safe for Sherwood," Heye said.

THV11 reached out to Sherwood Mayor Virginia Hillman. She said the city is moving toward adding bike trails and would like to eventually have a connected trail system. Hillman said the city is also making room in the 2020 budget for a biking study.

“I would really hope it would be specifically identified in the budget to go toward the study and that way it becomes a major priority for the city," Kimberly said.

Kimberly says she is also pushing for the city to apply for grants like the League of American Bicyclists' Bicycle Friendly Community award.

"By applying, you get some great feedback on what you can do to help improve. So, for that alone the feedback would be a great opportunity," Kimberly said.

She is also pushing for Sherwood to implement a bike-friendly community committee that would serve as an advisory group to the mayor and to the city.

"That’s something that Little Rock has that I found would be a great resource," Kimberly said.

She said any change for cyclists would mean a lot to her.

"If I can give back in some way to promote cycling safety, it may help keep other cyclists safe on the roads and also bring honor and memory to John," Kimberly said.

Police are still searching for the car that hit Mundell. It is believed to be an early 2000s Hyundai Elantra Hatchback. If you see it, call Sherwood police immediately.