After more than a year, Simmons Bank Arena won't be silent for much longer. 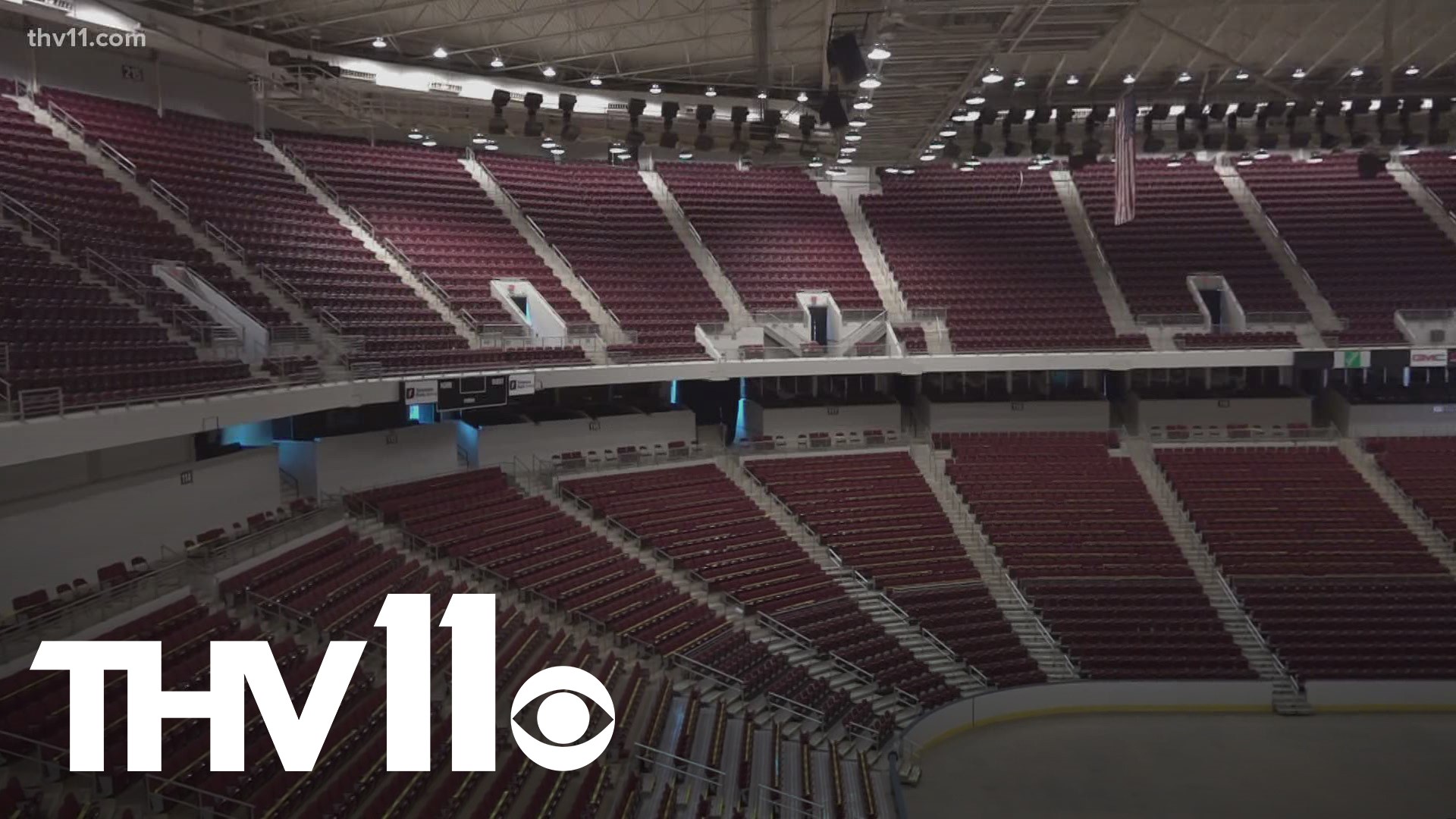 NORTH LITTLE ROCK, Ark. — After more than a year, Simmons Bank Arena won't be silent for much longer.

"Well it definitely has not been a fun year," Michael Marion, the General Manager at Simmons Bank Arena, said. "The shadow of COVID over things, that certainly affects, you know, the preparation."

No performers, music, or cheers took a toll on those working behind the scenes at the arena, but just like the artists who come to town, the show must go on.

Fans will officially be welcomed back on June 4, when the "In Real Life Comedy Tour," hosted by Mike Epps, comes to North Little Rock.

"When people come here for Mike Epps, they're going to see that there are available seats spread out all over the arena," Marion said. "But a lot of seats are actually marker off that are not available."

That's not the only change coming either.

New changes to mask requirements from the Centers for Disease Control complicates how shows will work at the arena. Marion says just like the set designs the artist chooses, that may also be up to them.

"I think as we go down the road, depending on the tour, they'll be the one driving that bus as to whether they want to have people show their vaccination card to buy a ticket," he said.

Marion says many other stadiums and arenas across the country are not requiring that, and that that isn't a focus of theirs as of now.

He says the main point for them now is just having people back in seats.

"Kind of our first impression, that's gonna be made this summer with the events that we have coming," Marion said.

"So we want to make sure people don't feel like, 'Oh, they just sat here and did nothing for a year,' we are getting it ready for folks and we want them to come and have a good time."