Stealing packages from someone's porch now a felony in Arkansas

The new law makes this crime a Class D felony, which could mean up to six years in prison if convicted. 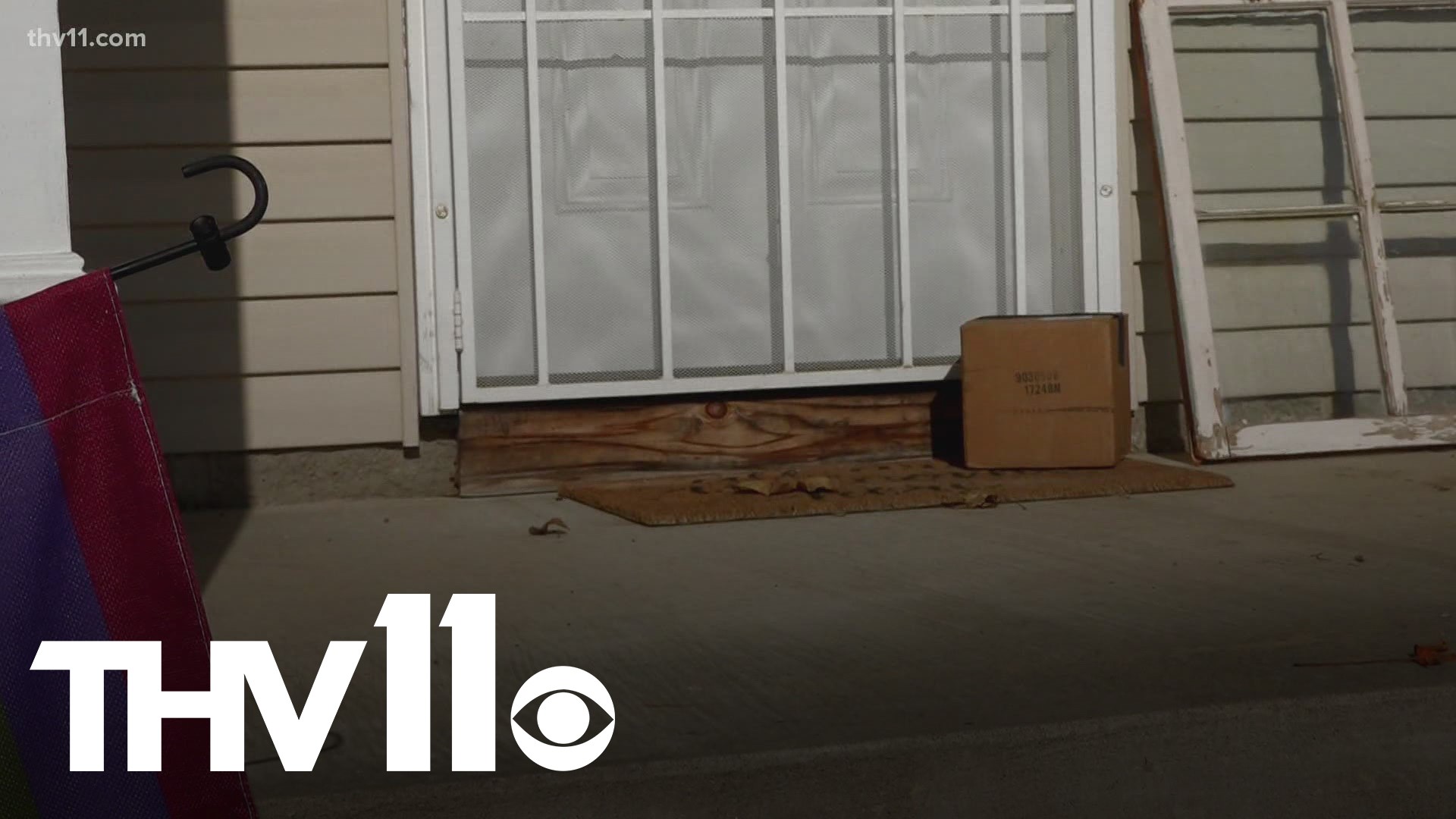 The pandemic has led to a lot more online shopping, but that also led to an increase in thieves stealing packages from strangers' doorsteps.

This is also called 'porch pirating' and the Arkansas legislature had something to say about that.

Now, if you're caught stealing from someone's property you could get charged with a felony.

"It's not just a thing that's being taken. It's someone's sense of security in their home," said Charles Finkenbinder, Conway City Attorney.

The new law was passed in this year's Arkansas legislative session. The lead sponsor was Representative Lee Johnson.

No one was immune to the crime. You have a package delivered and it's left on your porch, but a thief comes and swipes it.

That crime used to be a misdemeanor. Now, it's a Class D felony in Arkansas that could lead up to 6 years in prison.

"You know, with the pandemic we saw that it wasn't just birthday presents, but also groceries and medical supplies," said Rep. Johnson.

Porch pirating has become popular especially around the holidays, but there are things that are helping catch the criminals, like video camera doorbells.

"Save any video that there might be and if you know your neighbors across the street they may have video, which provides a different perspective," said Finkenbinder.

Finkenbinder also recommends no matter how big or small the stolen package is file a police report.

"People don't always report the theft to police, but they usually report it to social media," said Finkenbinder.