Teachers gathered in Little Rock to learn how to apply tourniquets thanks to Stop the Bleed. 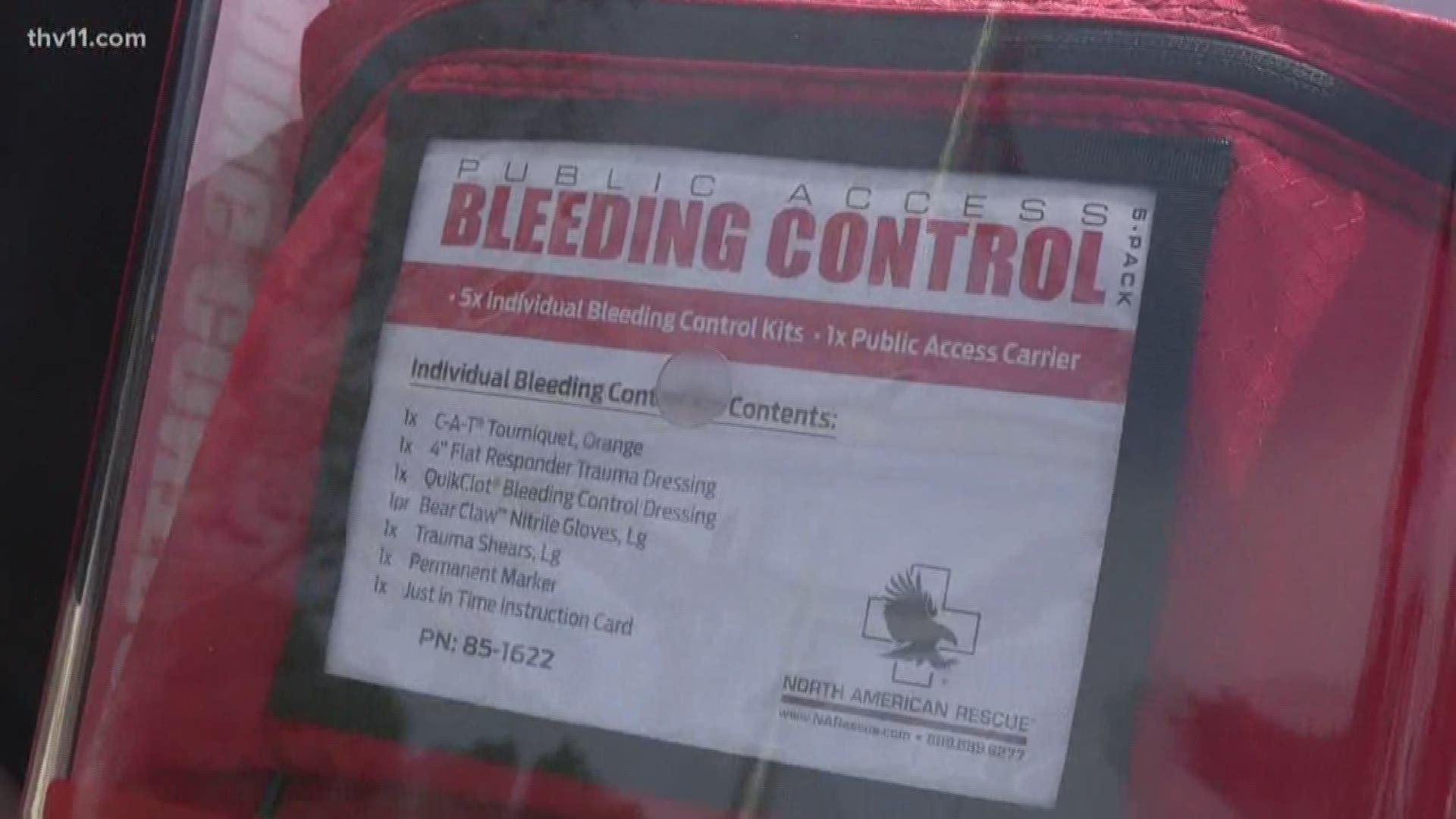 LITTLE ROCK, Ark. (KTHV) — Monday, Feb. 19, teachers in Little Rock experienced a role reversal. They became students of an essential first-aid measure, that can help save lives when someone suffers a major injury. Otter Creek Elementary School held a “Stop the Bleed” training for teachers.

Learning how to respond is going beyond your first responders.

"The true first responders are the people who are there immediately on scene," Jon Swanson, Executive Director for MEMS, said.

First-responder training is going into the classrooms.

"When parents give us their children for seven and a half hours a day they assume it’s a safe environment and it is," said Margo Bushmiaer, Health Services Coordinator for Little Rock School District.

About 300 Arkansas schools now have a bleeding control kit with five tourniquets.

“They know potential problems so it makes them feel safer doing their job," Bushmiaer said.

Stop the bleed is a national campaign and MEMS has worked to make it a statewide campaign.

"To my knowledge were the first to do that," Swanson said.

While they’ll help in major tragedies, the kits are for much more, including everyday injuries like cuts from glass, playground accidents, and automobile accidents.

Grants from the health department have made this equipment and training free to schools.

“The churches and places of business are next," Swanson said.

These kits will be mounted on the walls of all participating schools. The goal for MEMS is to get them in every Arkansas school.