The City of Little Rock prohibited racing and caravanning in public streets, but there are some who say it's not enough and won't stop the problem. 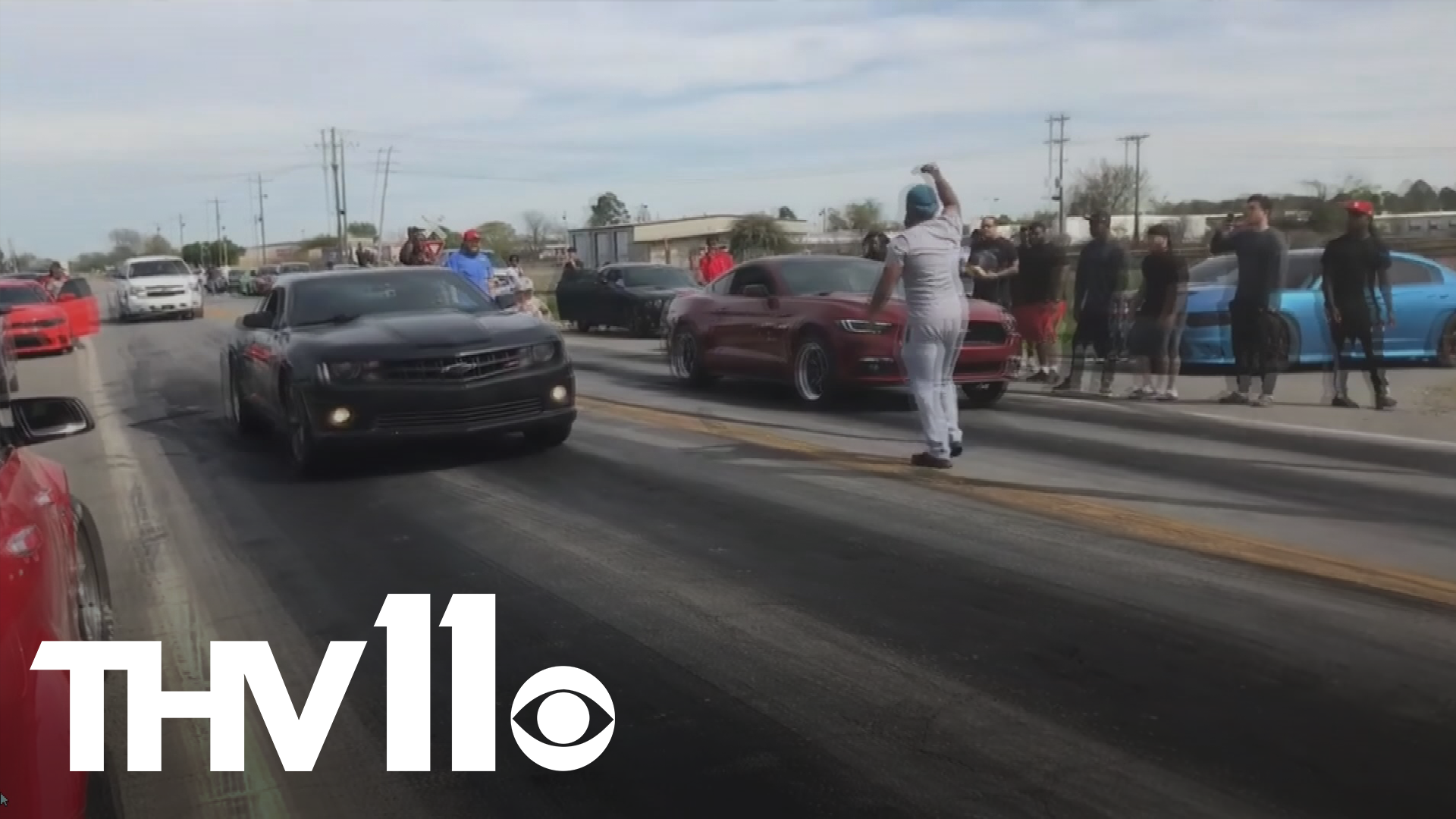 LITTLE ROCK, Arkansas — Drag racing, caravanning, drifting, and burnouts are nothing new to Little Rock, but the activity became more popular when the pandemic began.

After lockdowns, the streets became empty, which was a perfect opportunity to take to the roads.

Hundreds of people gathered for car meets where people would show off their driving skills by doing donuts and burnouts. Some of the meets were in the streets and some were in parking lots.

“You always have your meet and greet, where you find a location and everyone pulls up to the parking lot. Everyone shows off their nice cars and stuff," Cash said. "Then, we have a second location where we go and we just do donuts.”

Cash describes the meets as 'a family thing' where people come to hang out and meet friends. He said they used to hang out around the Little Rock airport, but the meets got bigger and police got ahead of the action.

“It got to the point where Little Rock Police Department and state police would be there waiting for us to get there, and once we get there it’s like, 'what do we do now,'” Cash said.

A couple of weeks ago, the City of Little Rock made drag racing and caravanning illegal within city limits. Now, there is a specific city ordinance LRPD can refer to for writing citations, unlike before, where they referred to a state statute.

Cash says that will do nothing to stop people from racing and caravanning in the streets.

"Give us a lot and we will get off Broadway down here on 17th. We will stop doing donuts by the mayor’s place if they give us a lot. It’s just going to get worse,” Cash said.

Several cities around the country have also seen more people taking to the streets. Some of those cities, like Memphis, have a race track available to drivers.

It's called Memphis International Raceway. It's a privately-owned track that people can take their cars and motorcycles to race and drift.

“It’s definitely a good thing to see whenever someone takes their time-slip to their buddies and say, 'Hey, look my car is faster than yours,' and there’s not quite a way to do that like here at the drag strip," said Memphis International Raceway General Manager Sam Martin.

Martin says the track is a way to deter people from using public streets to race, but Memphis police say otherwise.

“Providing a platform like that will be useful for those that may want to attend, but the thrill, the challenge... those challenges are accepted. Those challenges are published and produced over social media, which is the draw for most of the drivers,” said Memphis PD's Colonel Keith Watson.

In 2020, Memphis police have given more than 1,300 tickets for reckless driving.

To help stop the problem, Memphis PD is starting a campaign to “Slow Down Memphis,” and the Tennessee legislature is trying to pass a law to make drag racing a Class A misdemeanor with steeper fines and possible jail time.

The City of Little Rock is not currently considering a drag race track. In a statement sent to us from the Mayor’s Office:

“It’s a safety risk and the city would need to discuss the idea of implementing that. If someone wanted a track or lot, they would need to voice that to city directors."

LRPD is expected to carry out the new law that prohibits drag racing.

The Street Crimes Division of the LRPD focuses on how to prevent drag racing and caravanning. Little Rock police have requested assistance from the Pulaski County Sheriff’s Office to help write tickets.

“We’ve been using recent tactics in the past few weeks that seem to be working," said Sergeant Todd Davis. “When we see people who are doing it, we are pulling them over, writing tickets, and towing cars trying to make sure we keep the streets safe for everybody.”

The Arkansas House and Senate passed a bill that will increase the penalties for drag racing on state highways. A person found guilty could get a misdemeanor and a suspension of their license for six months. If you are caught again, you could receive a felony charge.

Gov. Hutchinson signed the bill. It will become law in July.