The Arkansas School for the Blind has a three week summer jumpstart program made up of 26 kids. 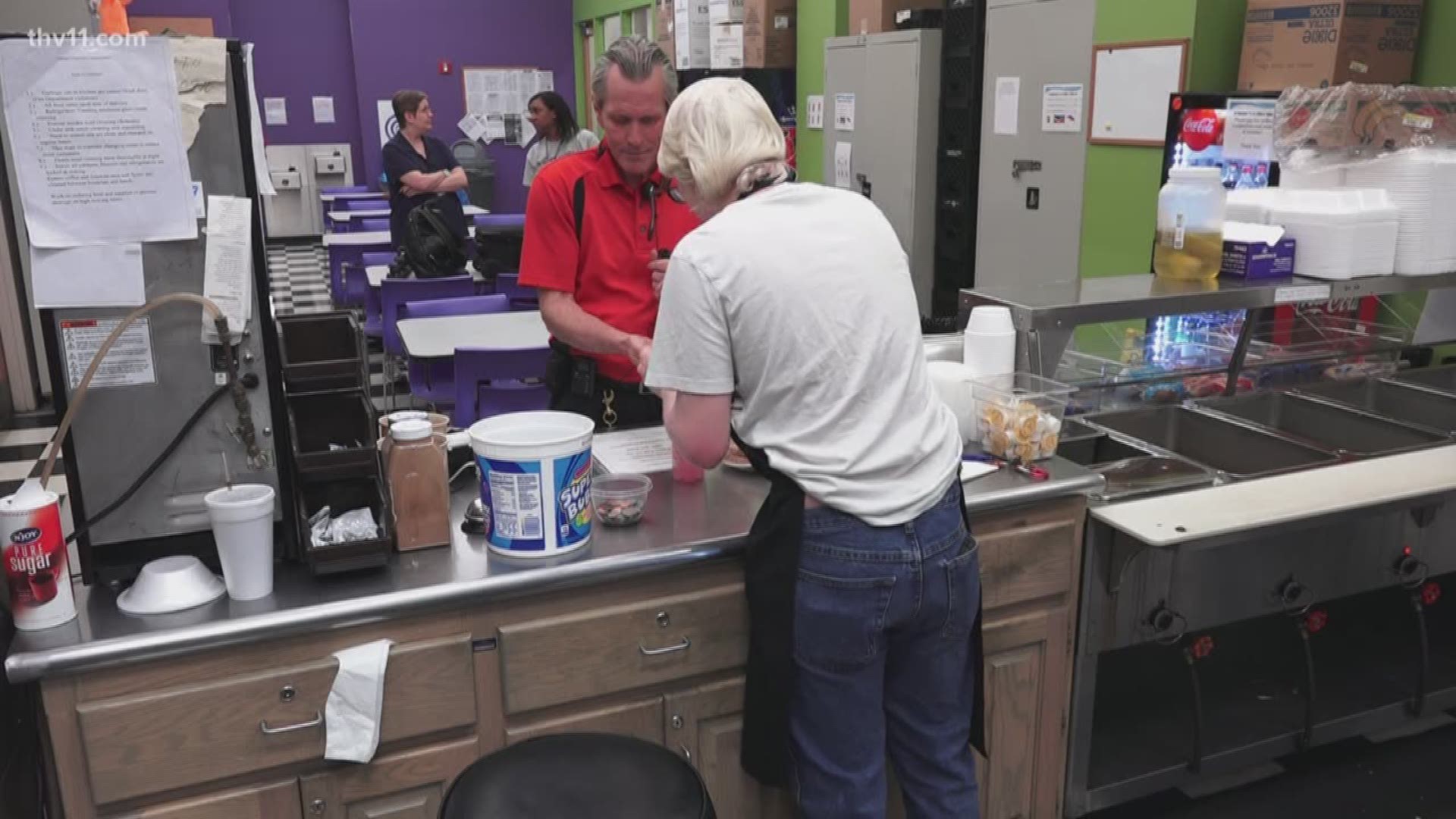 LITTLE ROCK, Ark. (KTHV) -- The Arkansas School for the Blind has a three week summer jumpstart program made up of 26 kids.

The program gives day jobs to kids that are blind or visually impaired and takes them to different activities and restaurants in the evening like Sonny Williams Steakhouse and the Movie Tavern.

Cody Hull and MiAnthony Jones are in the program and placed in the cafeteria at DHS to work.

“Without this I wouldn't be able to understand and learn a lot of things about cooking work,” Jones said.

“Sometimes I’m in the back doing dishes and sometimes I'm at the front taking peoples money and helping customers make sure they get what they want so they're happy while they're in our cafeteria,” Hull said.

Hull said the program is preparing him for college and helping him decide what he wants to do in the future, while teaching him life skills.

“It's simple money math like learning how to count change, I had to have help quite a bit at first but over time I've gotten used to it,” Hull said.

The program has also paired with sixteen different workplaces across Little Rock including; the Arkansas Children's Hospital, the Arkansas State Capitol, the Peter Miller Law Firm, and many more.

Brian Sanders lost his vision in a car accident one year ago, he went through the Jumpstart program last summer and now he works for DHS.

“I was a consumer here, a counselor, and now I'm a manager. I work with individuals that are blind or visually impaired and help them get into the work force,” he said.

He said Jumpstart gave him his life back and he wants to help others like him get back on track too.

“I'm enjoying life. I have a family and a job, life is good,” he said.