A man who is a regular customer at Jose's Bar and Grill in Tontitown visited for lunch Tuesday and left a $600 tip on his $17 check. 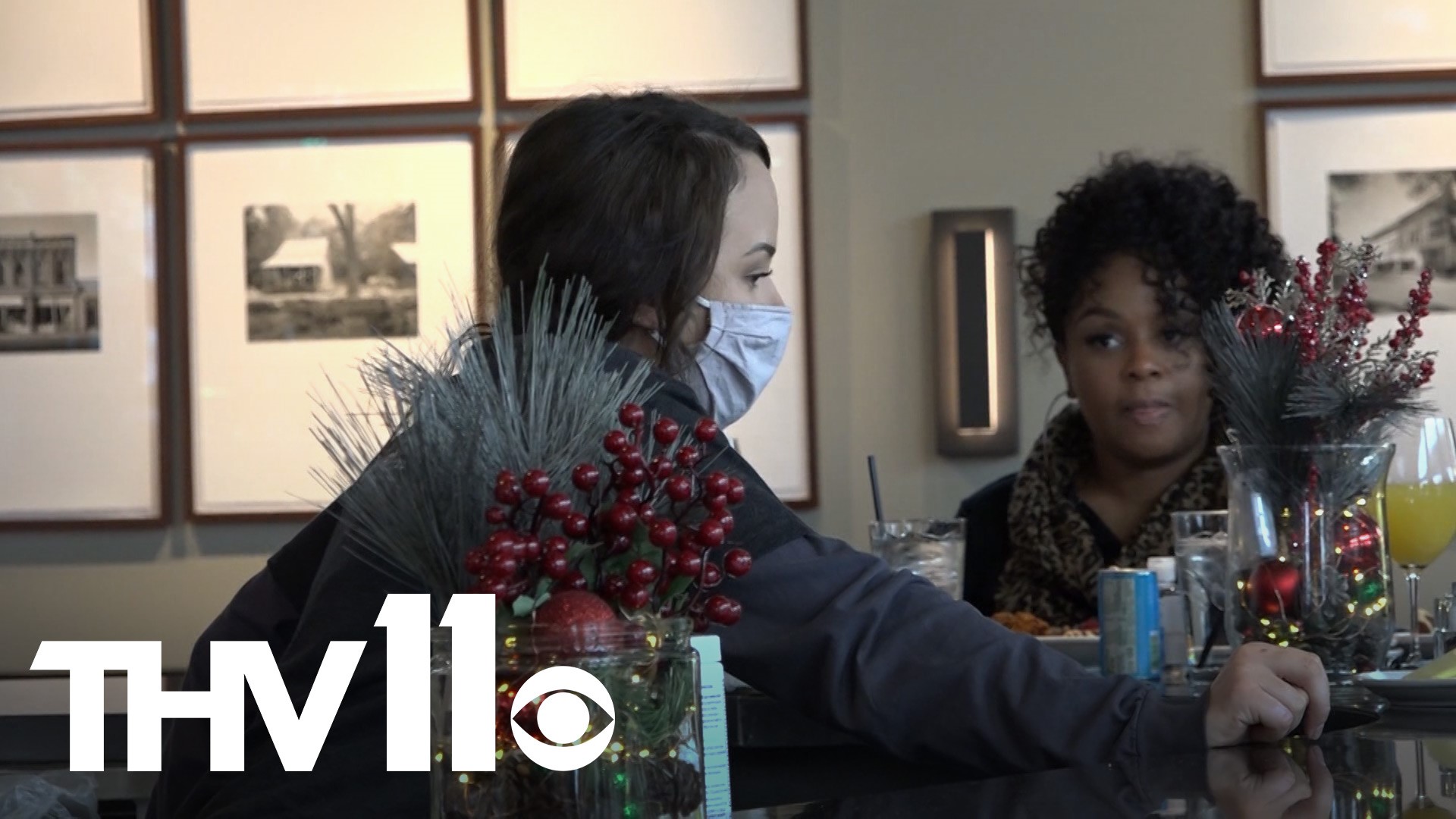 TONTITOWN, Ark. — It’s the season of giving, and one Northwest Arkansas Secret Santa decided to give a rather large tip on his check at a local restaurant.

“It was definitely a surprise, and the guy said he had definitely been there before and knew what it was like and wanted to help somebody over the Christmas holidays,” Doug Allen said.

A man who is a regular customer at Jose’s Bar and Grill in Tontitown but wants to remain anonymous visited for lunch Tuesday (Dec. 15) and left a $600 tip on his $17 check.

Owner Doug Allen says it was a wonderful gesture that couldn’t come at a better time because some of his staff wondered how they were going to buy presents for their kids.

“We’ve had some people do that in the past but not such a large amount as this time. So, the person who did this has a big heart, and it definitely made our hearts grow three times bigger,” he said.

The man who left the $600 tip asked his server, Alix Roddey, who was working while he was there, because he wanted to tip everyone. She was surprised when he told her he would be tipping all six of them $100.

Roddey says she’s very thankful for the man’s generosity because times have been tough.

“We’re not being able to have full capacity, which is understandable especially with everything going on, but it’s really a blessing because it’s that type of kindness that’s getting us all along right now. I wish there were more of it, but we’re so thankful for it,” she said.

Everyone at Jose’s Bar and Grill says they are very thankful to the man who left the large tip.

RELATED: Dolly Parton shares her favorite Christmas memories, what the holiday means to her