Talk about it: Teens helping teens with suicide prevention

The reality is that more people die by suicide than homicide, and the numbers of teens and young adults taking their own lives is at all-time high. 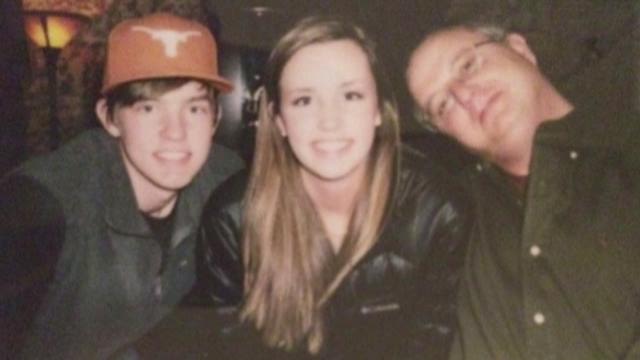 LITTLE ROCK, Ark. (KTHV) - Suicide is a difficult topic to talk about, and one society often avoids.

However, the reality is that more people die by suicide than homicide, and the numbers of teens and young adults taking their own lives is at all-time high.

In fact, suicide is the third leading cause of death for 15 to 24-year-olds.

“I struggled for months after that, and I still do to this day. It's an everyday thing,” said Johnson.

On the outside, Alex was a fun loving and active teenager, always surrounded by friends. However, his family said he struggled with depression his friends never saw.

“We saw a lot of more than what people realize,” said Johnson.

“We called her Barbie because she looked like a Barbie. She had blonde hair. She was just a tiny little girl. Her laugh is one of my favorite things about her still,” said Nicole Melton. “That is one thing with suicide, people don't want to talk about it and Brinley, I think, struggled with that.”

Both Johnson and Melton said social media and peer pressure are a big part of the problem when it comes to suicide and teens.

“It’s becoming such a pillar of our age group,” said Johnson. “Everyone has social media and it becomes where you base your value on numerical value of your followers or the likes you get or comments or whatever it may be on your social media and what my age group fails to realize is that's not real.”

“I think people go through not thinking they are worth enough, comparing themselves to other people in high school,” said Melton. “I mean people do that all the time especially in high school, even in college.”

Both women agree more conversations need to be had, and more people their age need to be involved.

They are both working to fight the stigma. Johnson started Alex's Army, a non-profit dedicated to raising awareness about suicide and mental health. Melton became an Ambassador for Alex's Army and was inducted as junior board member for the American Foundation for Suicide Prevention (AFSP).

“I think it’s really important to have people our age talking to our peers instead of adults to a younger group. It makes a big difference and they can relate to each other better,” said Johnson.

“Before it happened I would have not been able to tell you anything, just that it was something that happened, but ever since it happened to my friend Brinley I have educated myself and I have just gotten to the point where this is something I want to do. I want to help bring awareness to the world,” said Melton.

On November 5th at Dickey Stephens Park in North Little Rock, the Arkansas Foundation for Suicide Prevention is holding an "Out of the Darkness Community Walk to Prevent Suicide.