16-year-old Allison Dougan has filed to run as a state representative. 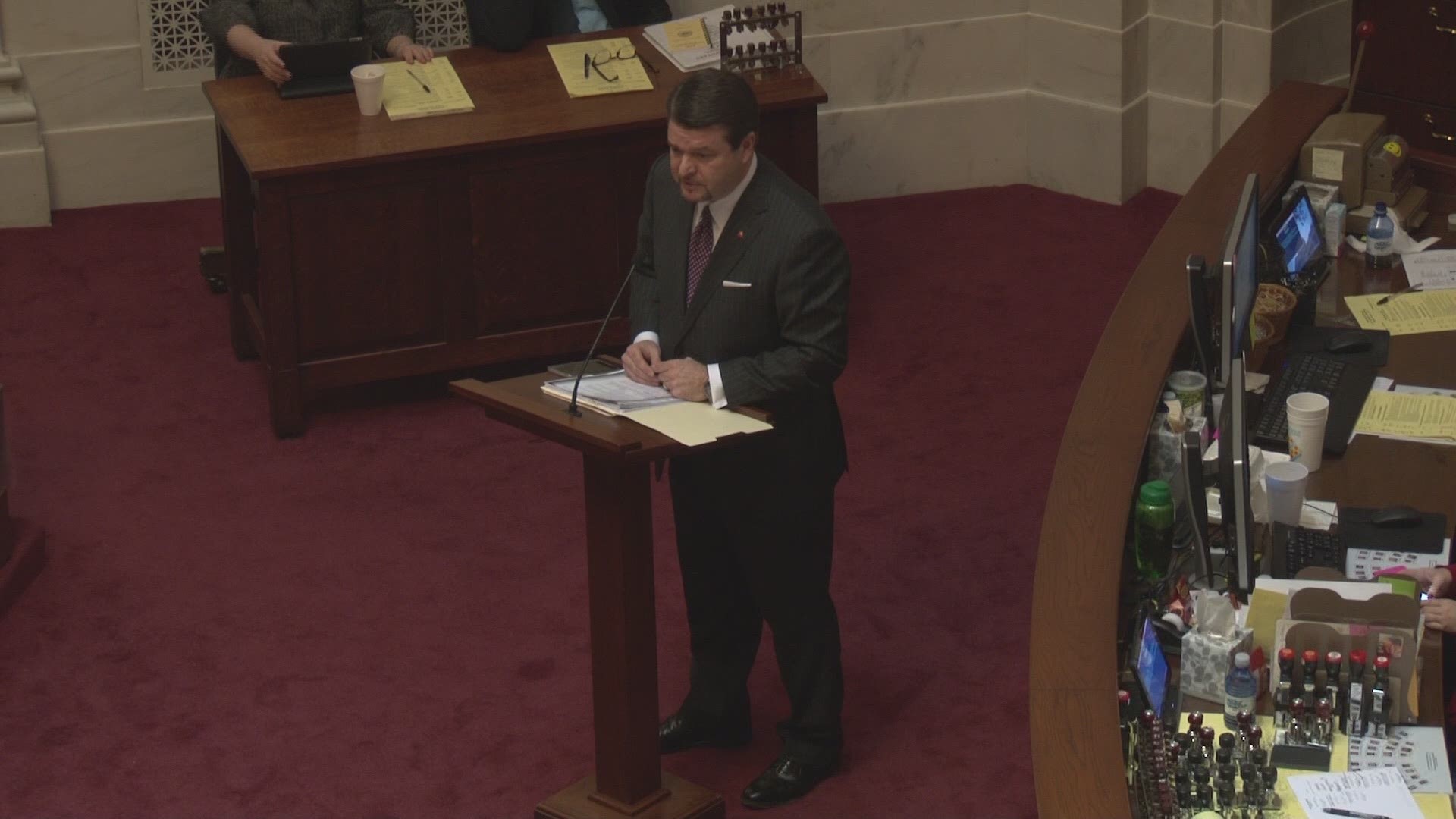 CONWAY, Ark. — Candidates are lining up this week to run for office in the 2020 election.

One of them said she wants to serve her community in the state capitol, but she'll need to change the state constitution first.

Allison Dougan has been determined to run for office since working as a page for State Sen. Jason Rapert (R-Conway) at age 12.

"It was just the general atmosphere. You know, at that time, there was a partisan divide, but everyone was still kind of working together," Dougan said.

Now at 16, she wants a seat of her own and filed to to run as an Independent for State Representative in District 40, which includes parts of Pulaski and Faulkner counties.

"I'm for the Bill of Rights," Dougan explained. "I'm for our basic, American rights and what they stand for: the freedoms, our liberties."

But she currently does not have the right to run. The Arkansas State Constitution says State Representatives have to be 21 years old to take office. Dougan wants to change the requirement to 18. She said she plans to work with state lawmakers on an initiative they could send to voters to amend the Constitution. If that fails, she plans to circulate a petition and access the ballot that way. But she said she is willing to go to court to fight what she calls age discrimination.

Dougan said her interest in politics came from her struggles with the public education system. She left her traditional school in middle school; she said teachers bullied her because she was not challenged academically. She attended online school and quickly completed several grades, but when the school's administrators refused to let her take classes at Arkansas Tech for concurrent credit, she left that, as well. She finished her high school education on her own and is currently taking classes through Purdue University. She plans to attain her bachelor's degree next year and begin law school after that.

Dougan believes the challenges she faced in her schooling made her tough enough to run for office. “I’ve had to fight for my education since day one, you know? I can fight some more," she said. "Why not?”

Most states require their legislators to be at least 21 years old, but more than a dozen have lowered the age limit in at least one chamber to 18. Dougan said she will be 18 before she would take her oath of office. She knows she would not have been capable of running for office when she first got the itch at age 12, but said age--young or old--should not prevent a person for running for office.

"I like to think that the American people know who they're voting for," she said. "They know who's qualified and who's not qualified."

Dougan said she has gotten both support and scorn for her decision to challenge the state law, and that it has come from Democrats and Republicans, alike. But she believes ignoring this fight would have been the only wrong thing she could have done.

The filing period for 2020 candidates ends Tuesday, November 12. As an Independent, Dougan will have to collect signatures to earn a spot on the ballot, which she can do starting in February.

Dougan said some of her top legislative priorities include improving infrastructure in rural communities, improving public education, and providing incentives to companies and agencies to deliver food and medicine to home-bound senior citizens.

Her father, David Dougan, also filed to run in District 40. Allison Dougan said he decided to do that as he was driving her to the State Capitol on Monday to complete her paperwork. She said he was inspired to run for the same seat so that at least one member of the family would be able to campaign for her cause.