The bill would ban abortions once a heartbeat is detected. Lee was surrounded by lawmakers Thursday for the announcement. 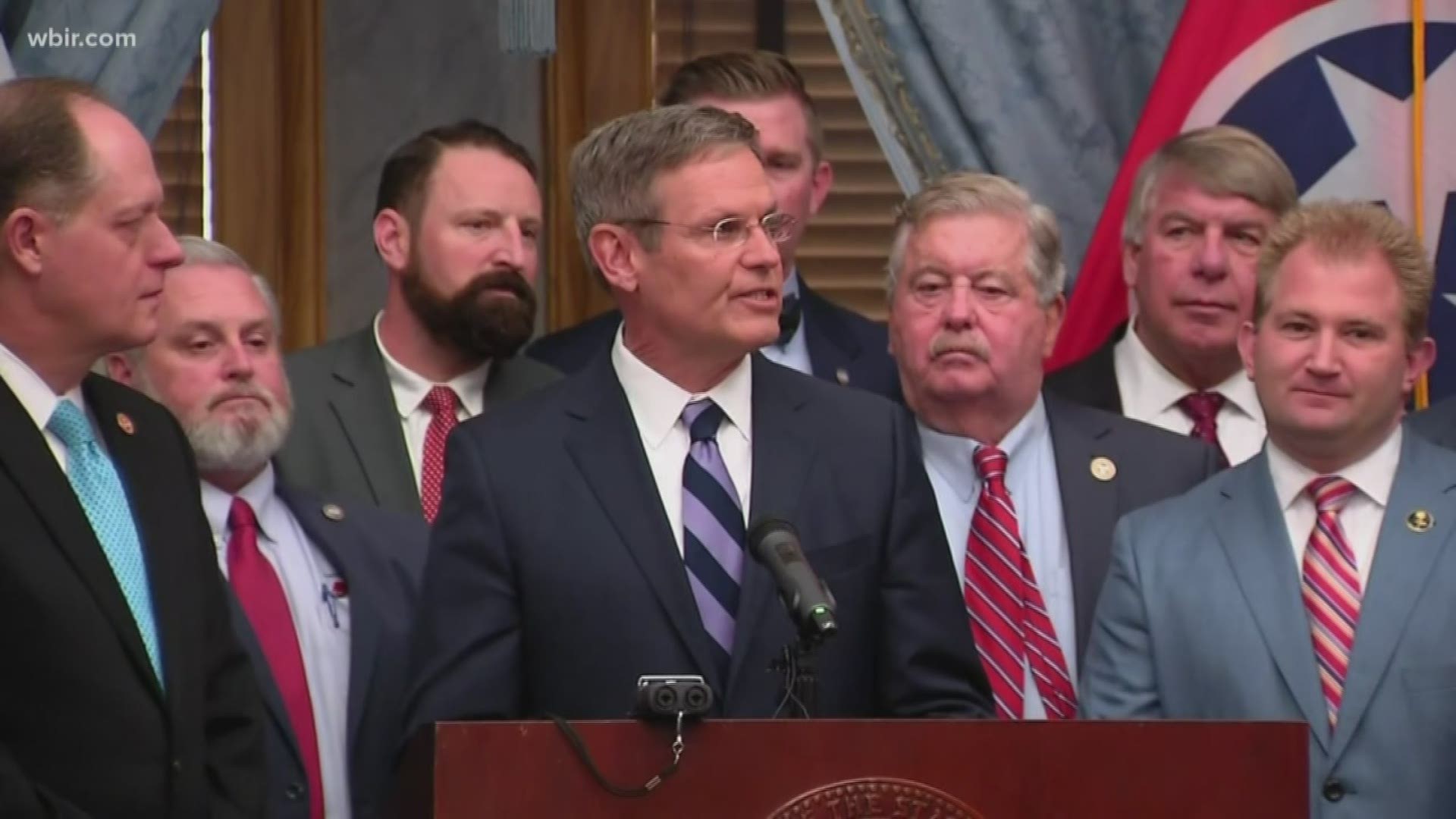 It would build upon successes in other states while also incorporating innovative approaches to enhance existing law, he said. It would include provisions such as:

A release from the governor's office said the new law would also include a “ladder” provision. It would be modeled after Missouri law, which has a ladder of less-restrictive time limits at two-week gestational age intervals, along with severability clauses for each step of the ladder.

Gov. Lee said he believed the legislation would put Tennessee at the forefront of protecting life.

"No one is more vulnerable than the unborn," Lee said.

Lee was surrounded by lawmakers Thursday for the announcement.

Similar bills have passed in other states, but have ultimately failed in Tennessee.

"We're talking about the rights of women. If you believe that women are equal, women have to have agency over their own bodies, and if the government can tell women what to do with their bodies -- that's not equality," Johnson said.

"I think it should be a state issue. I don't think it's an issue in my district. I look forward to seeing the details of the bill," Daniel said.

RELATED: Abortions in US fall to lowest number since becoming legal