On Friday, the Supreme Court rejected the Texas-led effort to toss out the four battleground states' election results. 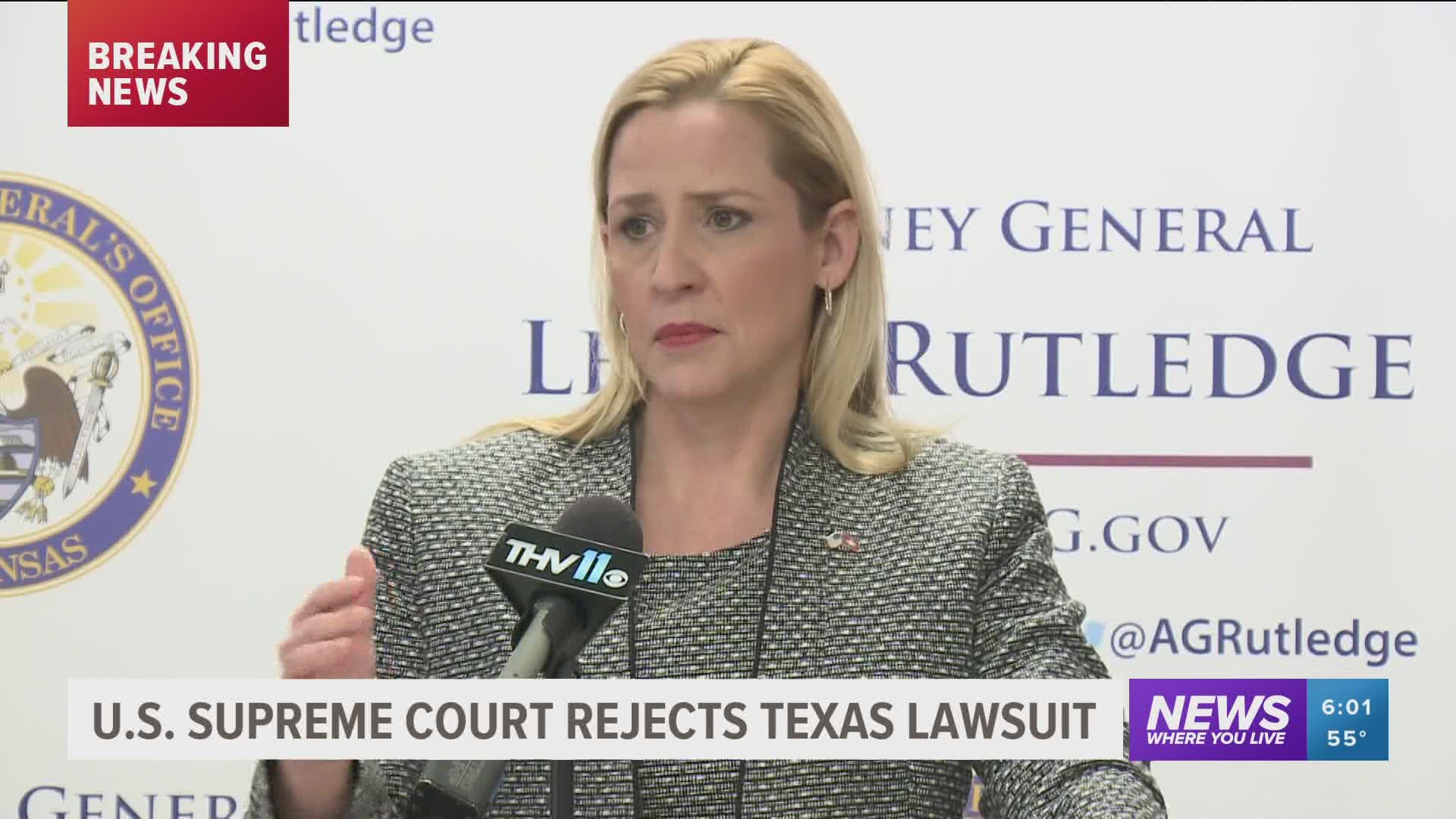 On Friday, the Supreme Court rejected the Texas-led effort to toss out the four battleground states' election results.

126 Republican members of Congress signed on to the case in a show of support.

President Trump and his Republican allies argued that the Supreme Court should have set aside all four states’ votes, allowing Republican-led state legislatures to cast their state's vote in the election.

Political experts expected the lawsuit to fail, but Rutledge says the support was crucial in protecting the election process and Arkansans' votes.

When asked if Arkansas taxpayer money was used in the case, Rutledge admitted that attorneys with the state worked on the case since it was a state issue.

Janine Parry, a political science professor at the University of Arkansas, predicted that the lawsuit would not make it to the Supreme Court, but says it probably boosted Rutledge's standing with Republicans in the state.

When asked if she hopes joining the lawsuit and continuing to support President Trump and his campaign will positively impact her run for Arkansas governor, Rutledge says this, as well as her other accomplishments as the attorney general, will be a platform she'll proudly run on.

All 50 states and DC have now certified their presidential election results, meaning the window for the legal battle the Trump campaign is pushing for is getting smaller.