Gary Smith, who won $1 million from a scratch-off ticket he got as a vaccine incentive, will use the winnings to have a wedding and honeymoon of his dreams. 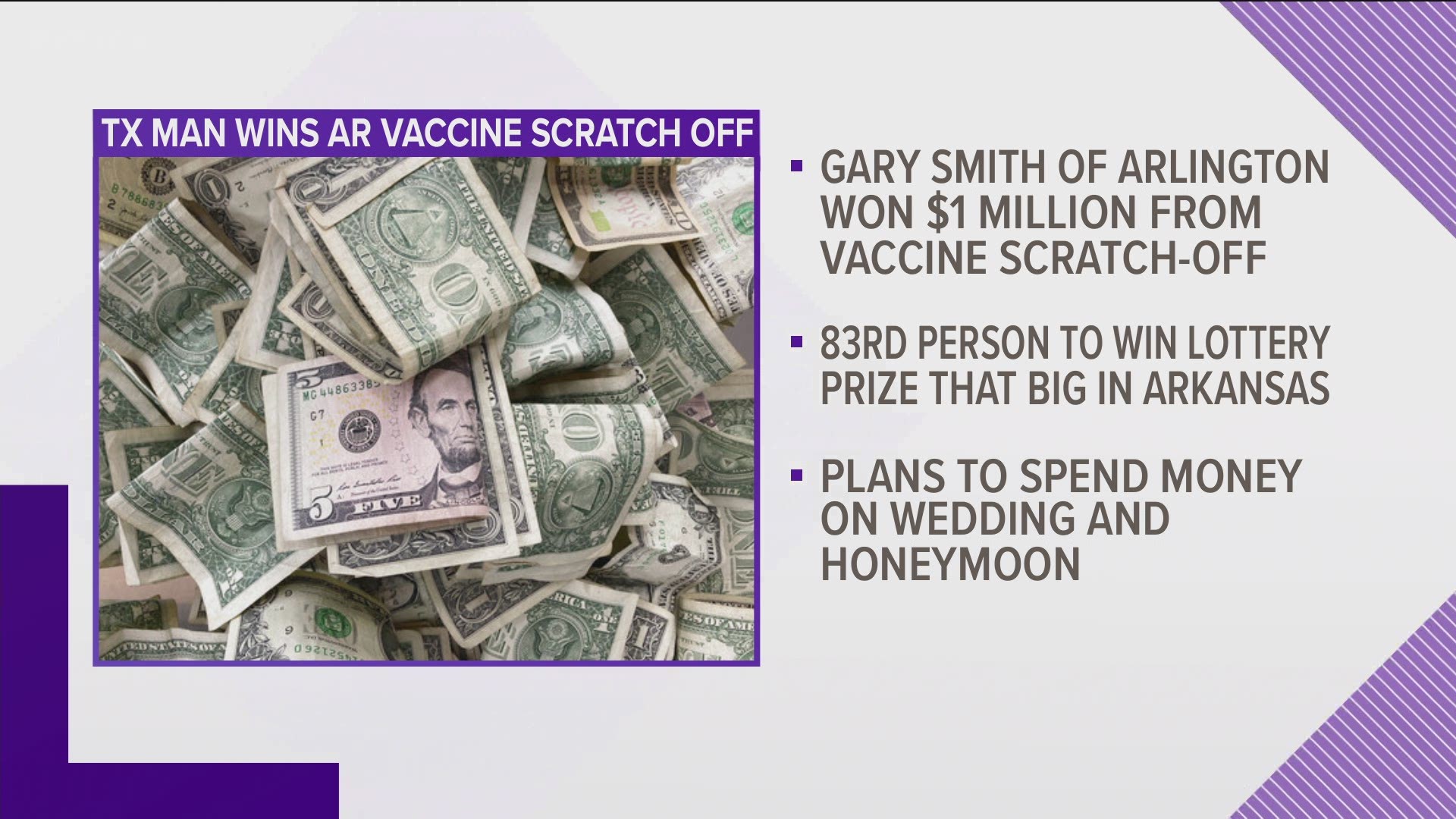 LITTLE ROCK, Ark. — A Texas man has won $1 million from a scratch-off ticket he got as a vaccine incentive in Arkansas.

Gary Smith, an Arlington, Texas resident, was visiting family in Arkansas when he went to a health department to receive his second dose of the COVID-19 vaccine last Friday.

After showing proof of his second shot, Smith chose the scratch-off ticket over the $20 gift certificate for the Arkansas Game & Fish Commission.

“My grandmother was the first person that I told about my win,” Smith said. “We both were in total shock! She immediately wanted to leave to get her another ticket.”

Smith said he will use his winnings to "have the wedding and honeymoon of my dreams with my future wife." Smith and his partner recently got engaged in April.

He's the 83rd person to win a lottery prize of $1 million or more in Arkansas.

Only one $1 million prize and one $50,000 prize remains in the $1 Million Spectacular game.

Governor Asa Hutchinson announced in May that the state would give away lottery tickets and gift certificates as an incentive to get the vaccine.