Does Texas allow tigers as pets?

In Texas, where they’re allowed depends on where you are.

HOUSTON — A tiger found inside a Southeast Houston abandoned home was transported to an East Texas sanctuary on Tuesday.

The Humane Society of the United States identified the sanctuary as the 1,400-acre Cleveland Amory Black Beauty Ranch in Murchison, Texas.

According to a press release, the tiger found Monday will be “joining more than 800 resident animals, including two tigers – Charlie, rescued from a breeder in 2016, and Alex, a former pet who arrived in 2014.”

That release also says the tiger “will undergo a thorough medical examination and be placed in quarantine for a minimum of two weeks. He will receive proper diet, veterinary care and the respect and dignity that he deserves. His permanent placement is pending possible court action.”

Now as an investigation is launched into who owned the tiger, what are the rules in Texas for owning one, and how common is it?

In Texas, where they’re allowed depends on where you are. 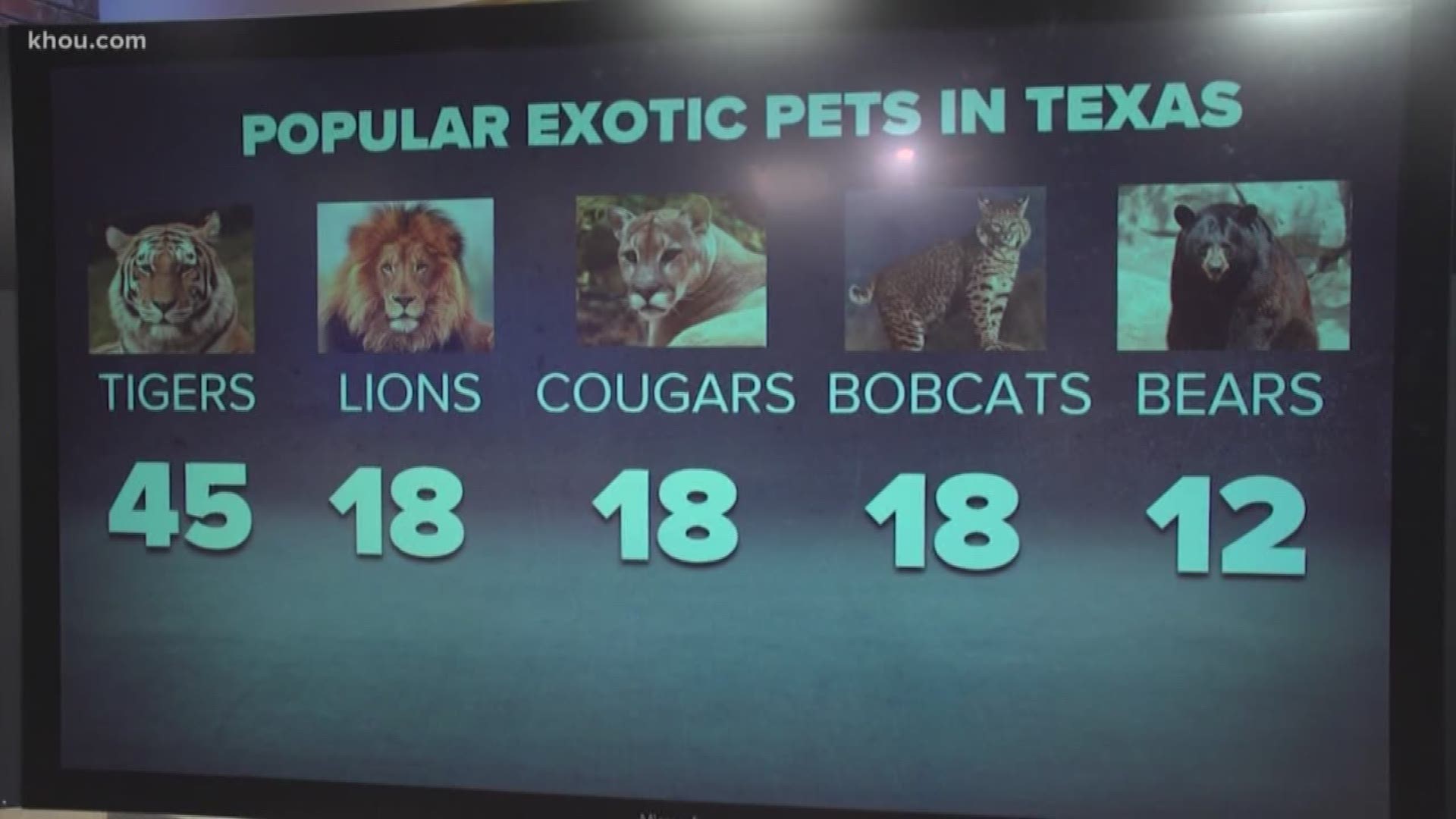 The zoo and the aquarium are the only two places where the City of Houston allows tigers, an animal that experts say is better left cared for by professionals.

“BARC takes in over 26,000 animals a year, mostly dogs and cats and puppies and kittens,” said Lara Cottingham, Chief of Staff for the city’s Administration and Regulatory Affairs Department. “Rarely a tiger.”

While tigers are not allowed in Houston, they are legal in unincorporated Harris County if their owners register the animals and follow a strict set of rules, including holding $100,000 in animal insurance and keeping the tiger secured at least 1000 feet from another home, school, or child care facility.

Texas law allows private ownership of tigers and other “dangerous wild animals”, as long as applicants register with their local animal control or sheriff, provide a paperwork copy to the state, and follow caging requirements.

Lara Anton, a press officer for the Texas Department of State Health Services, told KHOU on Tuesday there were 45 registered tigers statewide across four counties: 35 in Collin County, which is home to a big cat rescue organization, six in Potter County, three in Travis County, and one in Bastrop County.

Kevin Hodge, general curator at the Houston Zoo, says the real number of tigers in Texas is anyone’s guess.

Hodge says caring for one tiger takes his keepers about two to three hours per day, and it’s not cheap, with one eating around 3,000 pounds of meat per year.

Hodge considers between at least 4,000 to 5,000 square feet enough space for a big cat.

“Trees are important, grass is important, sunshine, and pools,” he said. “Tigers love to be able to swim.”

So even though they’re easy to buy online and may seem cuddly in pop culture, Hodge warns just because you can own one some places in Texas doesn’t mean you should.

“Tigers are extremely dangerous,” said Hodge. “You get a (400) or 500-pound tiger, it could be deadly. It could kill a person. It could kill multiple people. (You) really don’t need to have a tiger as a pet.”

Hodge says his keepers have at least two to three years of experience before he lets them work with tigers.

If someone gets caught owning one in Houston, that person could face up to a $2,000 fine and other criminal charges depending on the individual situation.