SpaceX's Elon Musk on rockets tested in South Texas: "We've got a lot of land with nobody around and so, if it blows up, it's cool." 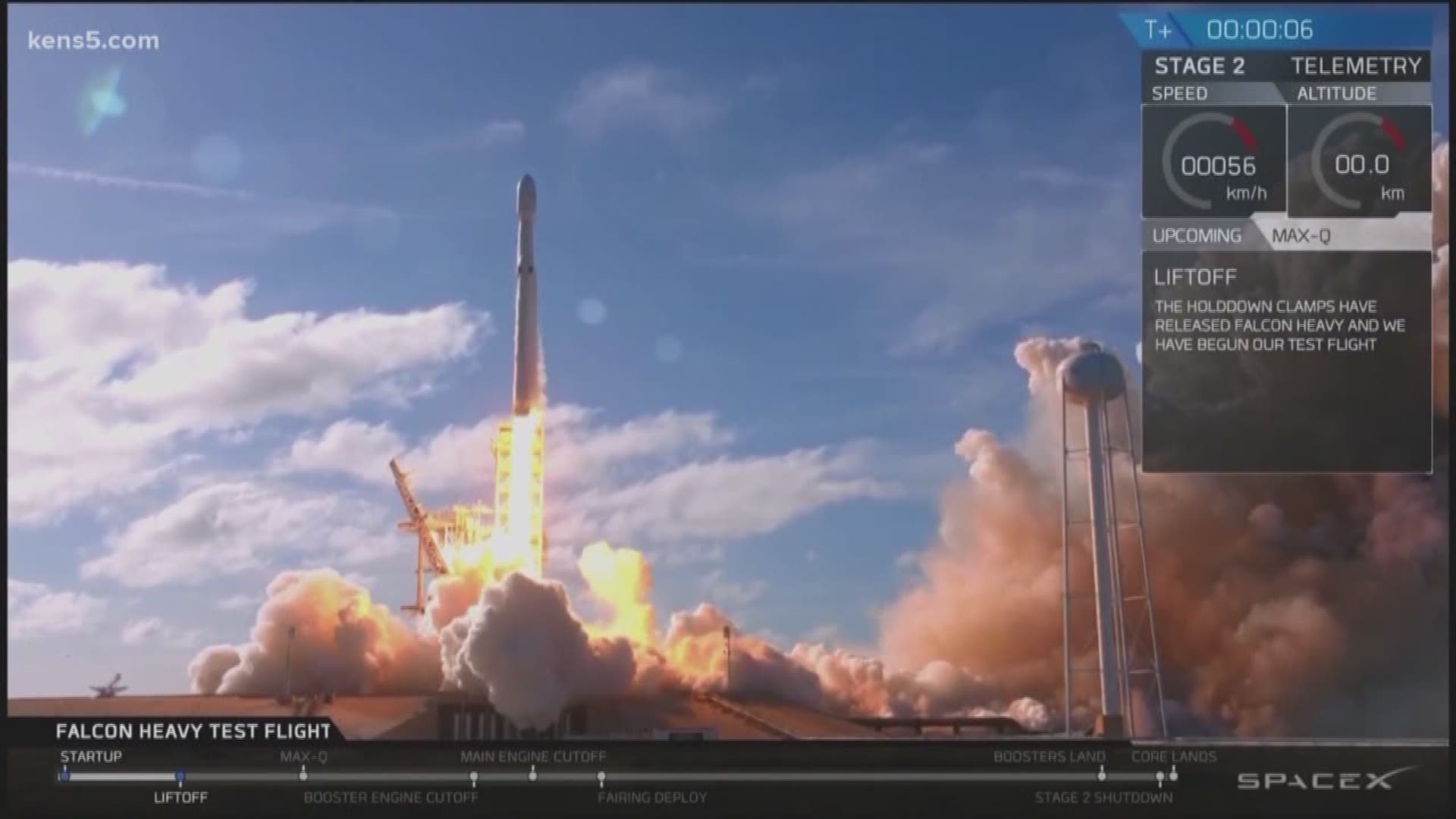 SpaceX received a great amount of praise after last week’s successful launch of the largest rocket by a private company, the Falcon Heavy.

However, remarks made by CEO Elon Musk at a press conference aren’t sitting well with a South Texas community that may soon see rockets launch from their backyard.

Trees in Keith Bloomer’s the backyard partially cover a work site where two dish antennas were installed months ago.

The property has belonged to the private space exploration company SpaceX since before breaking ground four years ago.

Keith’s family, on the other hand, has lived in the neighboring community of Boca Chica Village for almost 50 years.

SpaceX chose the site on the Texas-Mexico border to conduct tests and other rocket launches. The launch pad, which is located just off the Gulf of Mexico and a mile-and-a-half from the village, is still under construction.

The handful of families that live there don’t like the changes SpaceX has made around their community. Now, they’re feeling insulted after last week’s comments Musk made at a press conference on Feb. 6, about rocket testing in the area.

“We’ve got a lot of land with nobody around and so, if it blows up, it’s cool,” Musk said.

Bloomer, a 57-year-old Iowa native, says that the comments were insensitive.

“He ought to put one of these in his backyard himself within a mile-and-a-half of his house and launch it, and if it blows up, it would be really cool. Wouldn’t it?” Bloomer said sarcastically.

Blommer’s neighbor, Gale McConaughey, also heard the remark. The 77-year-old retiree is concerned about what could happen if there ever was an accident.

“Apparently not very well informed by his people,” he said. “Surely he knows there’s people here.”

In response to these concerns, SpaceX released the following statement:

“Texas is home to hundreds of SpaceX employees and their families. The notion that SpaceX would do anything to endanger them or any of our neighbors is simply not true. We love Texas. Every single SpaceX rocket and spacecraft is tested in Texas before flying to space and back again. We are entering a new and exciting era in space exploration and Texas will play an increasingly important role in our efforts to help make humanity multi-planetary.”

SpaceX is required to follow public safety regulations before launch. During that press conference, Musk said that the site could be used to, one day, send people to mars.

Neighbors say that six families have already sold their homes to SpaceX. The company says it’s only buying from those that want to sell.

Bloomer and McConaughey have many questions about the future of their neighborhood. In the meantime, they don’t plan to move out.