It will be the first time the fair has been canceled since World War II. 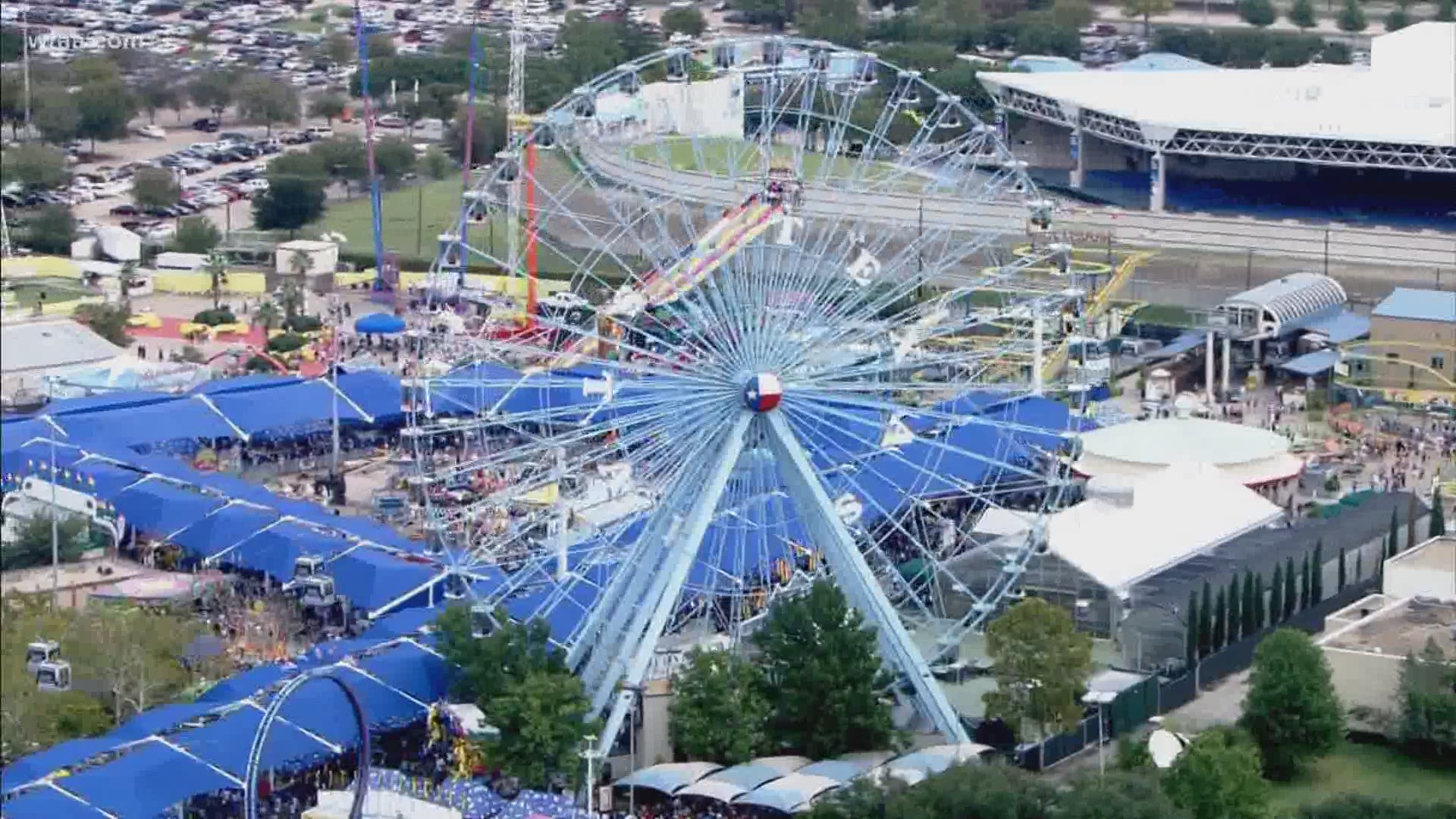 Fair officials posted the announcement to the state fair's website Tuesday morning. It is the first time the fair has been canceled since World War II.

The fair's board of directors voted to cancel the fair this year.

“This was an extremely tough decision. The health and safety of all involved has remained our top priority throughout the decision-making process,” said board chair Gina Norris in a written statement.

Fair officials said it wasn't possible to host the events while also ensuring the safety and proper distancing for fairgoers.

"While we cannot predict what the COVID-19 pandemic will look like in September, the recent surge in positive cases is troubling for all of North Texas," Norris said in the statement.

Fair officials said they are still working to figure out how to continue the Big Tex Youth Livestock Auction and other educational programs.

Though the fair will be closed, it's possible football games will still be played at the Cotton Bowl. Those decisions will be left to the NCAA and the participating universities.

"Should football be played this fall, the schools will be playing in the Cotton Bowl as scheduled, despite the cancellation of the 2020 State Fair," fair officials said in a written statement.

Those details will be shared later, officials said.

UT officials say the football game is expected to occur.

Dallas Mayor Eric Johnson called the cancellation of the fair the "safe and responsible decision.

“COVID-19’s spread is rampant in our community, and public health must come first," Johnson said in a written statement. "We all have to do what it takes to slow this virus so we can save lives and livelihoods and get back to doing what we enjoy.”

Fletcher's Original Corny Dogs has been a feature of the fair for 78 years. A representative for the business said "they are heartbroken" about the cancellation but understand the need to do so.

The business has been catering for first responders. A list of events is on fletcherscornydogs.com.

"We believe the spirit of the Lone Star state lies in every Texan’s ability to care and look out for their neighbor and it is with this in mind, we have decided to keep our guests, staff, and partners safe and healthy during these uncertain time," fair officials wrote.