Texas firefighters headed to California to assist with raging wildfires

About 190 firefighters, 50 fire trucks and 10 command vehicles from 56 fire departments in Texas will leave for California Friday. 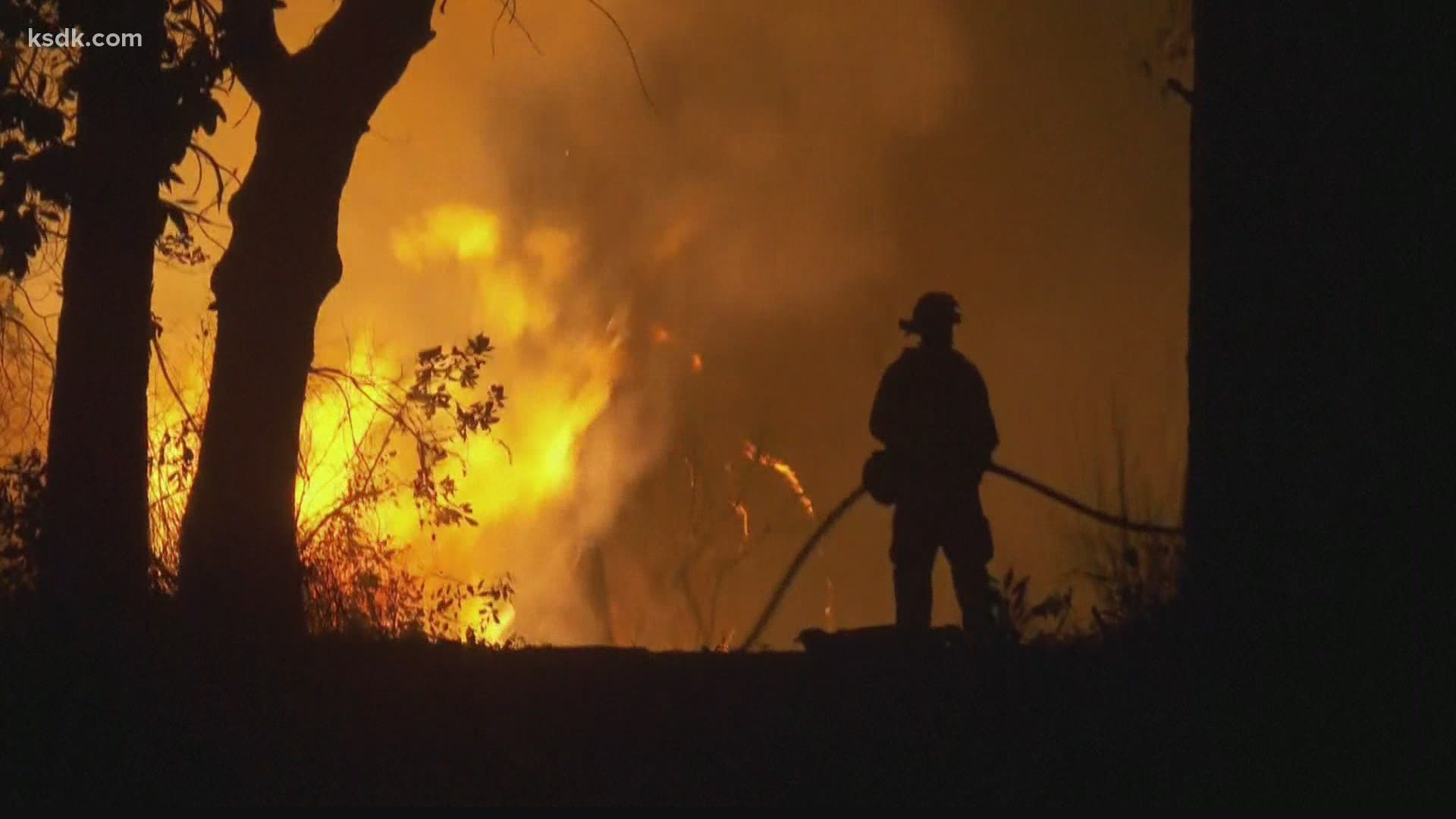 TEXAS, USA — Texas Gov. Greg Abbott announced Friday that more firefighters and support personnel from across the state are headed to California to assist in fighting the raging wildfires.

About 190 firefighters, 50 fire trucks and 10 command vehicles from 56 fire departments in Texas will leave for California Friday. Among this group is six specially trained wildland firefighters from Montgomery County ESD 1.

These resources are in addition to the 44 Texas firefighters that have been in California since August.

“Texas is ready to answer the call for help when disaster strikes – whether it’s here in the Lone Star State or across the country,” Abbott said. “I ask all Texans to join me and Cecilia in prayer for the courageous firefighters battling these wildfires, as well as for those who have been affected by this disaster.”

There are about 29 major wildfires burning from the Oregon border to just north of Mexico.

More than 4,800 square miles (12,500 square kilometers) have burned so far this year — more land than Rhode Island, Delaware and Washington, D.C., combined — and fall is typically the worst season for fires. Nineteen people have been killed and at least 4,000 buildings have burned across California.

On Wednesday, residents in San Francisco to Seattle woke to hazy clouds of smoke lingering in the air, darkening the sky to an eerie orange glow.

Photos from the cities went viral across social media.

1 / 14
AP
Smoke from California wildfires obscures the sky over Oracle Park as the Seattle Mariners take batting practice before their baseball game against the San Francisco Giants on Wednesday, Sept. 9, 2020, in San Francisco. (AP Photo/Tony Avelar)