Taylor Parker, 27, of Simms, Texas, is charged with two counts of murder and one count of kidnapping, police said. 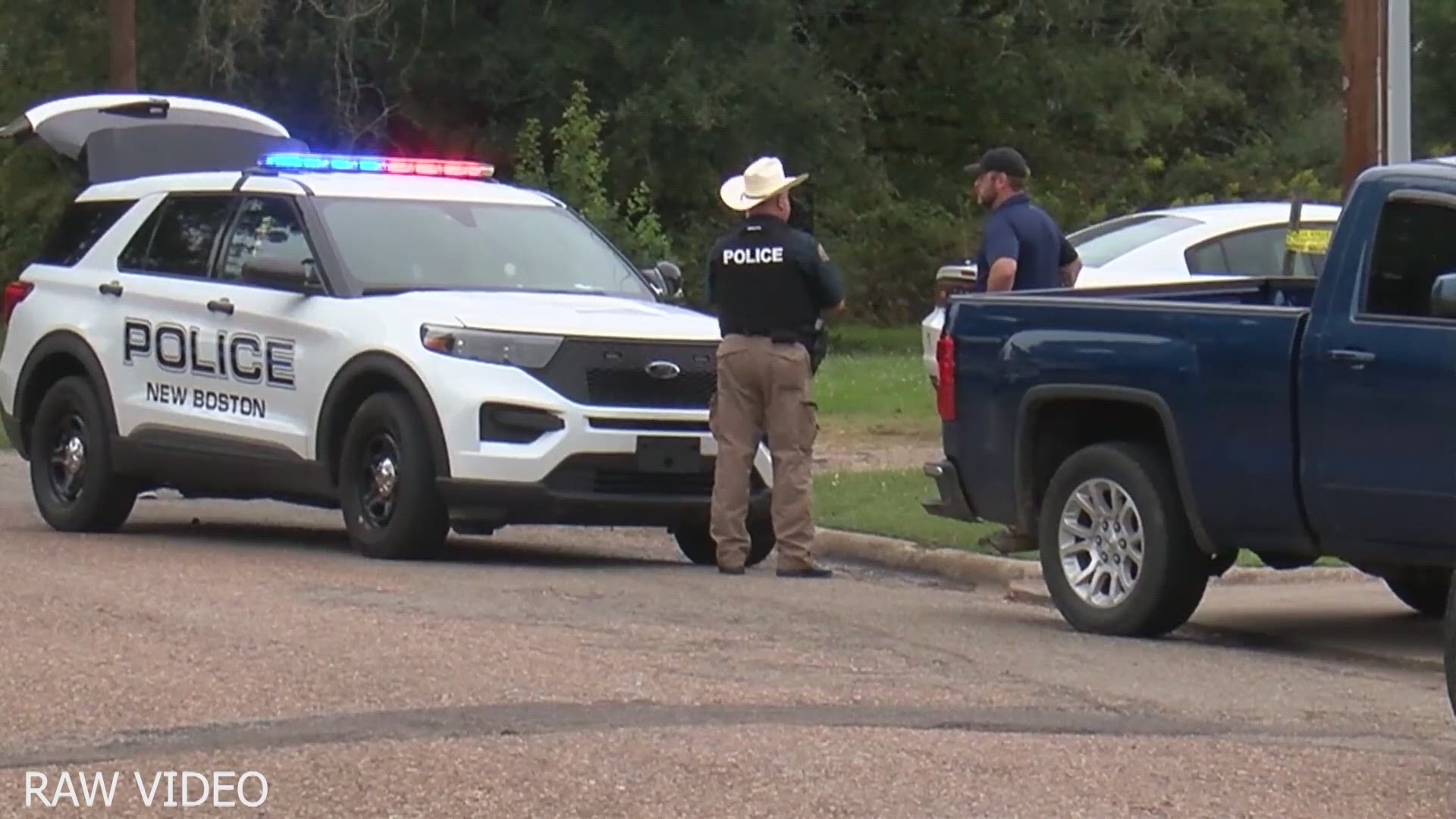 NEW BOSTON, Texas — A woman was arrested after a baby was removed from the womb of a 21-year-old woman found dead in a small East Texas city.

A Texas Department of Public Safety spokesman on Monday told The Associated Press that the body of Reagan Simmons Hancock was discovered Friday morning in a home in New Boston, a city of about 4,600 people.

Oklahoma State Bureau of Investigation (OSBI) said Taylor Parker, 27, of Simms, Texas, has been arrested in connection with the case after she was accused of removing an unborn baby from Simmons' body.

Parker is charged with two counts of murder and one count of kidnapping, police said.

On Friday, Oklahoma law enforcement was notified that Parker had arrived at McCurtain Memorial Hospital that morning with a baby she said she had just given birth to on the side of the road.

OSBI agents and Idabel (Okla.) police detectives went to the hospital and learned that Parker had been stopped by a Texas Trooper in DeKalb, Texas. She told the Trooper she just had the baby and the baby wasn’t breathing.

At that point, she and the baby were transported by ambulance to the hospital in McCurtain County, Okla. Police said the baby was pronounced deceased at the hospital.

Based on the investigation that was taking place in Oklahoma and Texas, police said Parker was arrested in connection with the death and kidnapping of the baby.

Parker was booked into the Idabel City Jail.

Credit: KHOU
Taylor Parker, 27, of Simms, Texas, has been arrested in connection with the case after she was accused of removing an unborn baby from a Texas woman’s body.

Tuesday morning, Parker was taken before a judge in McCurtain County District Court where she waived extradition to Texas on two counts of murder and one count of kidnapping, police said.

Parker will remain in the Idabel City jail awaiting transport back to Texas.

Charges have been filed in Oklahoma over the death of the fetus. Charges are pending in Texas over the killing of the baby’s mom. https://t.co/Ccmd38I22h