Judy Lansky passed way from a rare form of cancer this past year, but her legacy on the cycling community in Arkansas lives on today. 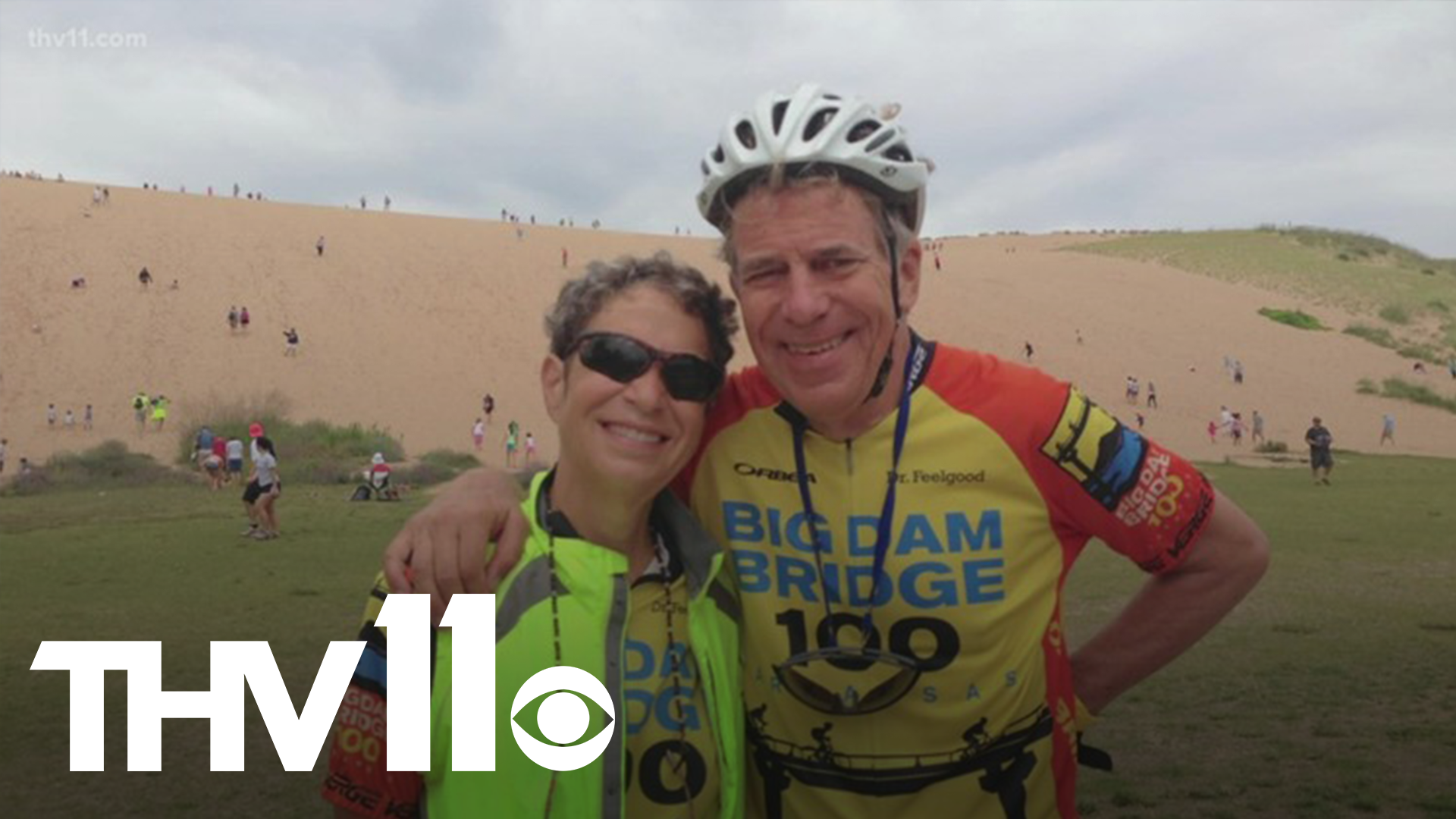 LITTLE ROCK, Ark. — Cyclists from all over are gearing up for the Big Dam Bridge 100 this weekend but this year, a notable figure who helped make this event a reality will be missing from the ride.

Judy Lansky passed way from a rare form of cancer this past year, but her legacy on the cycling community in Arkansas lives on today.

Judy Lansky and her husband, Kenneth Gould, were quite the pair. They traveled together on a tandem recumbent bike to the ends of the earth.

“It’s like riding down a street in a lawn chair with your feet stretched out in front of you pedaling,” said Gould. “We took that all over the world.”

Gould said Lansky was quite the partner in every area of life.

While they traveled all over the world, Lansky’s impact was felt most evidently here at home. Peggy Muncy, a fellow cyclist and a dear friend of Judy, said their impact on the Big Dam Bridge 100 was huge.

They were the first co-chairs of the Big Dam Bridge 100 Foundation.

“They did everything together and they're responsible for most everything that's happening this weekend,” said Muncy.

Both seasoned attorneys, Lansky and Gould were vital in the creation of an organization that advocates for cyclists beyond the Big Dam Bridge 100.

“Judy was a co-founder of an organization called Bicycle Advocacy of Central Arkansas (BACA) and that organization has promoted safety and the development of bicycle amenities throughout central Arkansas,” said Gould. “Much of what you see and take for granted if you ride a bike around here, by way of trails or other amenities, stemmed from the work she did with BACA.”

So this year, as tires hit the pavement, pedals spin, and excitement and joy fill the city, Gould hopes people remember that it is all because of legacies. That includes the legacy of his beloved wife, Judy Lansky.

Gould said that all riders can honor Judy’s legacy by contributing to BACA. You can get those details at: https://www.bikeadvocacyarkansas.com/