After a Mayflower storm victim's shelter was deemed inefficient for tornado protection, the National Storm Shelter Association has begun educating others on safe rooms. 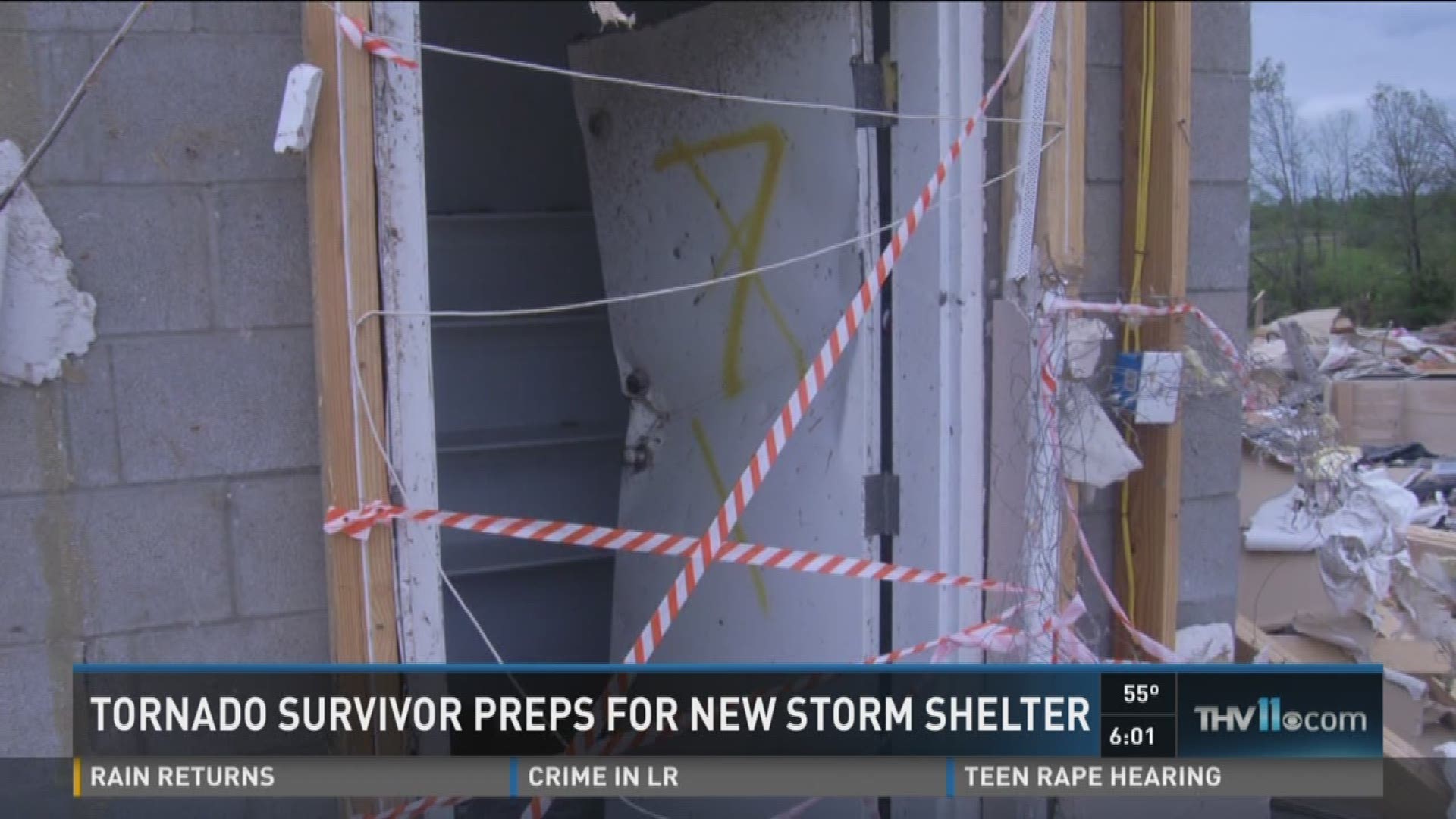 “I love it. It’s quiet, peaceful and private,” Donald Greer explained. It is a new home and a fresh start, but a piece of Donald Greer’s past is hard to live without. He said, “It’s been a heck of an adjustment. Getting used to living by myself and living in a new place by myself.”

On April 27, 2014, an EF-4 tornado ripped through the city of Mayflower, leveling homes and instantly destroying anything in its path. During that tornado, the impact of the debris forced the door into the family’s storm shelter, killing Greer’s wife of 41 years.

Greer explained, “The door that I used on my storm shelter that got blown away, it wasn’t up to code. I thought it was, but it wasn’t.” The accident sparked the interest of the National Storm Shelter Association. In exchange for the damaged door, the NSSA agreed to install a new storm shelter in Greer’s new home if built according to standard.

“It appears the shelter was well built and the door was a good door, but it was not one intended for tornado shelter application,” Dr. Ernst Kiesling said. Conducting a forensic analysis on the failed door for the past year, Executive Director of NSSA, Dr. Kiesling and his team have proven their suspicion that it wasn't a tested door. “I’m afraid there are a number of other shelters similar to it out there that are equipped with inadequate doors or untested doors,” Kiesling continued.

The NSSA is now educating the public about the safety of storm shelter doors and advocating that shelter door manufacturers clearly identify a door that is intended for storm shelter application. Meanwhile, Greer puts the finishing touches on the new place he calls home and hopes this research will eventually save lives.

Remembering the storm by turning rubble into art