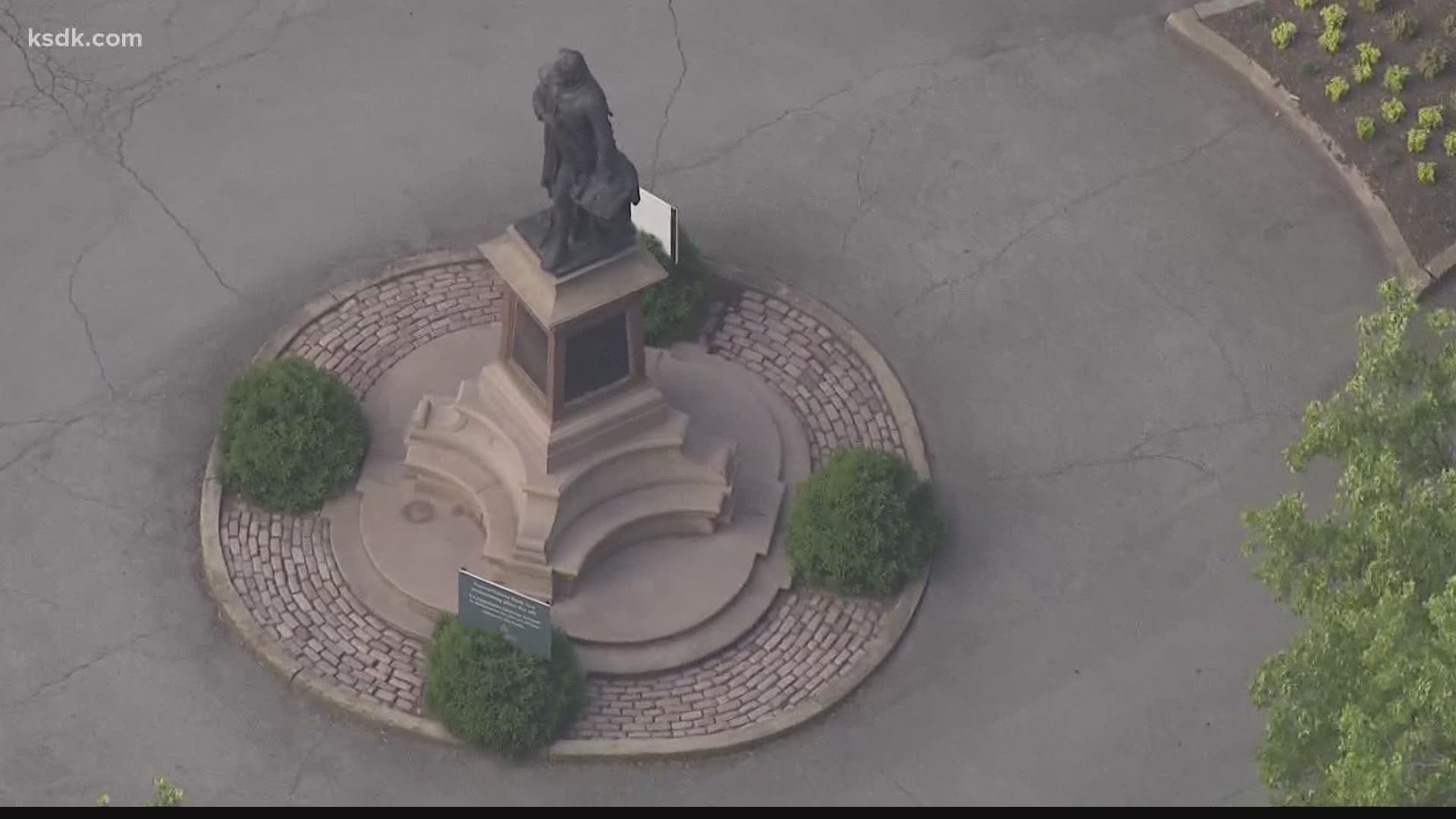 ST. LOUIS — There is no doubt St. Louis has a rich history, you can see it in the details along the riverfront, in names of streets and even in parks.

"Tower Grove Park is, I believe, one of only six municipal parks that are designated as national historic landmarks," said preservation historian Esley Hamilton.

The designation is an ode to the park's past, as the monuments of Shakespeare, Alexander von Humboldt and Christopher Columbus sit up high on their pedestals. But now a petition is once again aiming to bring down the Columbus statue.

"To have something that honors him and commemorates him I think is, especially with all that we know now, I think is really not something that should represent our town or city or country," said Rachel Sender, the organizer of the Change.org petition.

The effort comes as statues in his honor are defaced and destroyed nationwide. The effort locally is an attempt to officially get the statue removed.

"Something could be done to commemorate them in a different way and I think better way because Christopher Columbus doesn't stand for even what he did 20 years ago," said Sender.

RELATED: Protesters tear down Christopher Columbus statue in Richmond, throw it in lake

Hamilton said the statue's continued existence is one of the things that makes the park historic.

"The design of the park, that statue is an important part of that and I would hate to change that because that's really the park's claim to fame — that it has all the original features," said Hamilton. "I don't see that as being a central part of the central issue that we're dealing with right now, which is systemic racism in America. There are a lot of things that we can do that are much more pertinent to that, for example, trying to eliminate the celebration of the confederacy."

A confederacy that still makes itself known in street signs like Hanley and Jackson avenue.

A post on social media is now attempting to change that, too. The post explains that Martin Hanley was a slave owner who lived in what's now the Clayton area.

Cordell Whitlock
I am a 49 -year -old African American living in Clayton, Missouri. My house is located between Hanley Road and Jackson Avenue. Martin Hanley was a slave owner, and his home with the slave quarters is...

There was an effort to remove the Columbus statue in 2019. The Tower Grove Park Board of Commissioners decided to keep it up. Signs and markers were added near the statue to discuss the historical context of Columbus and the history of the park's land.