Trolling the president? USS John McCain shirts to be given away on Fourth of July

Veterans will hand out thousands of shirts honoring the McCain Family before the president addresses the nation from the National Mall. 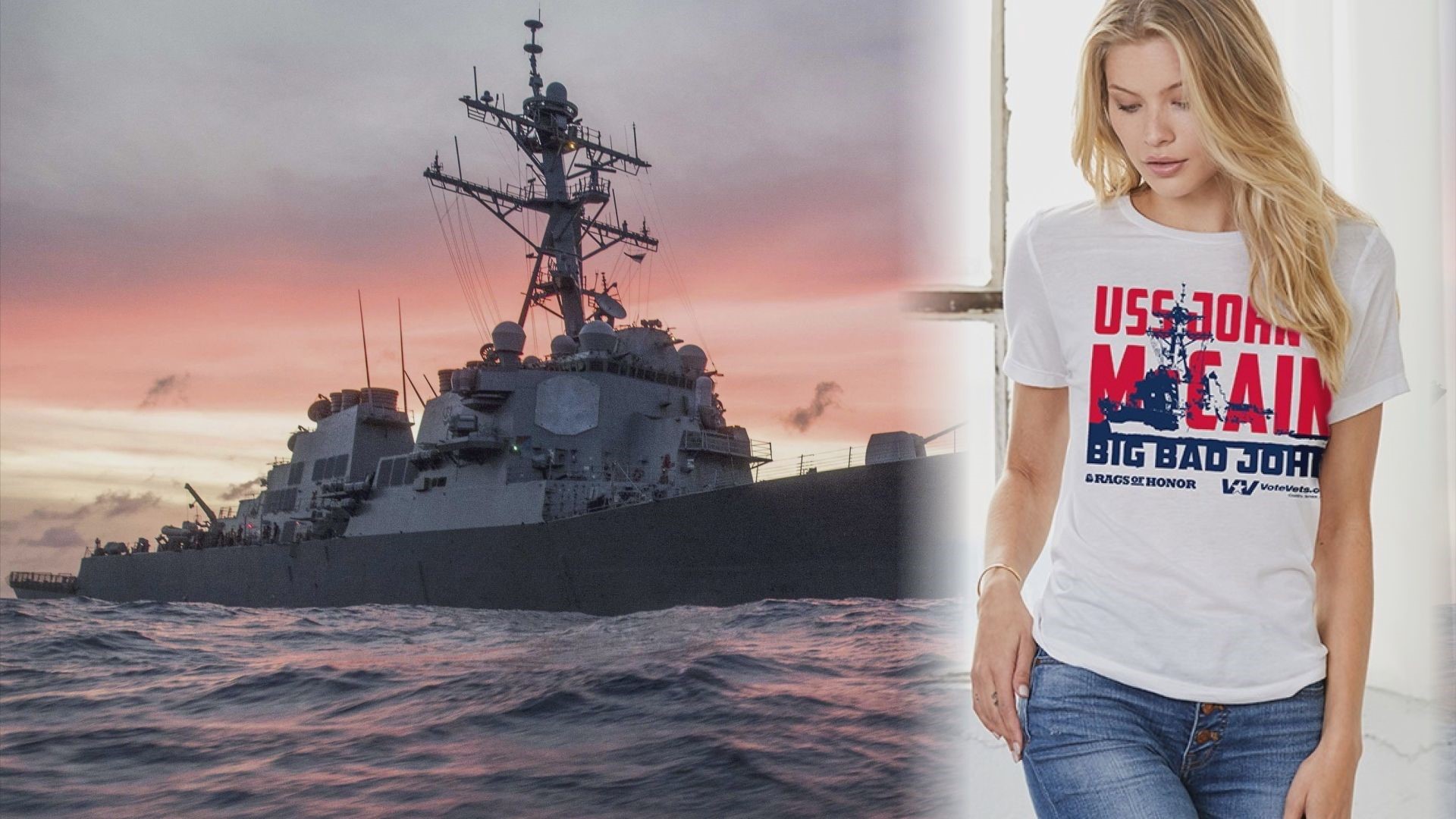 WASHINGTON – With President Trump set to take center stage during the “Salute to America” celebration at the Lincoln Memorial, there’s a new production plot twist to the Independence Day celebration – one that could draw the Commander-In-Chief’s ire.

Distributed for free, by veterans.

Handed to revelers before the president addresses the nation, on the Fourth of July.

RELATED: Looking for a fun fireworks show this July 4?

The progressive group VoteVets.org and apparel company Rags of Honor made the announcement Friday, not yet a month after a now infamous imbroglio involving Mr. Trump and the Navy destroyer named after three generations of the McCain Family.

Before the president addressed sailors based in Yokosuka, Japan, a White House email directed the U.S.S. John McCain to be kept out of sight. Mr. Trump and top Pentagon officials denied knowledge of the matter, blaming the communication on lower-level staff who wanted to please the president.

The T-shirts at the center of a potential fashion feud, undoubtedly set to face more MAGA hats than in years past, feature an image of the ship and its nickname printed in bold type, “Big Bad John.”

Veterans will gather outside the White House on July 4, then hand out the shirts across the National Mall before sunset, a spokesperson for Rags of Honor said.

“Whether it was Sen. McCain, his father, his grandfather or his sons, the McCain family has given more to this country than most,” said Mark Doyle, founder of Rags of Honor. “And America’s birthday seems like a great time to honor that service and sacrifice.”

The two groups are not marketing the shirts as an explicit way to troll the president, but the subject matter and timing are unmistakable.

Shirts will also be handed out to members of the House and Senate before the festivities begin. There are no plans, as of now, to deliver the shirts to the White House.