"We're already seeing that the Christmas shopping season will be disrupted by supply shortages but it's likely to last well into next year as well." 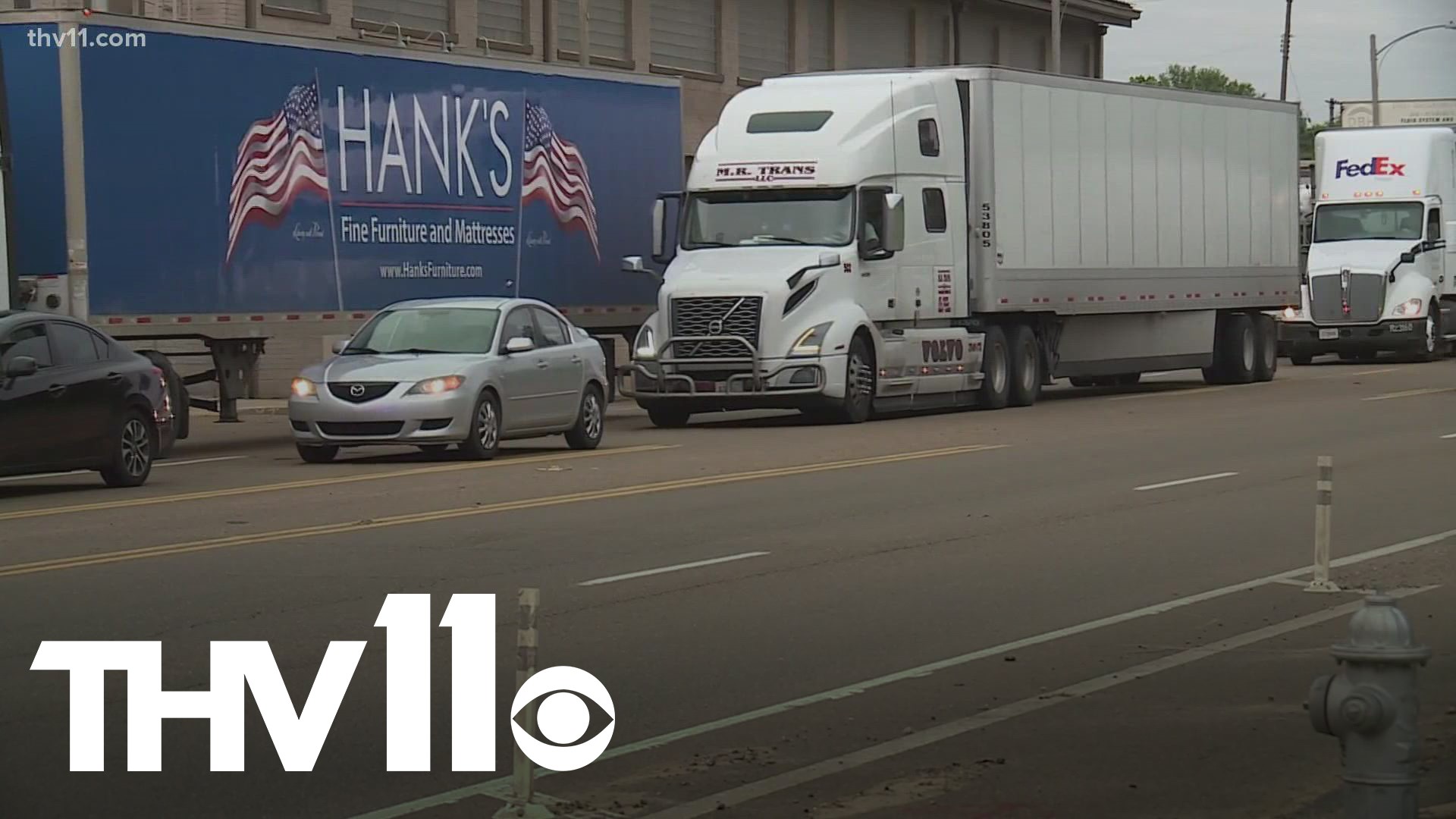 LITTLE ROCK, Ark. — We've seen shortages for everything throughout the pandemic, from toilet paper to chicken wings. Now, there's another shortage that has persisted even before the pandemic – truck drivers.

"It's not hardly making a dent, so I mean we really need more drivers every day," Billy Pemberton said.

Pemberton knows all too well the issues that this shortage brings. He's the Director of Operations for CDL Academy, a truck driving school based out of Fort Smith.

"It's never been this bad," Pemberton said. "You know, I try to get as many out as I can because the shortage is so great."

When Pemberton said there's a shortage on drivers, he's not talking about just a couple – he means thousands.

"The trucking industry has had a shortage of drivers even before COVID ever even struck us," Michael Pakko, Chief Economist for the Arkansas Economic Development Institute, said.

The pandemic made matters worse for the industry that was already struggling.

So, what caused this?

The pandemic had to do with a lot of this as industries worldwide were shut down. But, with less drivers comes more backups and that's making it even more difficult for them to bounce back.

"Some 70% of all the goods that are purchased in this country are delivered at some point via truck," Pakko said. "So it really disrupts the availability of all sorts of goods."

That issues could get even worse. We're quickly approaching the holidays, one of the busiest times of year for drivers.

"You've got more deliveries needing to be made than you've had all year long," Pemberton said. "Then you've got the weather aspect. Up north they're already seeing ice and snow. So as a truck driver, you've got to deal with all that."

Getting out of this isn't a simple solution, Pakko said. We could be feeling the ramifications of this for a while.

"We're already seeing that the Christmas shopping season will be disrupted by supply shortages but it's likely to last well into next year as well," he said.

But Pemberton isn't letting that slow him down, or make his job any harder.

"It's like I tell my students. You may not have the job that you want, but you will have a job with a CDL," he said. "So it kind of takes a little bit of stress off because you know you're never gonna go without a job."