Critics of the flag say it's a reminder of hate and racism as it bears the Confederate battle flag. 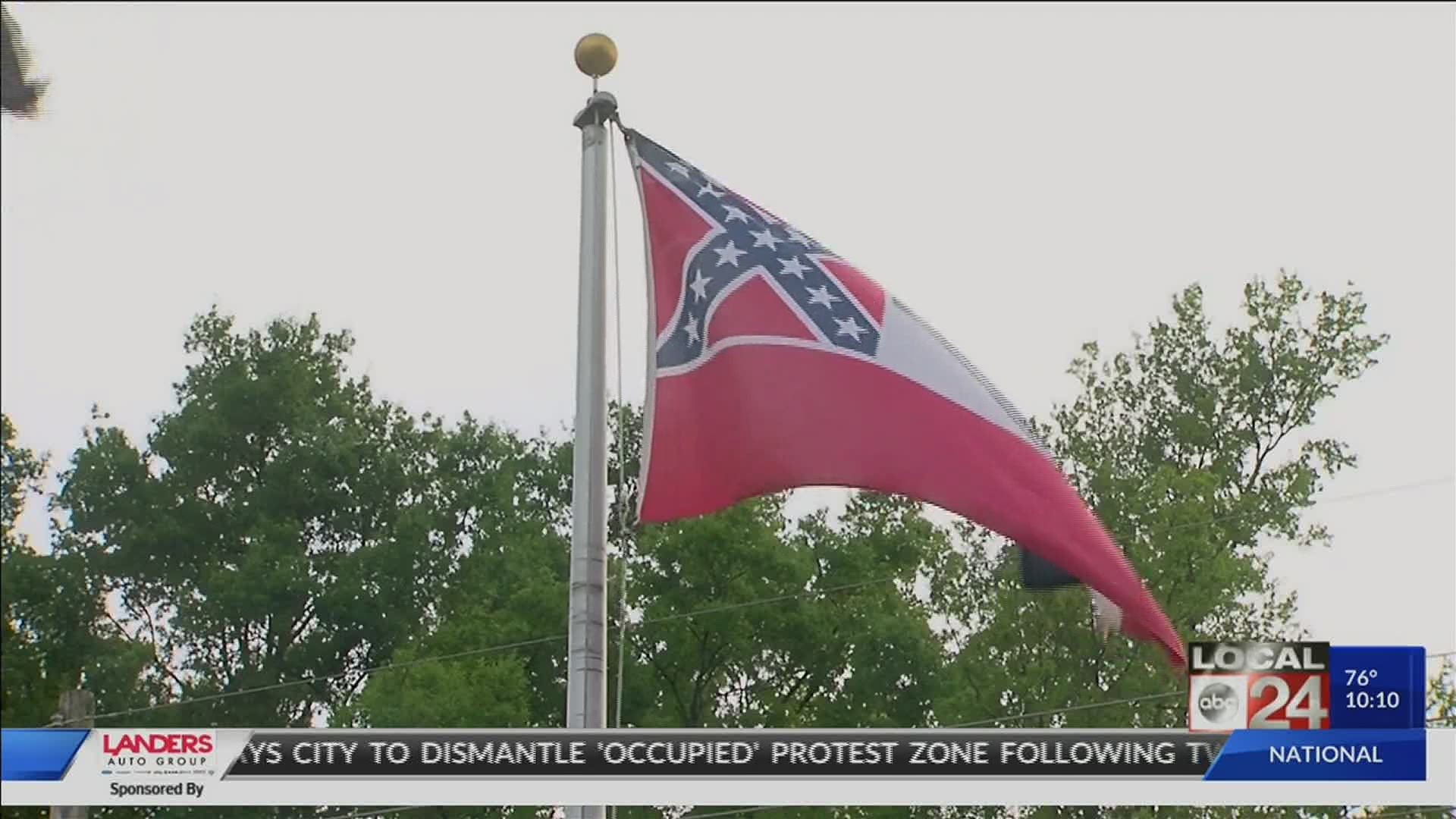 The Tunica County Board of Supervisors voted Monday to no longer display or fly the Mississippi state flag on any county properties or buildings. The board is also looking to compile a list of county streets, roads, and buildings referring to the confederacy, so they can work to have the names changed.

Along with its decision, the board said the flag is not inclusive to all Mississippians. Tunica native Arielle Hudson said the flag represents hate, racism, and oppression due to its resemblance to the Confederate battle flag.

"Tunica County is a county that is predominantly, 80%, African American, so I think this is a move that is long overdue," Hudson said.

Rev. McKinley Daley, the president of the Tunica County Board of Supervisors, said this flag is dated and Mississippi needs to follow suit of other communities fighting for equality.

"This flag, in its current form, was adopted in 1894," Daley said. "It is the only flag that incorporates the Confederate battle flag in all the other states," Daley said.

Gov. Tate Reeves said in a statement on Facebook, "We must work together to find a solution that, once all is said and done, unites us as a people proud of our future! I’ve been thinking and praying hard about the best way to accomplish that."

In that same post, Reeves mentioned the 2001 referendum to change the state flag that was ultimately voted down.

"Over the last several years, I have repeatedly warned my fellow Mississippians that any attempt to change the current Mississippi flag by a few politicians in the Capitol will be met with much contempt," Reeves said. "If the leadership in 2001 had not put it on the ballot, then the conversation may be different. But they did."

Hudson said it's time to bring this issue to the forefront again as the "conversation is already different from 2001."

"I think we should take down the current one and then engage in a democratic process that includes all voices," Hudson said.

Daley and Hudson hope this move will set an example for other counties to follow.

"I think it will show this county is ready to move forward," Daley said.

RELATED: SEC might stop holding championship events in MS until flag is changed