After contracting COVID-19, these two Arkansans regret not getting vaccinated

David Begnaud spoke to two patients in Arkansas who say they regret not getting the COVID-19 vaccine. A little more than a third of the state is fully vaccinated. 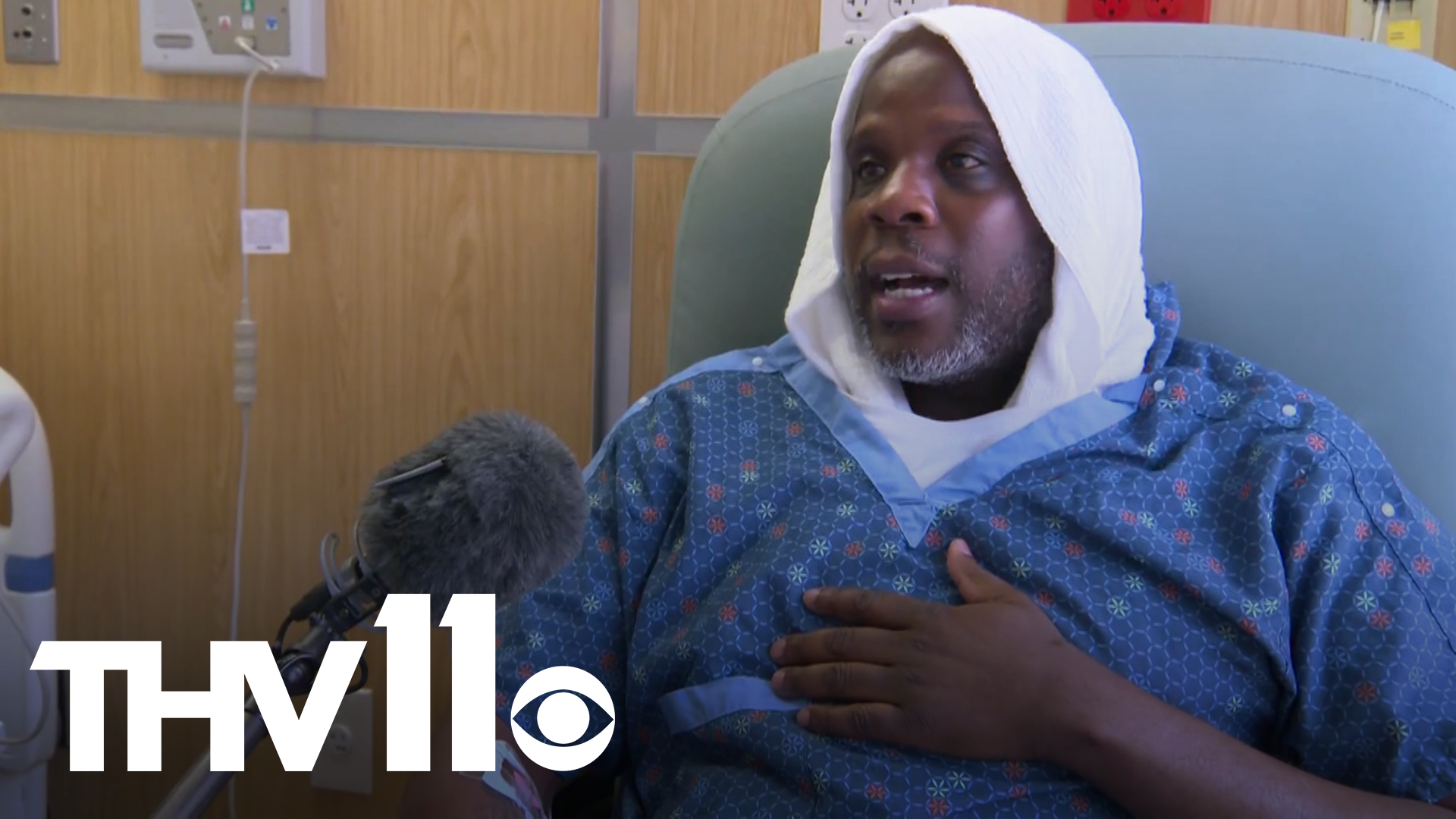 LITTLE ROCK, Ark — Cases of COVID-19 are up in all 50 states and that hasn’t happened since January. In Arkansas, 12 out of every 100 people have tested positive for the virus and hospitals are overwhelmed.

Lamonte Boyd, a 42-year-old father of three, said he didn't listen to doctors or even his wife when she got vaccinated and told him he should too.

"I thought the vaccine was a hoax," Boyd told CBS News.

Before he got sick, Boyd initially brushed it off and "thought it was a joke." He is now urging others who were vaccine hesitant to get it.

"I would tell those who don't want to take the vaccines, you playing Russian roulette with your life,” he said.

Boyd was diagnosed with COVID nearly two weeks ago. He developed pneumonia in both lungs and still struggles to breathe.

“Right now as we talk. My wind is short. That's why, you know, I'm really gasping for air now,” he said.

Currently, Arkansas has the third lowest vaccination rate in the country. A little over one in three people have gotten both shots. The state is now in its third surge of COVID cases.

"Our team is in the fourth quarter right now, or maybe even double overtime. This is not the first quarter for this team," Dr. Cam Patterson, Chancellor at the University of Arkansas for Medical Science told us. "They're tired. It's tough.”

Patterson, who has stood alongside Governor Asa Hutchinson many times educating the public about how effective the vaccines are, has a message for those still skeptical.

A 62-year-old woman, who spoke to us but didn't want to use her name, said she regrets not getting the vaccine.

She told us that "it's a life or death sentence, it's not a joke."

Since January, 98% of COVID patients hospitalized in Arkansas were unvaccinated.

Another mask mandate is not an option in hard-hit Arkansas because it’s state legislature passed a law preventing the governor from enacting one.  The law is set to go into effect next week.