Police say the 10-year-old and 3-year-old died after being hit by a truck around 4 a.m. at the county line of Jackson and Craighead counties. 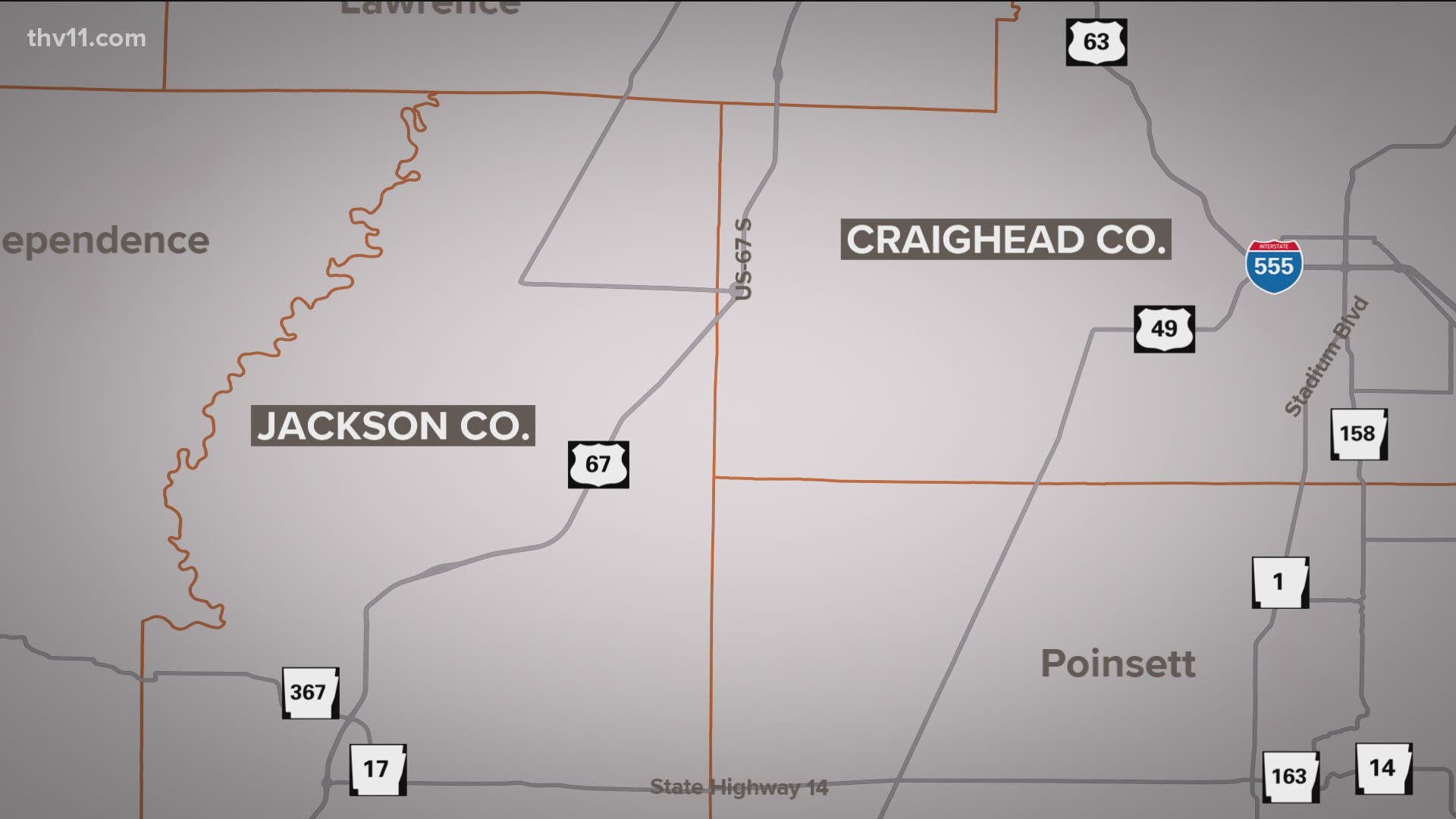 JACKSON COUNTY, ARKANSAS, Ark. — Two children have died after being struck by a tractor-trailer truck Tuesday morning, according to Arkansas State Police.

Police say they were notified of two children that died after being hit by a tractor-trailer truck around 4 a.m.

The children have been identified as 10-year-old Michael Rogers III and 3-year-old Princess Josh-Lyn Logan.

The two children were reportedly hit by a tractor-trailer truck on Highway 67 near the 98 mile marker of the county line of Jackson and Craighead counties.

The driver, 77-year-old Gerald Sanders, was not injured during the incident.

The mother of the children, 26-year-old Latoya Taylor, was found at the scene when troopers arrived but was not physically injured.

No arrest has been made at this time.